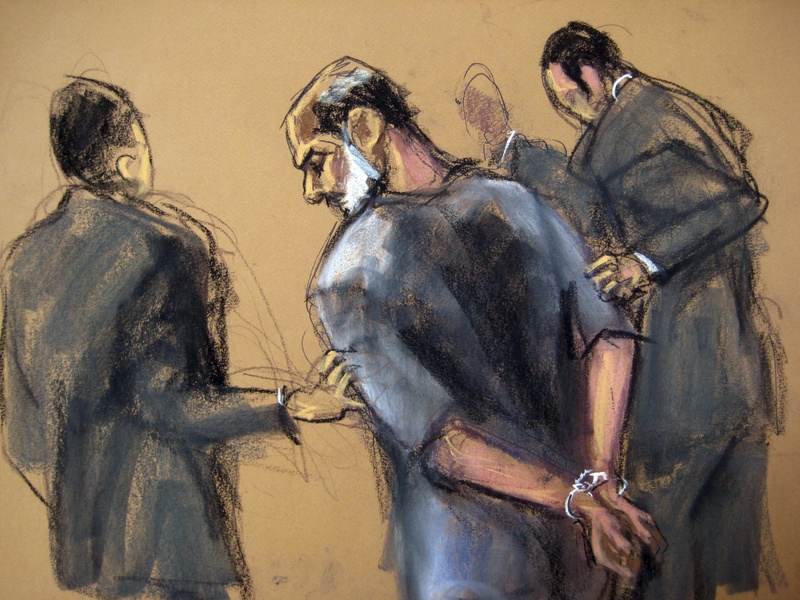 Suleiman Abu Ghaith, a militant who appeared in videos as a spokesman for al Qaeda. ©REUTERS/Jane Rosenberg
Osama bin Laden's son-in-law has hired a new lawyer to defend him in the trial he faces in the United States, and the appointment stirred some controversy in the court on Wednesday, AFP reports. Suleiman Abu Ghaith, who appeared in a video September 12, 2001 with the Al-Qaeda leader claiming responsibility for the deadly 9/11 strikes on US targets, is accused of conspiring to kill Americans. He has pleaded not guilty. Federal Judge Lewis Kaplan set a January 7, 2014 date to start his trial. The 47-year-old Kuwaiti could be sentenced to life in prison if he is convicted. But Abu Ghaith, appearing relaxed, already stirred some controversy, in a preliminary hearing Wednesday, explaining his decision to drop court-appointed attorneys in favor of Stanley Cohen, who has experience defending Islamists, and is the target of two tax-related court cases. Kaplan told the defendant that there could be a potential conflict of interest if Cohen were to be found guilty and jailed during his case -- and that that could leave him with no defense. But Abu Ghaith rejected the judge's reservations. "I expect justice from the court," Abu Ghaith said in Arabic. Cohen "will not jeopardize his reputation as attorney," the defendant insisted. "I've probably done more terrorism cases than any other lawyer in this country. So it's not by accident that the family reached me," Cohen said. "I consider it a good fight." Abu Ghaith's earlier defense attorneys also questioned whether Abu Ghaith can get a fair jury trial in a courthouse just a few blocks from the site of Manhattan's World Trade Center, where nearly 3,000 people died in the September 11, 2001, Al-Qaeda attacks.