Psy goes from 'Gangnam' to hip-hop style in new song 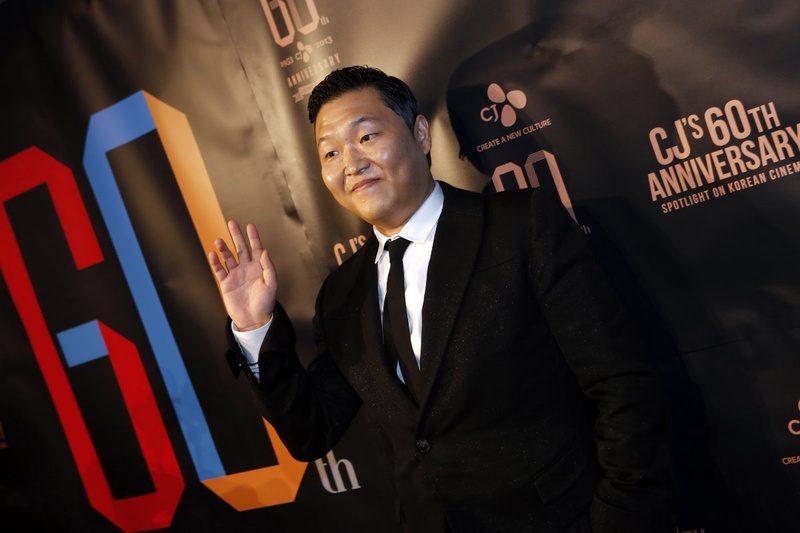 Psy, who set off a global sensation with "Gangnam Style," tried out a fresh sound Sunday as he released a hip-hop tale of drunken debauchery co-starring rap legend Snoop Dogg, AFP reports.

The video features Psy and the notoriously hard-partying Snoop Dogg on a night of intense boozing. The subject matter is apparent from the video's first moments in which Psy vomits in a toilet bowl, only to start tapping his hands to the rhythm as Snoop Dogg jumps out of a bathtub revved up to party.

In a line that could quickly become a favorite in late-night bars the world over, the song goes: "The party's over! It ain't over!" and, "Drink it up and get sick. Bottoms up, get wasted."

The video takes the duo on a beer-sodden adventure through Seoul's rambunctious nightlife. At one point, young women twerk to the music and later Psy and Snoop Dogg skip through the streets with two flirtatious middle-aged women they met at a karaoke bar.

"I can't stop. Making bottles pop until the wheels go out," Snoop Dogg raps. "I can't quit. I wake up in the morning do the same sh*t."

Psy released "Hangover" on YouTube, an appropriate forum for him after "Gangnam Style" became the most viewed music clip ever on the video-sharing site with more than two billion views.

In an elaborate roll-out for the video, Psy and Snoop Dogg also appeared on a special edition of the "Jimmy Kimmel Live!" comedy show in Los Angeles broadcast before game two of the National Basketball Association finals.

Psy, whose real name is Park Jae-Sang, said that he and Snoop Dogg wrote the song through online collaboration and filmed the video together in Seoul in just 18 hours of production without breaks.

Psy said that he initially telephoned Snoop Dogg to pitch working together.

Snoop Dogg said that he "felt like I was in an action movie" by shooting a video in Asia.

"For me, it was awesome, because I've always wanted to be in a martial arts movie," he said.

For the show, host Kimmel, Psy and Snoop Dogg appeared together at a Los Angeles karaoke club where Psy performed Snoop Dogg's signature 1994 hit "What's My Name?" and the South Korean star delighted the crowd by putting on his horse-riding-like dance moves from "Gangnam Style."

The "Gangnam Style" dance has spawned myriad imitations in videos around the world, in a global success all the more surprising as -- unlike "Hangover" -- the song is in Korean.

"Gangnam Style," however, is at its root satirical, poking fun at the quest for material wealth and status epitomized by Seoul's tony Gangnam district.