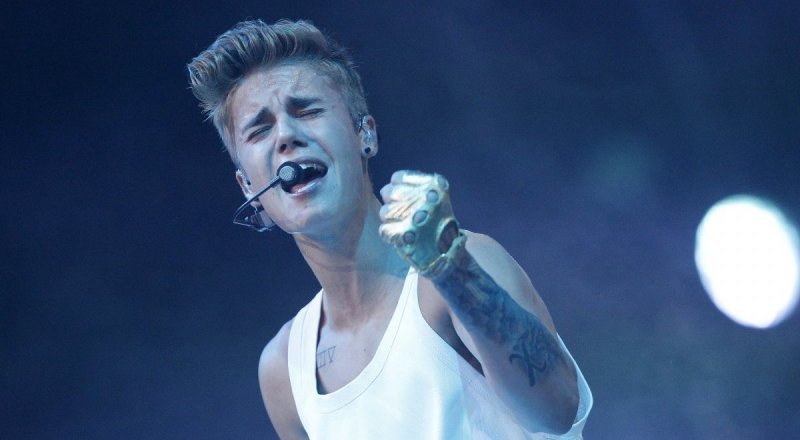 The 21-year-old Canadian singer's "What Do You Mean?", a song about indecision set over a mellow dance-club beat, has been streamed more than 21 million times globally since its release on August 28, Spotify said.

The Swedish streaming leader said that the figure, which looked at only the first five days, already accounted for a first-week record.

The previous record, at 20 million streams, was set last month by British boy band One Direction for "Drag Me Down," the group's first track since original member Zayn Malik left.

Bieber enjoyed a spike in streams after he performed two songs including "What Do You Mean?" at the MTV Video Music Awards on Sunday night.

Triggering much commentary on social media, Bieber was visibly crying toward the end of his choreographed performance.

He later told US talk show host Jimmy Fallon that he was overcome by the Los Angeles crowd's support as he had been booed at his last performance at such a show -- the Billboard Awards in 2013.

Since his last album "Believe" came out in 2012, Bieber has become a frequent target of jokes for his off-stage antics.

Among incidents, Bieber was caught racing a Lamborghini in Miami Beach while under the influence and without a license.

A judge separately ordered him to undergo anger management courses for throwing eggs at a neighbor's home in Los Angeles. A judge in Argentina recently dropped a bid to arrest him for allegedly assaulting a photographer.

"What Do You Mean?" is expected to appear on Bieber's next album which is slated for release on November 13 and whose title is not yet known.

Bieber has been working on the album, his fourth, with legendary producer Rick Rubin, who was an early champion of hip-hop, as well as electronic DJ Skrillex and rap superstar Kanye West.