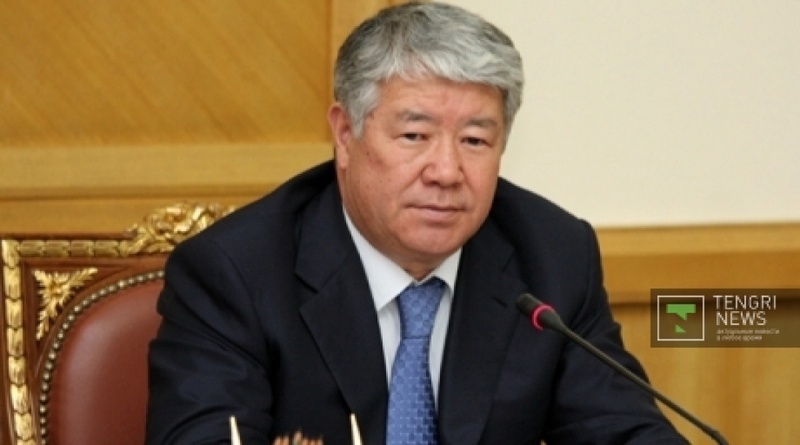 Almaty Akim Akhmetzhan Yessimov. Photo by Yaroslav Radlovskiy©
Akim (Mayor) of Almaty Akhmetzhan Yessimov called non-governmental organizations (NGOs) to support government efforts in countering spread of religious extremism, KazTAG reports. “State authorities are working to stabilize the religious situation. But we think that this work would be much more effective if it had support of social organizations and NGOs. I am sure that public sector has significant power, experience and knowledge in this area,” Yessimov said at the 7th Almaty Forum of Non-Governmental Organizations on Friday, September 09. He noted that the issue of religious extremism and terrorism “is one of the serious challenges of our time.” Currently Kazakhstan does not have any serious local social-economic or political reasons that could serve as a foundation for extremist and terrorist ideology. But this does not mean that they are no threat to our national security. We need to jointly perform explanatory work to prevent the spread of extremism ideology in our society,” Yessimov said. Recommendations made after the forum’s public hearings and discussions of development of inter-confessional harmony contained several concrete suggestions. “We need to take steps to introduce the History of Religions classes in schools and Theology classes in universities, hold regular sociological surveys of religious and inter-religious relations, establish a theological research center, develop a system of indicators to measure influence of religious institutions on the society and monitor this influence on regular basis, monitor the media to identify the level of effect of religious institutions in the media and through the media,” the forum’s final document states. “Almaty has always been an important center of social-political and social-economic life of the country. Right now we have 6 thousand NGOs in Almaty, while there were only 100 of them in early 90s. Half of all the country’s NGOs are located in Almaty,” Yessimov said.