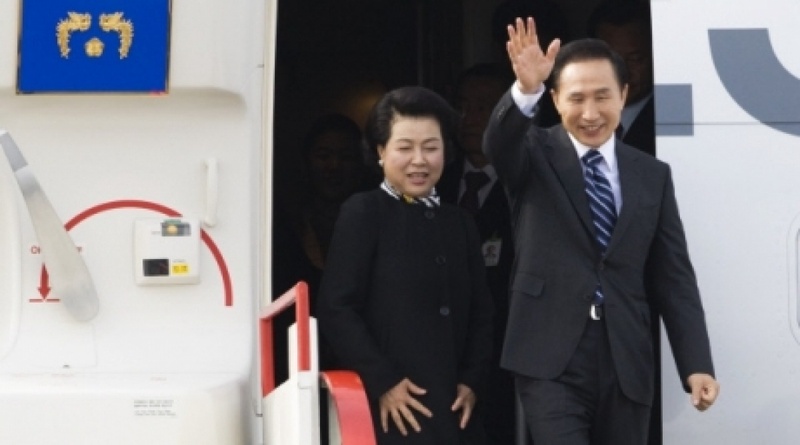 President Lee Myung-bak of South Korea. ©RIA Novosti
President Lee Myung-bak of South Korea arrived in Astana August 24 on an official visit, Tengrinews.kz reports. Kazakhstan’s Minister of Industry and Trade Asset Issekeshev met the President and his spouse at the international airport of Astana. Tomorrow South Korea’s President is expected to have talks with President Nazarbayev. They are expected to sign a memorandum in the railways transport realm. Kazakhstan’s readiness to sign the document was confirmed by Transport Minister Berik Kamaliyev. August 25 Astana will be hosting a Kazakh-Korean business forum. Early May Tengrinews.kz reported that Kazakhstan’s Senate had ratified an agreement between Governments of Kazakhstan and South Korea to allocate land plots to South Korea for construction of diplomatic premises of South Korea in Astana. The regulation allows the Korean side to use the land plot [allocated to construct the nation’s Embassy in Astana] for 49 consecutive years. The land plot totals 1 hectare. Another half a hectare is allocated to accommodate South Korea ambassador’s residence. According to the Agreement, the rent rate stands at 25 US Dollar Pence per 1 square meter. The Korean side is exempted from any taxes.
Malians pick new president in crucial run-off