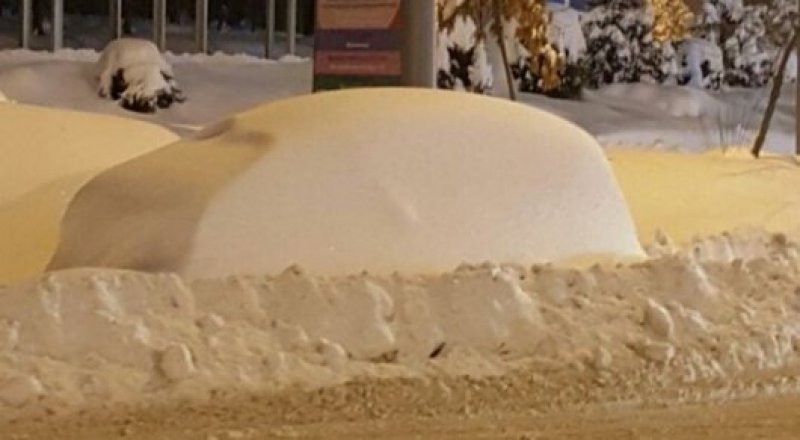 A car buried under the snow © Tengrinews.kz

"This is expected on the territory of the Eastern Kazakhstan, Northern Kazakhstan, Pavlodar, Kostanay oblasts, as well Almaty oblast, and leads to the fact that the snow reserves can be a threat to the living of the population", - he said.

According to weather forecasters, at the beginning of next month, the country expects a slight warming. However, it will not last long. "In the north and east the temperature will drastically decrease soon.  The thermometer will sometimes show drops to minus 30 degrees. At the moment, all emergency services have been translated into enhanced mode, highways are equipped with 40 medical and rescue stations and dozens of points of heating."

"But most of all emergencies are concerned that an abnormal amount of snow can cause spring flooding. Therefore, they call to prepare for floods in advance: remove the snow away from residential places and to carry out descents of avalanches in mountainous areas.

In November in Almaty and Almaty region there was an unprecedented snowfall. The monthly precipitation normal of more than 73 millimeters had occurred. The weather caused incredible traffic jams on the roads in the city. Utility services barely cope with street cleaning. Over the period of four days, the city exported 123,000 cubic meters (almost 2,300 railway wagons) of snow.