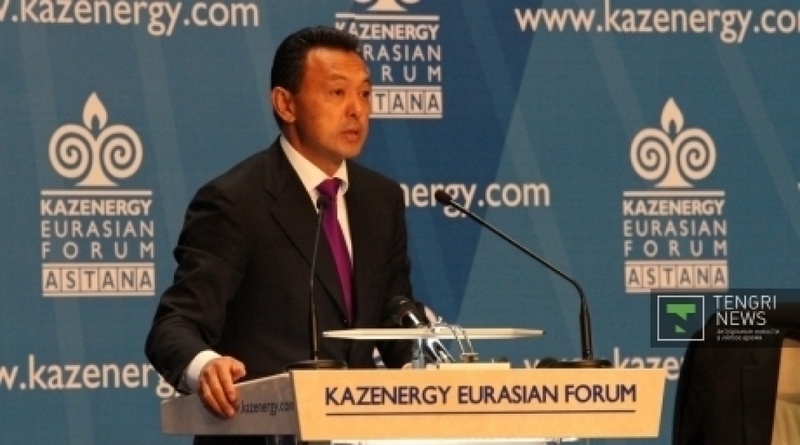 Kazakhstan Minister of Oil and Gas Sauat Mynbayev
LG Chem of South Korea has been chosen as a strategic partner of Kazakhstan to complete the 2nd stage of construction of the integrated gas chemical complex in Atyrau, Minister of Oil and Gas Sauat Mynbayev said speaking at the VI KAZENERGY international forum in Astana October 4. Kazakhstan had been choosing between LG Chem Ltd. and International Petroleum Investment Co. of the UAE. “LG Chem will be our strategic partner (…) in 2011 we signed an agreement to establish a JV with Kazakhstan Petrochemical Industries and a memorandum on financing the project”, the Minister said. “The cost of the 2nd stage makes up $4.3 billion. The construction is to be completed in 2016”, Mynbayev elaborated. Once the 2nd stage is completed, the complex will be able to produce 800 000 tons of polyethylene a year. When the 1st stage is completed, the facility will be producing 500 000 tons of polyethylene a year. The 1st stage was launched in 2010 and is to be complete by 2015. Sinopec Engineering of China is the major subcontractor. The 1st stage is estimated at $2 billion. KAZENERGY Eurasian Forum, an influential dialogue platform uniting the entire energy industry and bringing together oil and gas companies, is held at the Astana-based Independence Palace October 4-5, 2011. The 6th KAZENERGY Forum in Kazakhstan focuses on 20 Years of Sustainable Growth, New Horizons of Investments and Stable Cooperation.