Kazakhstan now has enough funds to send its cosmonaut to the International Space Station12 сентября 2011, 00:01 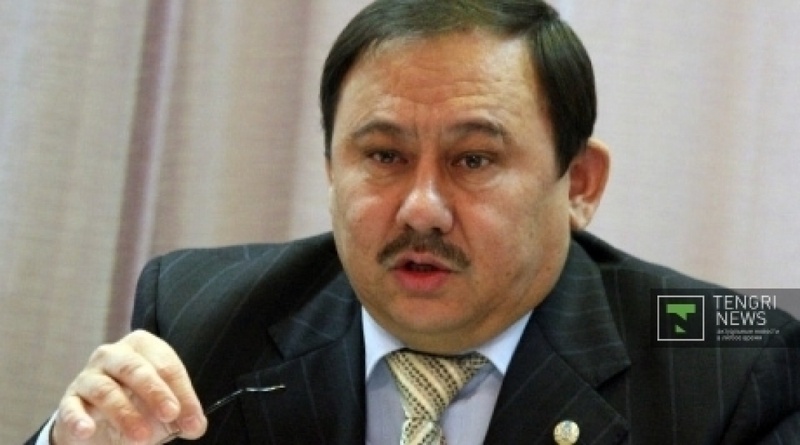 Talgat Mussabayev. ©Yaroslav Radlovsky
Kazakhstan now has enough funds to send its cosmonaut to the International Space Station (ISS), Interfax-Kazakhstan reports, citing Talgat Mussabayev, Head of the National Space Agency KazKosmos. “Back in 2009 Kazakhstan could have sent a cosmonaut to space. However, the global financial crisis hit the country, and among other things the National Budget Committee sequestered the allocated money. Today Kazakhstan has both money and desire to send a cosmonaut to the ISS; there are two prospective cosmonauts, but they are facing lack of opportunities as Russia-made Soyuz rockets are now the only means of transporting cosmonauts of all countries to the ISS [with the US shuttle program terminated]”, Mr. Mussabayev said. According to him, Kazakhstan tried to arrange a flight using Russia’s quota, but faced refusal. “Kazakhstan is not part of the ISS project, and Russia cannot take the decision [on letting Kazakhstan cosmonauts fly] on its own”, he elaborated. Two Kazakhstan’s prospect cosmonauts – Mukhtar Aimakhanov and Aidyn Aimbetov – were trained at the Russian cosmonauts’ training center in 2007. One of them was supposed to fly to the ISS in 2009, but the flight was postponed by the Kazakh side due to lack of finance. In line with the agreement signed with Russia, the cost of sending a Kazakh cosmonaut to the ISS would have made up about $30 million. Tengrinews.kz reported earlier that Mukhtar Aimakhanov considered obtaining Russia’s citizenship to join the crew of Russian cosmonauts to go to the ISS. Talgat Mussabayev is a Kazakh test pilot and former cosmonaut who flew on three spaceflights. His first two spaceflights were long-duration stays aboard the Russian space station Mir. His third spaceflight was a short duration visiting mission to the International Space Station, which also carried the first paying space tourist Dennis Tito. “You are not a baby. I am not a babysitter. I am commander. You are 'first cosmonaut tourist,' an 'engineer in education.' It is very important for mankind”, Newsweek quoted Talgat Musabayev, cosmonaut commander, regards Dennis Tito, as saying in April 2001.