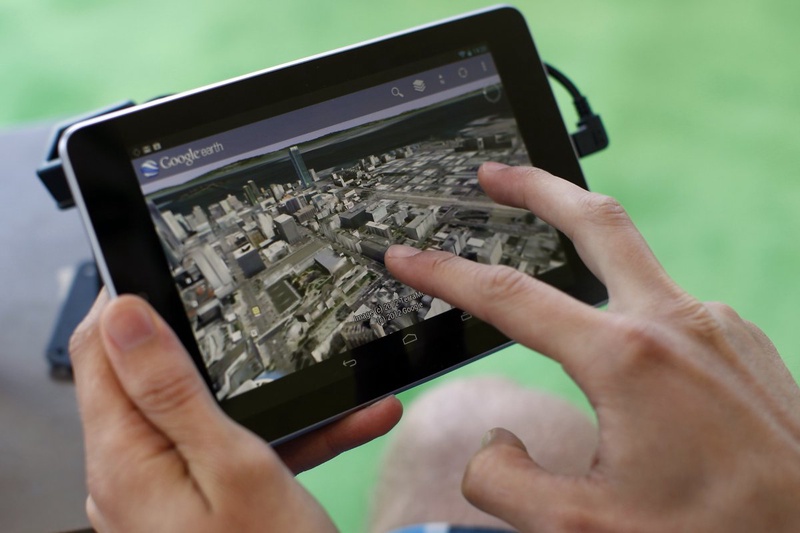 ©REUTERS/Stephen Lam
Google on Wednesday released an upgraded version of its popular maps app for Android-powered smartphones and tablets that ditches a Latitude feature that let people share locations with family or friends, AFP reports. The new software began rolling out at the online Google Play shop, and a version tailored for iPhones and iPads will soon be available at the Apple App Store, according to Google Maps director Daniel Graf. "The new Google Maps for mobile builds on the design we released for iPhone last December and improves on it with a few useful search and navigation features," Graf said in a blog post. "It's a new mapping experience that makes exploring the world and getting to the places that matter to you a lot faster and easier." A Latitude feature that let people automatically share their locations with friends using GPS capabilities in smartphones will be "retired" by August 9 along with the ability to "check-in" at spots being visited, according to Graf. "We understand some of you still want to see your friends and family on a map, which is why we've added location sharing and check-ins to Google+ for Android," Graf said, noting that it would soon be added to gadgets powered by Apple's mobile operating system. Google+ is the California-based Internet titan's online social network, which it has been gradually weaving into its array of online services. Enhancements to the new version of Google Maps include being able to see reports of trouble on selected routes and being automatically offered better ways to get to selected destinations. Google also customized a version of Maps specifically for tablets. "As more of us use mobile phones and tablets in our daily lives, information that's useful to you isn't just about what you need, but also where you might find it," Graf said. Google is tops in online maps and navigation, but Apple has been refining its own mapping software for iPhones and iPads, and Facebook is keen to follow members increasingly accessing the social network from mobile devices.