KazSat-2 to be using its capacities to the full in 2016: KazKosmos Head 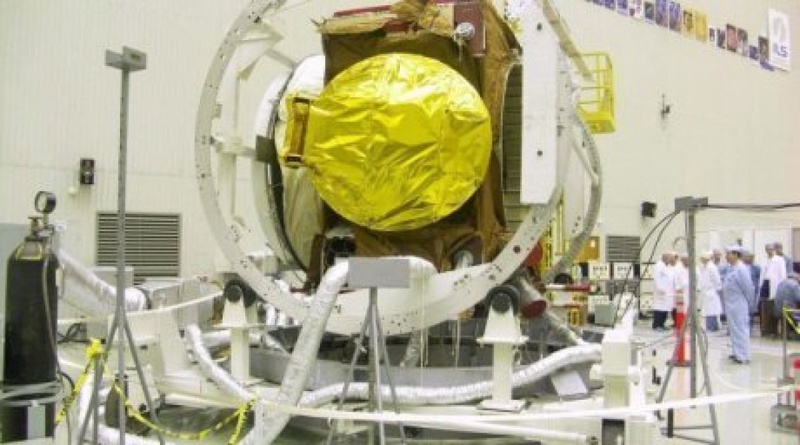 KazSat-2 will be using its capacities to the full in 2016, a Tengrinews.kz journalist reports from the country’s Majilis (lower chamber).

“There is a schedule for domestic mobile carriers to shift to KazSat-2 [from foreign satellites]. Unfortunately, mobile carriers have long-term contracts with foreign satellite operators. Should they terminate the contracts, they will face huge penalties (…) By 2016 KazSat-2 will have all its capabilities used to the full. KazSat-3 will be backing up KazSat-2 as soon as it is fully operational since the forthcoming September”, Saken Sarsenov, head of the Agency for Communications and Information said.

“The current share of KazSat-2 in the national market of satellite-assisted services only stands at 38%. Mobile carriers and broadcasters still rely on foreign space vehicles. Money keeps flowing abroad”, he said.

It features 12 Ku-band transponders for fixed communications and 4 Ku-band transponders for TV-transmissions and is intended for telecast, fixed satellite communication and data transmission for Kazakhstan and Central Asia. The unit weighs 1,330 kg, its service life is 12 years. According to Meirbek Moldabekov, Vice Chairman of KazKosmos, KazSat-2 cost $115 million and it will be recouped in 4 years’ time, if it is exploited at 80% of the capacities.

It was to supplement the KazSat 1 satellite, but it has replaced Kazsat 1 due to the complete loss of the first satellite.

“Today Kazakhstan’s mobile carriers pay about $30 million a year to foreign satellite operators. With KazSat-2 in place all the money will be retained in Kazakhstan”, he said at that time.