Journalists have toured the Winter Universiade-2017 venues in Almaty and according to the contractors, the construction works are going according to schedule.
20 июля 2015, 15:10
Новостью поделились: человек
©Roza Yessenkulova

Construction of Winter Universiade venues in Almaty will be completed by August 2016 , Tengrinews reports.

Approximately $758 million from the state budget are set aside for construction of three main venues for the event and installation of the additional utility lines.

Among these facilities are the Ice Stadium for 12,000 seats that will host the opening and closing ceremonies along with figure skating and curling competitions. The venue's land are will make 10 hectares (100 thousand sq m) making it the second largest sports facility in the post soviet territory.

In addition, a smaller Ice Rink for 3,000 seats and an Athletes’ Village capable of accommodating 5,000 sportsmen are being built.

“The big ice arena project is developed in two stages in two years. The venue consists of three parts - besides the ice rink there are also a swimming pool and a fitness center that can be used after the event as well during the competition. There are no similar projects in Almaty. It is unique. The building is earthquake resistant (it is designed to withstand a 10-magnitude earthquake). Various cultural events and expos can be held here once the Universiade is over,” said Aidyn Akbai, Deputy Director of Stroyteks construction contractor. According to Deputy Director of Bazis construction company Konstantin Kozlov, 970 workers are involved in the project.

He assured that everything was going on according to schedule and in some areas even ahead of it. “According to the agreement, we are to commission the facility (Ice Arena) in October 2016, but we will actually complete it in August. We will also test (arena) by holding competitions there,” Kozlov said.

Speaking about the progress of the constructed works he said that utility networks were being laid and metal roof framework was being installed. 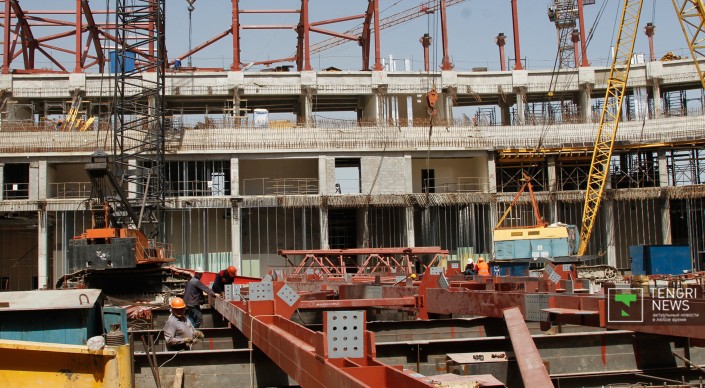 The international sports event is organized for university athletes by the International University Sports Federation. More than 3,500 athletes are expected to take part in the Universiade-2017. 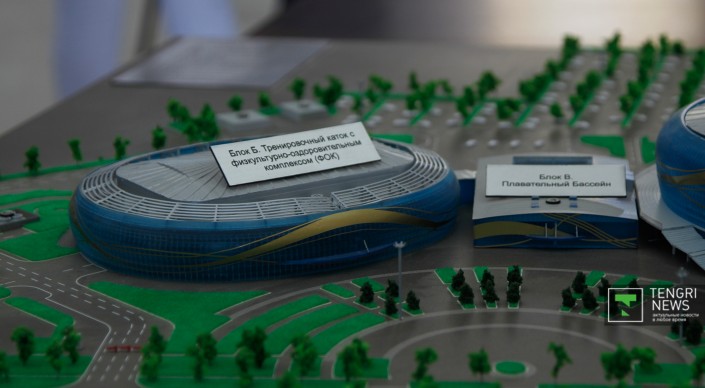