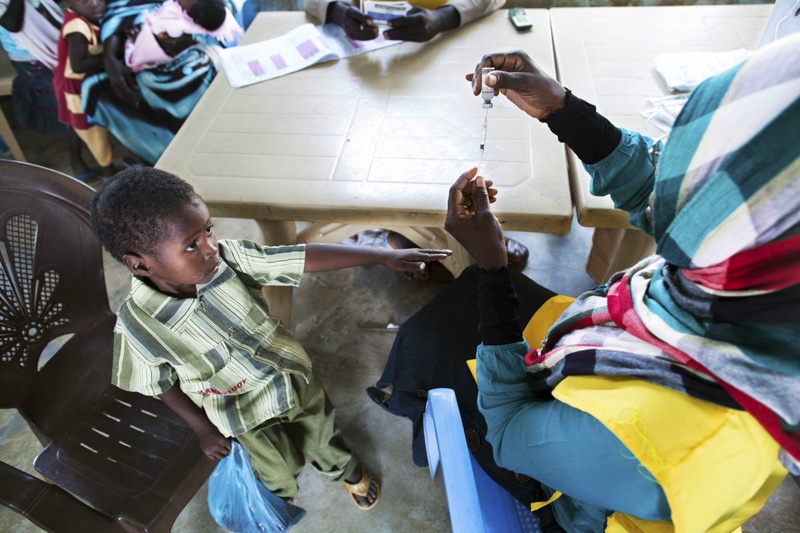 ©REUTERS/United Nations-African Union Mission in Darfur/Albert Gonzalez Farran/Handout
A new vaccine being rolled out in the "meningitis belt" that stretches across north-central Africa has reduced cases of the potentially fatal disease by 94 percent, AFP reports citing The Lancet. Researchers monitored the spread of type A meningococcal disease in Chad after the new vaccine, MenAfriVac, had been approved by world health watchdogs in 2010. Three regions of Chad where around 1.8 million people had been vaccinated by December 2011 were compared with the rest of the country where the vaccine had yet to be introduced. In the vaccinated regions, around 2.5 cases of meningitis of any kind, and none of meningitis A, were recorded per 100,000 people, compared to more than 43 cases per 100,000 in the unvaccinated areas, a fall in incidence of 94 percent. The risk of transmitting the germ was reduced by 98 percent among those who had been vaccinated, according to throat swabs and other evidence. "This is an extremely encouraging signal for those countries that have yet to introduce the vaccine," said Jean-Marie Okwo-Bele, director of the Department of Immunisation, Vaccines and Biologicals at the World Health Organisation (WHO). "We are not even halfway done with introducing this revolutionary new vaccine across the meningitis belt of Africa, yet we already have extraordinary results." Meningitis causes an inflammation of the membranes that protect the spine and brain. It can cause deafness or paralysis and can be life-threatening. Several species of bacteria can cause the disease, but the most prevalent strain is called serogroup A. Around 450 million people are at risk from meningitis A in a band of 21 countries stretching from Senegal to Ethiopia. MenAfriVac, developed under a public-private partnership, is being rolled out across the "belt" to people aged one to 29. So far more than 100 million people have been vaccinated. An outbreak in 14 African countries in 2009 caused more than 88,000 suspected cases and at least 5,000 suspected deaths.