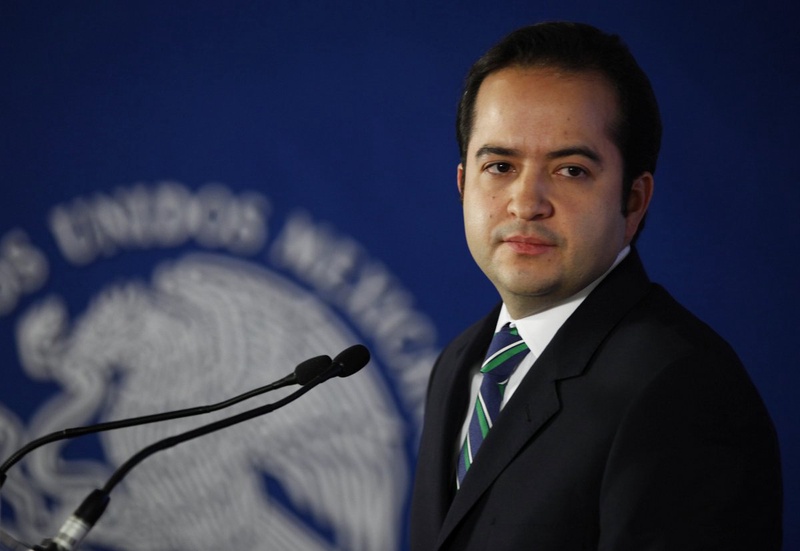 Mexico's Interior Minister Alejandro Poire. ©REUTERS/Tomas Bravo
Mexico's interior minister suggested Wednesday that a mobile software app could help crack down on the country's crippling drug-related crime, AFP reports. Speaking at a conference hosted by search giant Google in California, Alejandro Poire said the new government was determined to get a grip on the violence wracking Mexico, and technology could help. "Ninety-five million people in Mexico own a cell phone today. These are a powerful tools that can help us get information, obtain it from images," he said at the conference in Thousand Oaks, northwest of Los Angeles. "What if we could develop a system that uses this technology and actually went not just to the people in the call center, but to citizen watchdogs that would allow us and help us to monitor" criminals, he asked. He continued: "We could probably produce a simple, practical, very basic software that would allow us to increase our capabilities of reporting crime to police." Poire, Mexico's fifth interior minister since 2006, noted that the country's murder rate last year was 22 homicides per 100,000 inhabitants, nearly twice as high as only eight years ago. Former Mexican President Felipe Calderon named Poire as interior chief last November, after the previous post holder Francisco Blake died in a helicopter crash.