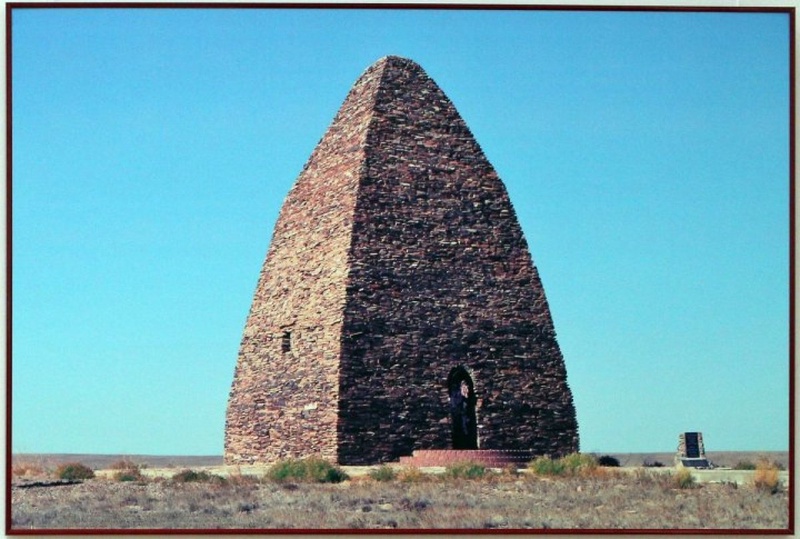 Mazar Kozy-Korpesh and Bayan Sulu, 10-11th centuries AD. Ayagoz district. East Kazakhstan Oblast, in eastern Kazakhstan. In Islam, Mazar (shrine) is the tomb of a saint man. It is one of the Kazakh ancient monuments which is extant today. Kozy-Korpesh and Bayan Sulu is one of the Kazakh most popular lyric poems. The image of these folklore heroes is the symbol of the eternal love between young man and girl, Kazakh version of Romeo and Juliet.
In April, 2014 the Kasteyev Arts Museum hosted a photo exhibition called My Kazakhstan. Igor Vovnyanko is the author of the works presented at the exhibition. He is a famous film director and Chairman of Kazakhstan Filmmakers' Union. The exhibition is the main part of the series called The Anthology of Ethnic and Architectural Landscape of Kazakhstan. Photos by ©Yaroslav Radlovskiy