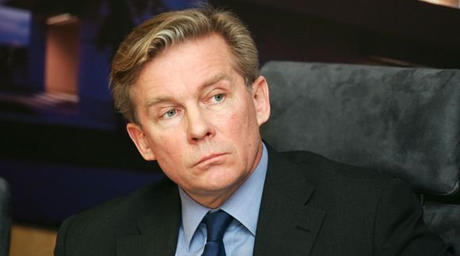 OSCE Chairman-in-Office names greatest achievements of Kazakhstan
Kazakhstan’s President Nursultan Nazarbayev met Lithuanian Foreign Minister and OSCE Chairman-in-Office Audronius Azubalis. “The major achievement of Kazakhstan for the 20 years since gaining independence is dynamic development of the economy. The nation is strengthening its weight both in the world and in the region; all the favorable conditions have been put in place to foster business; the people enjoy a stable social environment”, Mr. Azubalis said today in Akorda, Presidential Palace in Astana, following the talks. OSCE Chairman-in-Office emphasized that Lithuania is interested in cooperation with Kazakhstan within the OSCE Troika, especially when it comes to issues of Central Asia, Akorda Press Service reports. “During the crisis in the neighboring Kyrgyzstan, Kazakhstan responded fast and contributed to stabilization”, Mr. Azubalis was saying as quoted. Besides, President Nazarbayev and Mr. Azubalis discussed forthcoming accession of Kazakhstan into the WTO. From the EU perspective, this organization is of paramount importance to ensure fair business conditions, Mr. Azubalis said. Mr. Azubalis expressed his admiration for Astana. “Removal of the capital from Almaty to Astana was a bold decision, given that it took place at the dawn of Kazakhstan’s independence. You have all the reasons to be proud of your capital”, he said.