Head of the Department of Natural Resources and Environmental Control explained why there is still plenty of snow on the roads.
17 ноября 2016, 15:12
© Tengrinews.kz

Head of the Department of Natural Resources and Environmental Control Eldar Kildibaev explained why, despite the ongoing works on snow removal on sidewalks and roads there is still plenty of snow remaining, Tengrinews.kz reports.

According to him, the existing number of workforce and technology is not enough, and the authorities cannot afford to keep the required number of staff for the emergency cleaning.

He spoke about the history of snow removal in the night from 16 to 17 November. "Nothing terrible has happened. It is snowing as it should be. The only minor challenge was that it started snowing at 1 am and all the amount of snow had precipitated by 6 in the morning. When the snow rate comprised five centimeters, we did the rock bedding. Then at 3 am there was sweeping, and we put another layer of rock bedding. Before the rush hour began we had done the sweeping one more time, so the roads were ready.” - Kildibaev said. 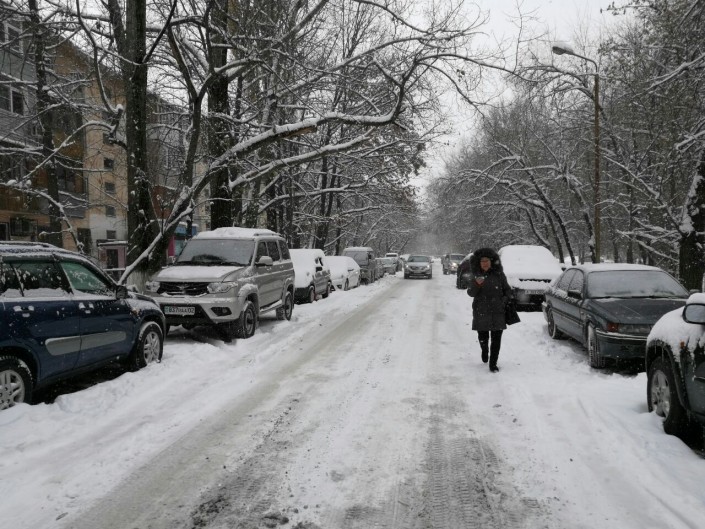 He explained that the "mess" on the roads consists of snow mixed with reagents. "There are no reasons to worry about the “mess” on the road. The roads are not icy. Traction is excellent with the roadway. The snow has not stopped yet. After the rush hour at 11 am we will carry out a thorough sweep on the roadway. It is expected to stop snowing by 18.00. And we can assure that people will drive back home on clean roads. In case the snowfall goes heavy, we will continue bedding and sweeping. "- added Kildibaev.

He also stressed that the city has 950 kilometers of sidewalks and 18 million square meters of roadway. "People are now on the sidewalks and  they are not icy, the sidewalks are not black, but you should realize that it is snowing and it is hard to keep it in the summer condition. It takes 4 hours to do the sweeping and another 4 for bedding. We cannot keep loads of equipment in case of emergency.” – he said. 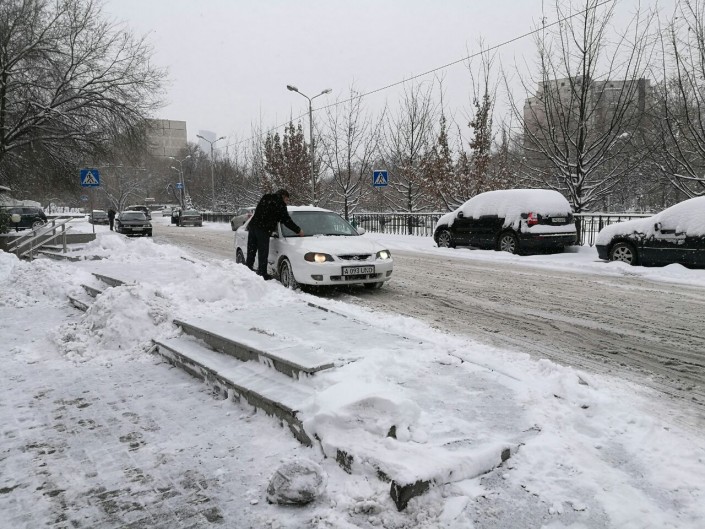 According to the data provided, 465 units of equipment were used in night works and about 500 people working on the road, who helped clear the underground pedestrian crossings and other areas for the equipment hard to reach. "The snow started at night – there were no traffic problems, everyone got to work safely, we provided sustainable public transport as well as entry and exit to and from the transport junctions," – he summarised. In general, according to the Akimat, the snow level comprised 15 cm during the night, which is the norm.

On the night of 16-17 November there were 75 accidents registered with 17 people injured. Besides, in the Almaty airport several flights were delayed. Earlier Almaty citizens criticized local authorities in social networks on a long snow removal and a lack of equipment on the road. As a response, Almaty Akim’s counsellor reported about the ongoing works on snow removal. "It is snowing nonstop, and the machines have to pass through several times," - he wrote.