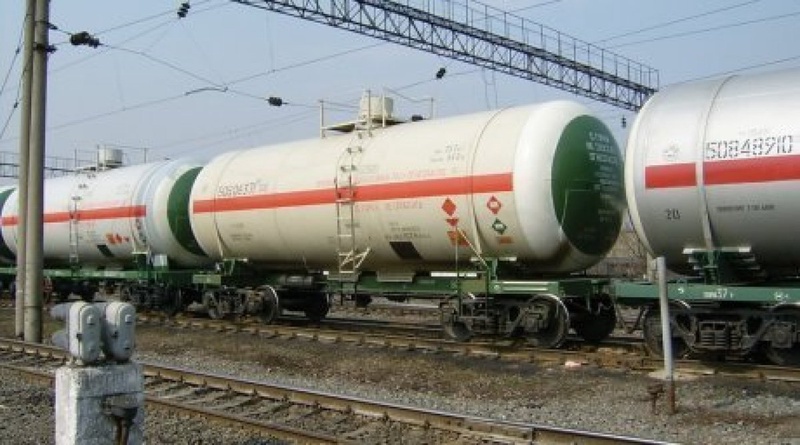 Tengrinews.kz file photo
Karaganda transport prosecutors initiated a criminal case over derailment of 20 freight wagons at Karagan-Ozek station, Tengrinews.kz reports citing the press-service of Senior Transport Prosecutor’s Office. 20 out of 70 wagons of the cargo train No.2947 derailed at Karagan-Ozek station at 04:10 p.m. on August 20. The accident caused inflammation of one of the cisterns with petrol. The fire was quenched by a fire-fighting team. No casualties were reported. The accident site was cordoned off by Interior Department’s officers. A damaged solebar of one of the wagons is believed to have the caused the accident, according to the preliminary investigation. The incident resulted in a suspension of all cargo and passenger trains along the railway line in both directions. The train traffic was resumed in several hours. A criminal case on part 4 Article 295 of the Criminal Code (Violation of Safety Rules for Traffic and Exploitation of Railroad, Air or Water Transport) was initiated. The investigation was transferred to the Interior Department at Karaganda-Sortirovochnaya station. Meanwhile, according to the press-service of Kazakhstan Temir Zholy, the wagons derailment caused inflammation of one covered wagon loaded with dry glue. “A special commission of Kazakhstan Temir Zholy has left for the accident site to investigate the causes. 4 passenger trains were delayed for 2 hours. The accident was caused by a breakdown of a wagon’s solebar that had a manufacturering defect. It was produced by Kremenchug Steel Plant in Ukraine. This detail has under manufacturer's warranty. A claim for all the damages caused by the accident will be sent to the manufacturer,” the press-service writes.