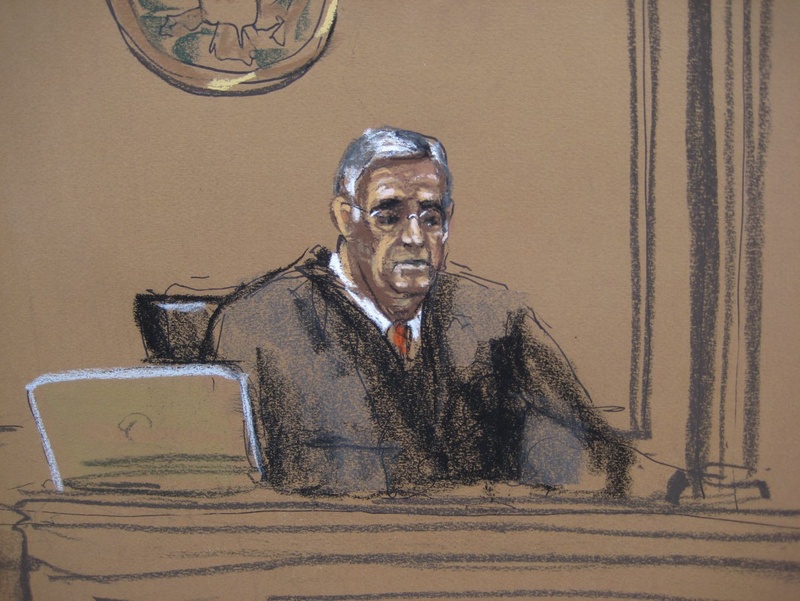 US District Judge Lewis Kaplan. ©REUTERS/Jane Rosenberg
The highly anticipated New York trial of Osama bin Laden's son-in-law could be delayed because his court-appointed lawyers have been hit by US budget cuts, AFP reports according to them. Federal Judge Lewis Kaplan called the revelation that a package of US federal government cuts known as the sequester could imperil a start to the trial this year "stunning." Martin Cohen, an attorney for Sulaiman Abu Ghaith, allegedly a senior propagandist in the Al-Qaeda network, said he doubted he could be ready by Kaplan's suggested trial date in September. "The lawyers for the federal defenders are to be furloughed for five-and-a-half weeks," he told a hearing, saying it would be "very difficult to be ready for September." Cohen suggested a January date for the trial as an alternative. Kaplan said it was "extremely troublesome to contemplate the possibility of a case of this nature being delayed because of sequestration." Abu Ghaith has pleaded not guilty to conspiring to kill US nationals. He was brought in and out of the Manhattan court with his hands cuffed behind his back and wearing a blue prison smock. He did not speak during the hearing, but listened to proceedings through an English-to-Arabic interpreter. Defense lawyers also queried whether the bearded former comrade of the late Bin Laden could get a fair jury trial in a courthouse just a few blocks from the site of the World Trade Center, where nearly 3,000 people died in the September 11, 2001 Al-Qaeda attacks. Cohen said his team was considering asking Kaplan to move the trial elsewhere because of "the prejudicial nature of the trial in New York." Asked later by journalists if a fair trial was possible, Cohen said: "These are questions that we're mulling over." Once a trial does get underway, it could take as much as five weeks, with up to four weeks spent on the prosecution case, lawyers for both sides told the court.