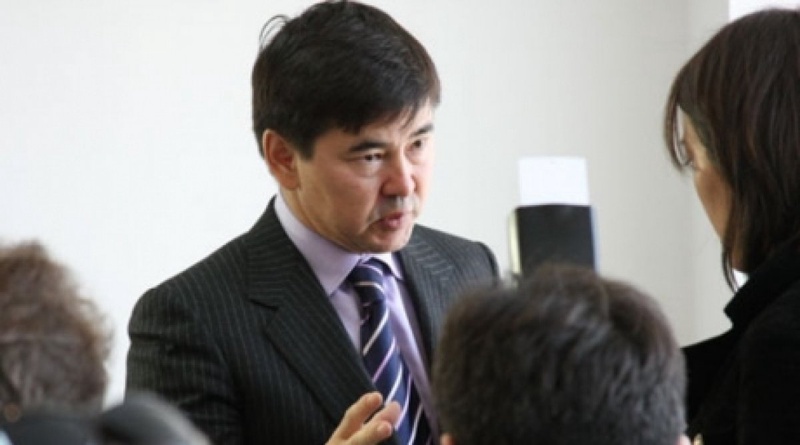 Former chairman of Alliance Bank Margulan Seisembayev. Photo by Yaroslav Radlovskiy©
London's High Court has lifted its ruling to block assets of the former chairman of Alliance Bank Margulan Seisembayev, who is one of the defendants in the $1.1 billion fraud case initiated by Kazakhstan's Alliance Bank, KazTAG reports citing Russian Legal Information Agency (RAPSI). "RAPSI has a copy of the court ruling," the agency writes. Alliance Bank filed a suit to London's High Court in April 2011 insisting that the fraud caused it a significant damage. Besides Margulan Seisembayev, his brothers are also defendants in this case. They jointly controlled the holding company called Seimar Alliance FInancial Corporation that is currently 70 percent owned by the Bank. According to the agency, Seisembayev brothers established three companies in the British Virgin Islands (Aquanta Corporation, Bazora Corporation and Xilliana Limited) and one more company, Serbina Limited, in Samoa to run the fraudulent scheme. In the period from November 2005 to April 2008 Alliance Bank, managed by the Seisembayevs, purchased U.S. treasury bonds totally worth $1.1 billion. After that Seisembayevs' offshore companies obtained loans using these bonds as collateral. The creditors that provided the loans were Cyprus-based affiliated companies of Renaissance Capital and Metropol: Reachcom Public Limited and Metropol Cyprus. The money were channeled through several more offshore companies and partially invested into Alliance Bank. Then the latter bank made an IPO at the London Stock Exchange in 2007. Shortly after, in 2008, the bank started facing liquidity problems and in 2010 these problems resulted in its majority share being transferred to Samruk-Kazyna National Welfare Fund that is a state owned holding in Kazakhstan that manages state-owned assets. Shortly before the takeover the loans secured by the U.S. treasury bonds started to be a problem and the affiliated companies of the Russian banks started laying claims to the U.S. treasury bonds in line with their loan agreements. In March 2010 Kazakhstan Prosecutor's office applied to interregional economic court of Almaty on request of Samruk-Kazyna against an offshore structure of Russian banks demanding return the bonds to Alliance Bank. In December 2010 a criminal case was initiated in Kazakhstan against Seisembayev and several other bank's former top managers. In January 2011 the Bank applied to Almaty court asking to reimburse the damage for around $1.2 billion. Seisembayev received a suspended sentence of 2 years in jail and was deprived of the right to perform banking activities for 2 years. Two former top managers of the bank were fined and also deprived of the right to perform banking activities for 2 years. As for the claims of Alliance Bank against the terms of loan secured by the bonds, Kazakhstan court issued a ruling in July 2011 admitting that the terms violated the local legislation and ordering the structures of Renaissance Capital to return the bonds to Alliance Bank. In February 2012 the court of appeal reviewed this ruling and decided that the dispute on the terms of the deal has to be taken to London arbitration tribunal. "Alliance Bank filed a claim to London arbitration tribunal against Metropol in the beginning of November 2011. The assets of 15 defendants, including Seisembayev, remained blocked since April 2011 in related to the lawsuit filed to London's High Court. However, the London court decided that there was not enough grounds for it to review this dispute noting that the only hitch was in regulation of several schemes of the alleged fraud by the British law, but that was not enough," the agency writes. According to the Commission on Regulation and Control over Financial Market and Financial Organizations of Kazakhstan's National Bank, Alliance Bank is ranked 7th by assets in Kazakhstan's banking system. As of November 1, 2012 the Bank's assets made 582.79 billion tenge ($3.9 billion), its obligations made 551.56 billion tenge ($3.7 billion) and its own capital made 31.23 billion tenge ($208 million). The Bank's undistributed net profit made 3.08 billion tenge ($20.5 million) in January-October 2012. According to KASE (Kazakhstan Stock Exchange), Samruk-Kazyna National Welfare Fund owns 67 percent of Alliance Bank as of October 1, 2012, while The Bank of New York Mellon is the nominal holder of the Bank's 26 percent share.