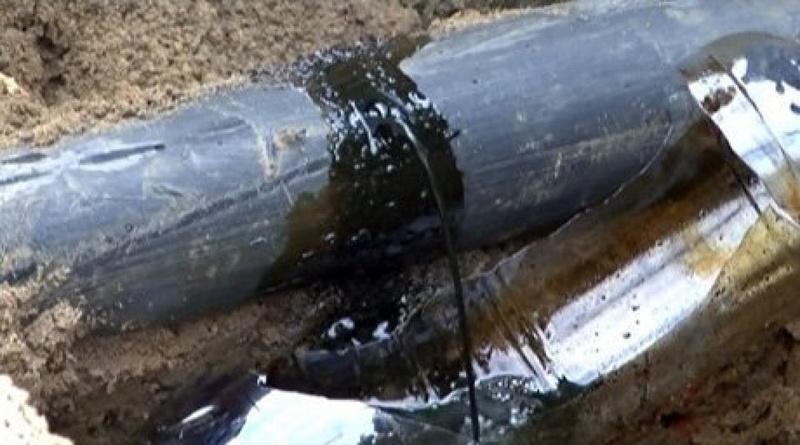 Photo courtesy of sibnovosti.ru
An illegal oil pipeline was discovered at the border of Kazakhstan and Kyrgyzstan, Tengrinews.kz reports referring to the PR-Department of the State Border Guard. Diesel fuel oil was pumped through the pipeline that began in Kazakhstan and then run to Kyrgyzstan across the Chu River. The pipe was located at the territory of Tokmok frontier post of Chu border detachment in Kyrgyzstan’s Chu oblast. The oil-pipe was 400 meters long. It was found by the frontier guards. The State Economic Crimes Service of Kazakhstan government started an investigation into the case. The investigators will have to find out who was involved in the illegal pumping of diesel fuel oil from the territory of Kazakhstan to Kyrgyzstan. Investigations are also being held at other sections of Kazakhstan-Kyrgyzstan border.