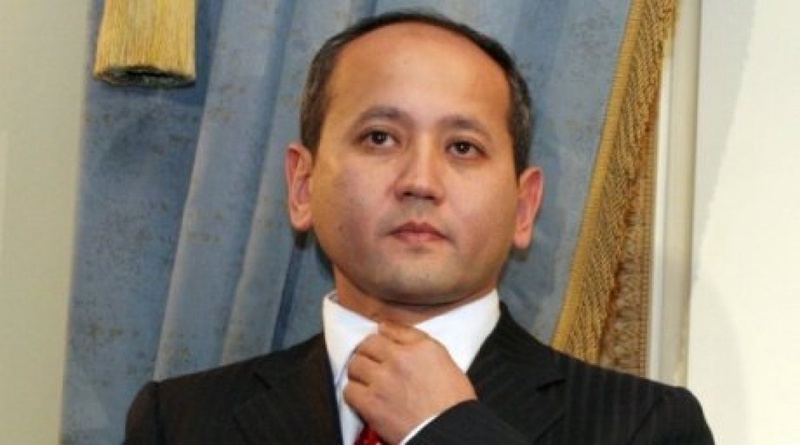 Mukhtar Ablyazov. ©RIA Novosti
This is the second time that Mukhtar Ablyazov's lawyers file a motion asking the judge to set a bail. The fugitive multimillionaire from Kazakhstan was denied in his first attempt because his lawyers could not provide sufficient guarantees that he would not flee. The French court was expected to issue a ruling on the second motion yesterday, on September 26, but the hearing was postponed, RIA Novosti writes. “The ruling has been rescheduled for October 3. In the meantime the court has some time to consider the case,” the banker’s lawyer Bruno Rebstock said. Earlier he said that he was “quite optimistic” about the hearing. The first similar motion was submitted by Ablyazov’s defenders in August. Back then the French court that heard the case right after he was arrested decided to leave Mukhtar Ablyazov in custody until the decision on his extradition is made. The judges ruled that Mukhtar Ablyazov could not provide enough guarantees to be released on bail pending the decision on his extradition and that chances of him fleeing were too high. Mukhtar Ablyazov was arrested by French special forces on July 31 not far from Cannes on a request from Ukraine where he is wanted for financial crimes. His own lawyer Yelena Tischenko is said to have led the police to him. The French court is not planning to decide on the possible extradition of Mukhtar Ablyazov any earlier than in spring 2014. Ukraine, Russia and Kazakhstan have filed extradition requests with the French authorities asking for Ablyazov’s extradition. The review of the Ukrainian extradition request was postponed until December 5, as Ukraine submitted the documents in the French and Ukrainian languages neither of which Ablyazov speaks. France is currently waiting for a translation of the documents into Russian.