Subsidiary fined by twice the amount of KMG E&P's profit 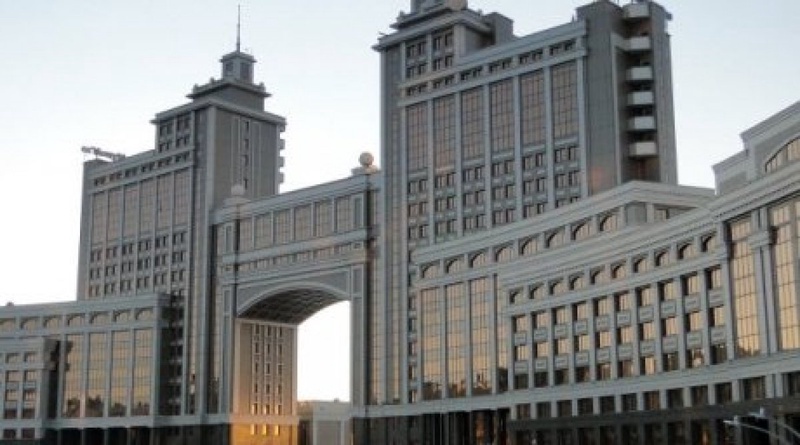 KazMunaiGas headquarters. ©RIA Novosti
A fine imposed on one of the subsidiaries of London-listed Kazakhstan-based oil company KazMunaiGas Exploration and Production (KMG E&P) is twice the size of the profit of the entire KMG E&P, Tengrinews reports. The Ecology Department for Mangystau Oblast has filed a $1.8 billion claim against OzenMunaiGas (OMG), the subsidiary of KMG E&P, for damaging the environment by disposing of oil contaminated soil. OMG disagrees with the department's claim and is now appealing it in court. "The total amount of the claim is 2.3 times more than the profit of KazMunaiGas E&P in 2013. However, we hope that OzenMunaiGas will succeed in its appeal against the fine, like it did last time. In case of a negative scenario, we believe that the fine amount will be greatly reduced and won't affect the financial situation of OMG or KMG E&P," Aivar Baikenov, Director of the Analytic Department of Asyl Invest, said, adding that KMG E&P has about $3.3 billion of cash and deposits in its balance. Vladislav Antonov, Analyst from Alpari firm, believes that with the accounts frozen and property arrested the company might go in red and this impact the profit of KMG E&P. Besides, he believes that if the repeated environmental violations are proven, the court might rule out against the company, but will nevertheless reduce the amount of fine. "We expect that as soon as the court decision comes into force, legal proceedings will restart. The company's lawyers will appeal the verdict in a superior court. But first they need to get the court ruling, because it might as well dismiss the claim of the Ecology Department of Mangystau Oblast altogether, like in happened in January and May 2013, and invalidate all its acts and calculations of damages from the environment pollution. That exactly what OMG is hoping for," the expert thinks. According to the leading expert of Finam Management company Dmitry Baranov, payment of the fine in a lump sum could cause a irreversible damage to OzenMunaiGas and even make it suspend its operation. "The company might even have to start the bankruptcy procedures. And this is against Kazakhstan's best interests," he said. The expert doesn't preclude that the Ecology Department itself will reduce the size of the fine or that the company will be paying by multiple instalments, because the total amount is too large. In accordance with the 2013 profit and loss statement, the year's revenue of KMG E&P made $4.5 billion and its net profit made $777 million in 2013. By Azhar Ashirova