McConaughey gains weight for his role in 'Gold' 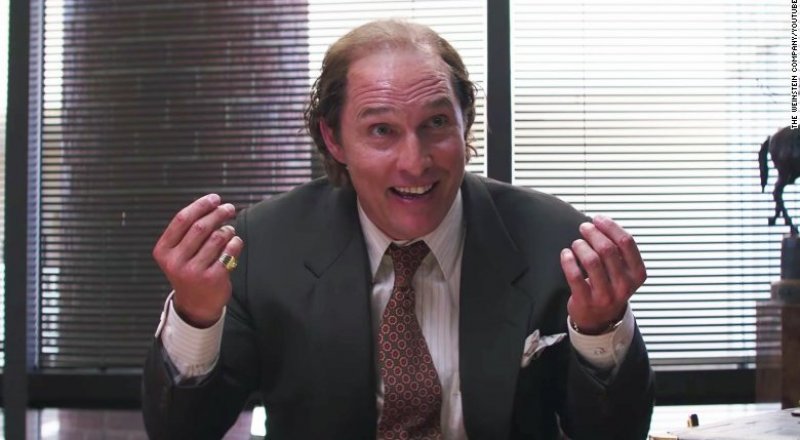 Matthew McConaughey is a pro when it comes to undergoing physical transformations for his film roles and in his latest movie "Gold," he's nearly unrecognizable.
The actor told an audience Monday night at a screening for the film that he gained 45 pounds to play businessman, Kenny Wells, who strikes gold in Indonesia, CNN reports.
"I was getting pretty damn fat as Kenny Wells," McConaughey said. "I was an all star in my family, nicknamed Captain Fun during that time because I was yes to pizza night, every night and it was cheeseburgers and beer."
Related Link: Matthew McConaughey through the years
McConaughey is no stranger to pushing the limits of his body. The actor lost more than 40 pounds for his role in the 2013 film, "Dallas Buyers Club." The performance won McConaughey an Oscar.

But the one-time "Sexiest Man Alive" went in the opposite direction for "Gold," and said that by the time filming began he clocked in at a "soft 217 pounds."
Surprisingly, perhaps, McConaughey said it's more fun to slim down than bulk up. But after six months of workouts to return to his ideal weight?
"I still have a few things that are renting to own," McConaughey said.