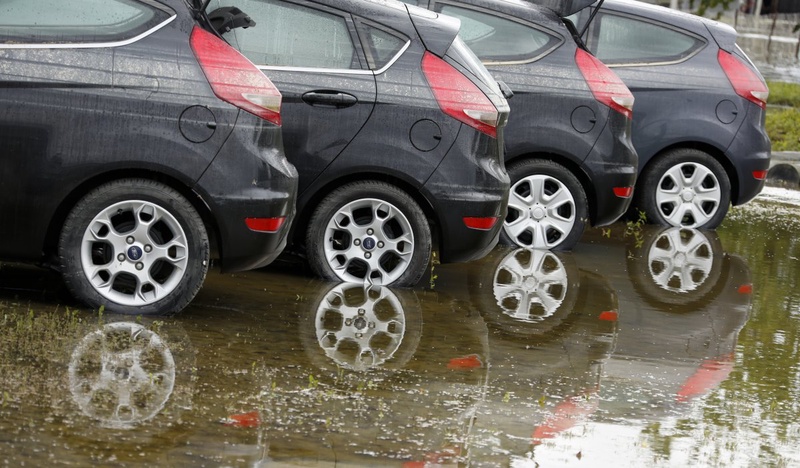 ©REUTERS/Wolfgang Rattay
The steep contraction of Europe's auto industry -- which has trimmed sales, forcing carmakers to absorb punishing losses and slash production -- appears to be reaching bottom, AFP reports citing a key Ford executive. Signs indicate the market for new vehicles in the euro zone has stopped shrinking, said Stephen Odell, executive vice president and president of Europe, Middle East and Africa, at a briefing at the automaker's headquarters, "It's beginning to show signs of stability," Odell said, though he cautioned the turnaround was unlikely to be swift. "The European market should start growing next year," but growth will be slow and modest over the next several years, Odell added. He acknowledged Ford's outlook is different than the one offered earlier this week by Nissan/Renault chairman Carlos Ghosn, who said he was not sure the European market had actually bottomed out. Odell said, while unemployment levels, at 12.2 percent, are "very bad," even "unprecedented," nevertheless, "most of the indices are pointing towards recovery." Vehicle sales in Europe are currently running at about 13.5 million units a year, well below the 18 million unit sales rate in 2007. The US automaker has also had to grapple with fierce competition, including extensive discounting and from German luxury makers crowding into marget segments, such as midsized vehicles, in which it has traditionally done well. Ford's European operations lost $462 million in the first quarter, which were offset by profits $2.4 billion in North America. "We still expect to be profitable in Europe by the end of 2015," Odell said. The Ford executive declined to offer any guidance on the second quarter financial results, due out July 24. But he noted the company has now reached agreements with unions on closing two plants in Britain and one in Belgium. The three plants, which represent about 18 percent of Ford's capacity in the Eurozone, are expected to shutter next year, he said. "We have no more capacity announcements to make," Odell said, signaling the company will not be closing additional plants. As part of the restructuring, by the end of 2014, Ford will build the next version of the Mondeo in Valencia, Spain, where it is also increasing production to meet the demand for the new Ford Kuga. Ford has reduced its inventories across Europe even as it launched eight new vehicles in recent months, concentrated on retail sales and is now getting higher prices vehicles such as the Kuga, Odell said. He added that the company's European operations have been able to expand the European product line by utilizing vehicles developed in other parts of the world. Meanwhile, Ford and its joint venture partners are in the midst of opening three new plants in Russia where the government has just boosted incentives for consumers to buy new, low-price vehicles -- segments where Ford is relatively strong. In addition, demand for sport utility vehicles such as the Ford Explorer is robust in Russia. "These are segments where we have a lot of experience," Odell noted, adding overall vehicles sales in Russia are staging a recovery.