'Village of Widows' determined to rebuild in India flood disaster

'Village of Widows' determined to rebuild in India flood disaster

Cradling her newborn daughter at her home in a remote valley in the Indian Himalayas, Dhanita Devi tells of her determination to fight for her family's survival. Devi's husband was killed, along with thousands of others, when flash floods and landslides tore through the mountains of northern Uttarakhand state in June. Devi, 22, was left alone, with no income and few savings, to provide for her three children and elderly mother-in-law. But Devi says she will do "whatever it takes" to stop her family sliding into desperation. "I have never worked before. That was my husband's job, but if he is not here to take care of us, then I need to be the man of the family," Devi, whose husband owned a roadside eatery, told AFP. Entire villages were destroyed when surging rivers and landslides triggered by early monsoon rains crashed through the popular pilgrimage region, killing some 6,000 people during a peak tourist season. Although focus centred at the time on the thousands of Hindu pilgrims caught in the disaster, many locals who worked in the temple tourism trade were also swept away or crushed under buildings and rocks. Devi is among 34 women from one hamlet alone whose husbands and sons never returned from Kedarnath, the nearby temple town where they worked and the epicentre of the disaster. These women lost not only their loved ones but their sole source of income, while her home, a cluster of hamlets officially known as Deoli-Bhanigram, was sadly dubbed the "Village of Widows". 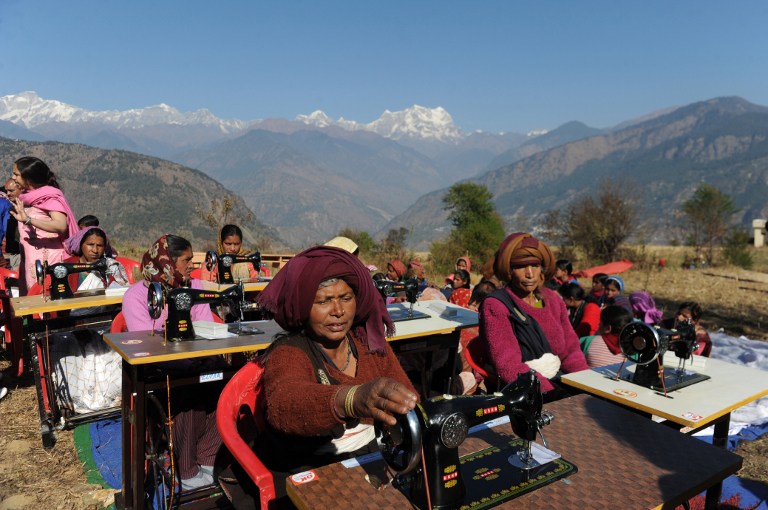 Devi's determination to push ahead has been helped by a local charity, which in December started teaching women sewing, candle-making, basic computer and other skills as well as literacy lessons to help them find a livelihood. "I will learn to sew, learn whatever it takes to run my house. My children's future is in my hands now," Devi said. Charity founder Bindeshwar Pathak said he was moved to act after reading of the village's plight. Pathak's Sulabh International, which has a history of helping Indian widows, "adopted" the village in August, providing a 2,000 rupee ($32) monthly allowance for women and $16 for children. 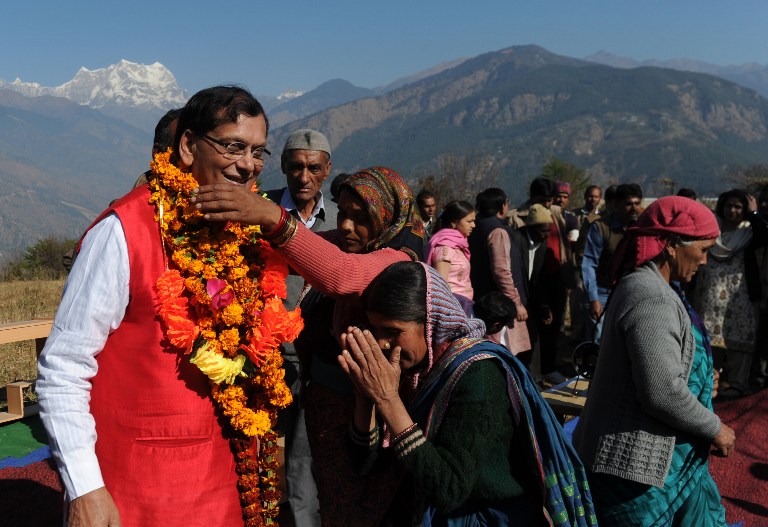 Although the money was welcomed, it was a far cry from the between $650 and $2,400 monthly wages that their husbands earned running roadside eateries or as guides to the remote temples in and around Kedarnath. Pathak says the allowance is a first step, and has launched the training programme for the women in the hope that they can eventually become "self-dependent, resourceful." 'Just cry and sleep' Flanked by snow-capped mountains, the women of Deoli hamlet crowd around the 22 shiny sewing machines and a dozen computers the charity has donated, curious but apprehensive. While the women say they are determined to learn ways to provide for their families, the trauma of losing their loved ones is raw. "All I do is just cry and sleep. I don't have the energy to do anything else. How can I learn something new at this age and make enough money out of it?," said Binita Devi Shukla, 32, a mother of two, as she struggled with the foot pedal of one of the sewing machines.

The women also worry about their daughters' future in a region where, like many parts of India, marriage is a pressing priority. With little money, they fear they cannot pay for a wedding or a dowry -- a centuries-old tradition that is banned but still widely practised. "How much will I make by sewing or making candles? And who will marry her with the few hundreds I will make?," asked Bijiya Devi, who lost her husband and son, gesturing at her teenage daughter sitting beside her. Pathak plans to arrange for a marketing expert to advertise goods that they eventually produce, and lobby traders to sell their wares in Indian cities. But he admits profits for the women, even if the project is successful, is some way off. While the main temple in Kedarnath, dedicated to the Hindu god Shiva, has reopened, rebuilding of the region, which has four main temple towns, is slow going. Buildings were crushed and bridges and roads washed away in the floods which also carried bodies hundreds of metres downstream. National and several state governments have provided some financial aid to survivors left jobless and the victims' families, but electricity, water and other infrastructure have not yet been fully restored. Many worry about the future of the region and wonder whether tourists will return next summer given the scale of the disaster. "We do nothing anymore. The government ignored old people like me, charities ignored me," said Sharla Purohit, 65, who lost her sons and tiny grocery shop. "Do they want me to sit and count my days?"

By Annie Banerji from AFP