Can the Muslim headscarf be synonymous with glamour? Turkey's first fashion magazine for conservative Islamic women looks set to win the challenge. In less than a year since it was launched last June, the monthly Ala -- meaning "beauty" -- has become a mainstream glossy. With a circulation of 20,000, it is only slightly behind the Turkish versions of Cosmopolitan, Vogue and Elle magazines. Ala's pages are splashed with models reflecting a conservative Islamic style, all wearing headscarves and long dresses, with their arms and necks covered. 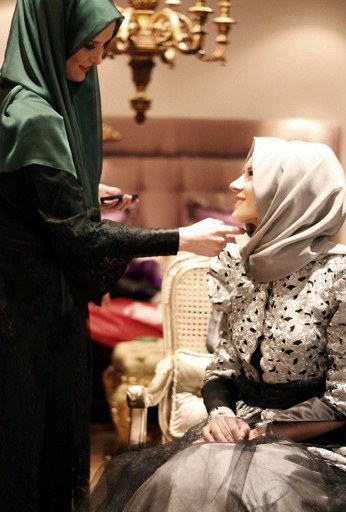 Ala's editor, 24-year-old Hulya Aslan, has first-hand experience with Turkey's headscarf troubles. Because she insisted on wearing one, she had to give up a university education, instead finding work at a bank. "Now there is normalisation, an improvement. Now our veiled comrades can enter university and have more professional opportunities," she told AFP. "For the last five or six years we can say we have turned the corner." Ala, created by two advertisers, offers the usual fare of health tips, travel pages and celebrity interviews, supplemented by a strong dose of loud and clear Islamic activism. "Veiled Is Beautiful" proclaims one advertisement, driving home the point with the words: "My way, my choice, my life, my truth, my right." 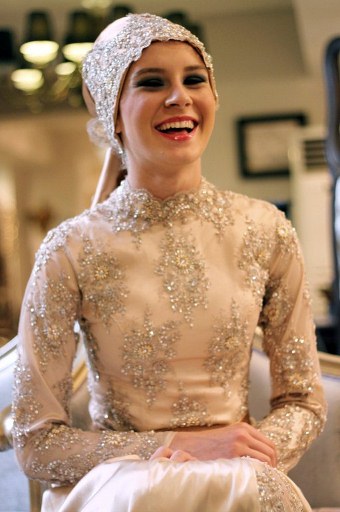 But such slogans sound more like a reference to the struggles of the past, when secularism monopolised the social scene and the Islamic headscarf, often viewed as a political symbol, met hostile reactions. The struggle continues despite the 2002 poll victory of Prime Minister Recep Tayyip Erdogan's Justice and Development Party (AKP), which has Islamist roots and many of whose members have spouses who wear headscarves, including Erdogan's wife Emine. Although the strict application of secularism has been loosened under AKP rule, headscarves are still off-limits for civil servants. It is now allowed in some universities, while many others ban them. In Turkey, 60 percent of women wear some type of hair covering -- sometimes also hiding their necks and ears -- according to a 2006 survey conducted by the Istanbul-based Turkish Economic and Social Studies Foundation. The fashion world now sees a growing demand from conservative Turkish women who are keen to assert themselves. "There are now much prettier things than before," said Merve Buyuk, a 22-year-old trainee at Ala. "Designers have now understood that we exist. They've started making clothes that are not necessarily black or brown. ... I'm pretty happy with this change." Ala is hoping to influence conservative women's fashion and cash in on it with advertising revenue. 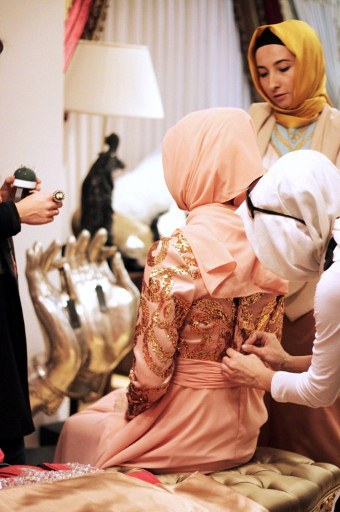 "With this magazine, we are changing trends. We say that women in headscarves can follow trends. There are more and more products on the market they can access," Aslan said. Communication scientist Nilgun Tutal of Istanbul's Galatasaray University said Ala attests to the rise of middle- and upper-class Muslims who are adapting to the consumer society, thanks to almost 10 years of AKP rule and Turkey's sustained economic growth. "At one time, Islam, to distinguish itself from the West, took a position hostile to consumer society. But today, these people, to express their success, can only do that through consumer society," Tutal said.

by Nicolas Cheviron from AFP