Homeless Kuala Lumpur resident Indera Abha struggles to eke out a meagre existence by selling salvaged recyclables, so personal-appearance concerns understandably take a back seat. But a Malaysian charity that offers free haircuts along with meals helps him to salvage some pride as well. "I like to get my hair cut. I feel good, and it is free," Indera, 49, said with a smile missing several teeth, as strands of his thin black hair floated to the ground around him. Wielding the scissors is stylist Azmina Burhan, who runs her own salon but volunteers with the Pertiwi Soup Kitchen to provide for an often-overlooked homeless need. "To me, how people look is very important. You want to look good every day when you wake up, no matter how rich you are, how poor you are," said the bubbly 26-year-old. 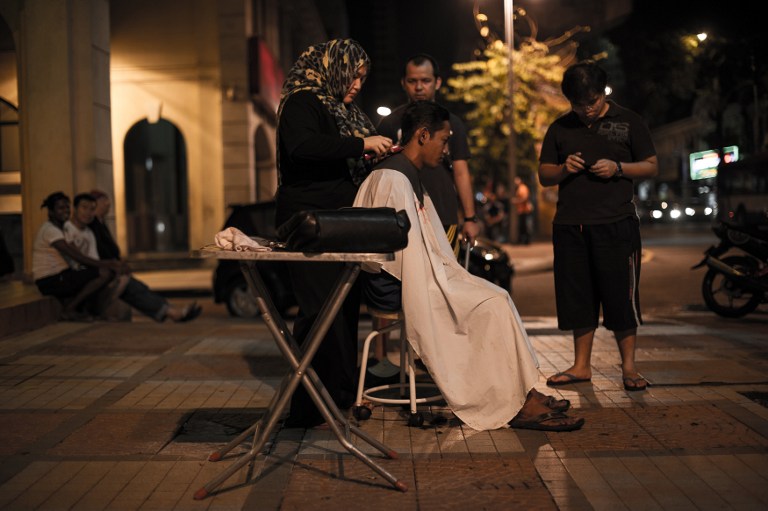 Azmina joined the charity shortly after its establishment in 2010, helping to give out food and water several times a week. But after encountering hundreds of homeless who couldn't afford proper cuts, she started bringing along her scissors, apron and a small stool about once every other month. Each time, she now gives up to 30 haircuts, and growing. "After you finish getting a haircut you look good, you feel good, and you have that self-confidence in you," she said, adding that a cleaned-up appearance could help people to secure jobs. For Azmina, the task can mean handling dirty, matted hair. The worst, she said, was a man who slept on the streets and hadn't washed his hair for months, leaving her hands blackened with dust. 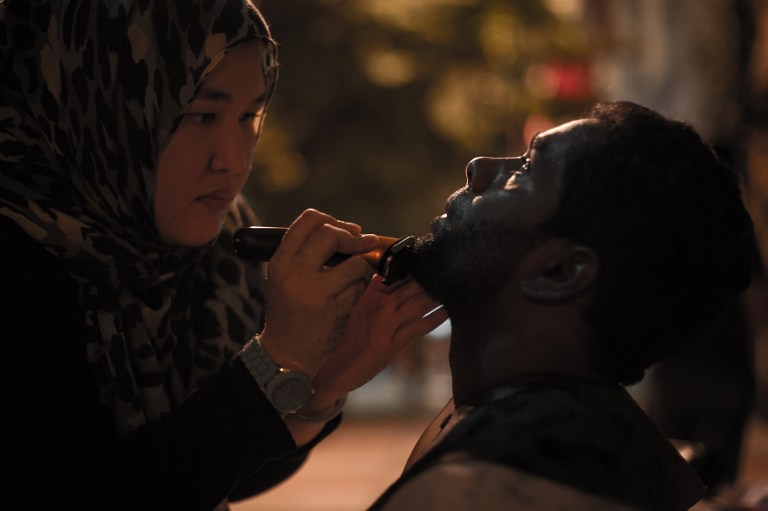 'Now I feel good' But she has never turned anyone away and said the image of smelly, lice-infested homeless is false and is the sort of stereotype that her haircuts are aimed at eliminating. In fact, her "customers" can be quite trendy, especially younger ones, and common requests include British football star David Beckham's hairstyles and the longer fringes favoured by Korean and Japanese pop icons. Malaysian living standards have vaulted steadily upward thanks to decades of strong economic growth, but Southeast Asia's third-largest economy is not immune to privation, and income disparity has widened. Pertiwi says Kuala Lumpur and its outskirts have an estimated 1,800 homeless. Government officials did not respond to an AFP request for figures. Pertiwi feeds up to 700 people four times a week, pulling up with a food-loaded van in three of Kuala Lumpur's poorer areas. Volunteer medics also provide check-ups and medicine. "I didn't realise it was going to be this big," said Munirah Hamid, head of Pertiwi, who said the crowds of needy are growing. Azmina is now looking to enlist another volunteer hair-dresser to meet the demands of homeless people like Paul Chin, who lives on the street after he lost his job at a car-wash several months ago. "It's very annoying," Chin said shyly of the overgrown shock of greying hair crowning his head as he settled onto Azmina's stool. 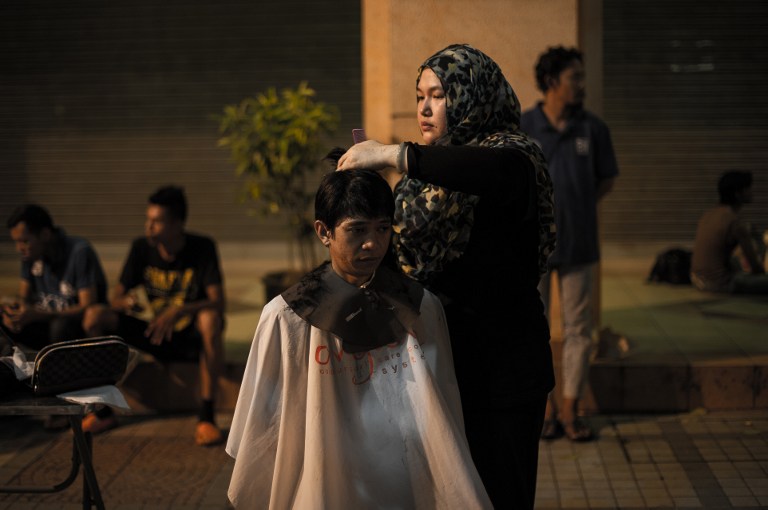 But by the time Azmina's scissors stopped snipping, someone waiting in line shouted out "He's a new man!" "Now I feel good," Chin said, running his hands over his newly trimmed top before disappearing among the crowds of needy.

By Julia Zappei from AFP