Amid talk of the euro's demise, shopkeepers have their calculators in hand as they roll back the years to when a different little gold coin ruled. In this northeastern Spanish town, the peseta is back.

"We had 10,000 pesetas left over," equivalent to about 60 euros or $70, said one shopper, Carmen San Juan, 59, who used that hoard to buy a hairdryer as a Christmas present before finding another 4,000 pesetas in an old jacket.

"We thought we would change them at the bank when we were passing through Madrid or A Coruna, where you can still change them. But it never happened."

One couple brings 15,000 pesetas to buy perfume and makeup. Another shopper buys a set of plates with a hoard of pesetas left by a grandmother. Elsewhere a family pays for a round of drinks using peseta change.

Fina Rodriguez, owner of an electrics shop, says business has benefited, with people heading to this town of 9,000 people just to spend their old pesetas.

"It is really good for our business," she says. "People have come from all around, even from quite far away. People who were not our customers, who read about us in the press." 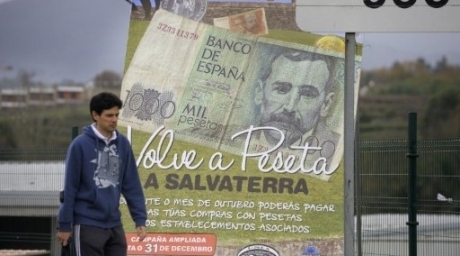 A poster reading "The Peseta is back" and displaying pictures of pesetas notes is pictured in Salvaterra de Mino, northwestern Spain. ©AFP

"With this money people feel like they are buying for free" so follow their fancy, says Ana Perez, manager of the Tisery perfume shop.

It is a welcome boost for the town, which like much of Spain suffered after a nationwide construction boom went bust in 2008, leaving it dotted with unfinished buildings.

"There were some very big expectations a few years ago. A big industrial estate was going to be built, there was lots of construction and lots of people were going to move to live here," says Pablo Pino, president of a local traders' association.

"But suddenly the construction came to a halt like it did all over Spain. The industrial project came to a halt. People suffered a lot."

In Salvaterra, nostalgia is high for the old gold-coloured coin affectionately known as "the blonde", and the old peseta notes.

"Every time an old note turned up I would touch it, since I was really glad to see it again and touch it again," says Fina Rodriguez, owner of an electrics shop.

The euro is less well-loved. In a recent survey, 70 percent of Spaniards said they had gained no benefit from the single currency. 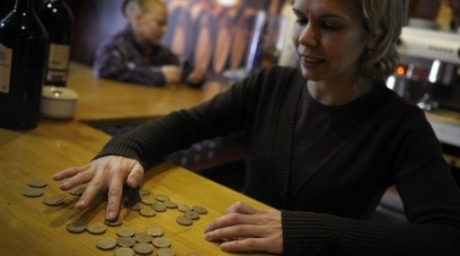 "When we changed the currency, everything got dearer," says Montse Ledo, owner of the Fenteiros bar, one of 58 businesses taking part in the project.

The peseta scheme had been due to last just a month from the start of October, but locals dug out so much of the old currency that in the run-up to Christmas Salvaterra is still a peseta zone.

The town now plans to wrap up the experiment on December 31 and change the accumulated pesetas for euros, since no time limit has been set on cashing in the old coin since the single currency took over in 2002.

The shopkeepers estimate takings will reach a million pesetas -- some 10,000 euros. Meanwhile the Bank of Spain says there are still 1.7 billion euros' worth of pesetas lurking in people's homes. 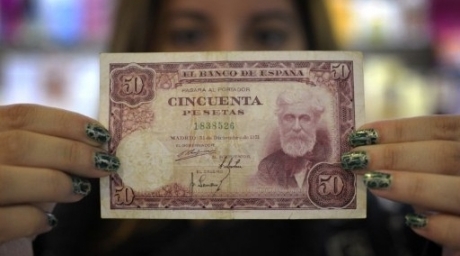 The peseta's brief resurrection is going to "dynamise" the local economy, says Pino.

"But if we have to go back to the peseta (permanently) we will leave the common market and leave the euro and we are going to suffer," he adds.

"People are nostalgic and want to use pesetas one more time, but not to do it permanently."

By Katell Abiven from AFP