Saddle up for a bumpy Year of the Horse, warn H.K. astrologers

Saddle up for a bumpy Year of the Horse, warn H.K. astrologers

Conflicts, disasters, record high temperatures, an economic chill in Asia and more trouble for Justin Bieber -- the upcoming Year of the Horse is set to be a dramatic one, say Hong Kong feng shui masters. With the Year of the Snake slithering into history, they say that the incoming Lunar New Year beginning on Friday is going to be the kind of horse that you shouldn't stand behind -- because it incorporates the volatile element of fire. "With this being the Year of the Wood Horse, and with wood being very combustible, there will be a lot of scandals, conflicts, explosions and arguments," celebrity feng-shui master Alion Yeo told
AFP. 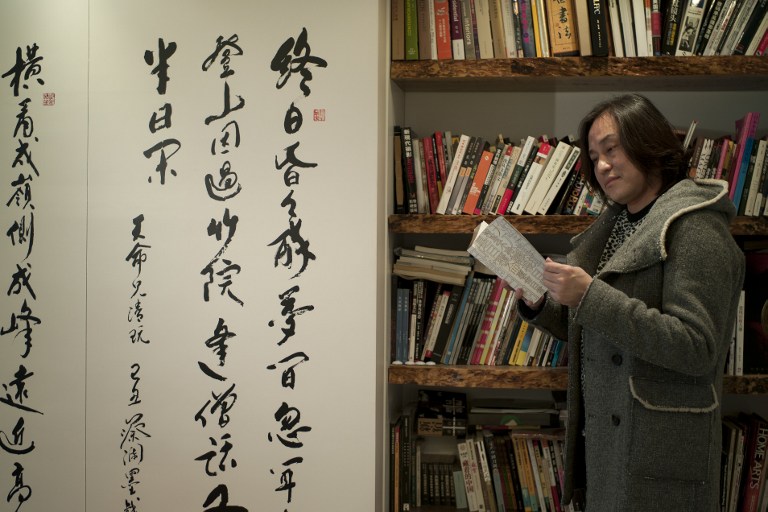 Feng shui --- literally meaning "wind-water" -- is influential in many parts of Asia, where people adjust their lives and even renovate offices and homes based on its edicts to maximise their luck and wealth. Yeo says that conflict in the new year could be defined by anything from diplomatic tension to armed engagement, particularly in the first, fourth and seventh lunar months -- February, May and August. "The most likely thing that could lead to a physical war would be the Diaoyu Islands," Yeo said, referring to acute tensions between Japan and China over the Japanese-controlled islets that Tokyo calls the Senkaku islands. The previous Year of the Wood Horse in 1954 was marked by nuclear bomb tests by the US and the former Soviet Union and the battle of Dien Bien Phu, which led to the defeat of French forces in Vietnam. West gallops ahead Chinese fortune-telling such as feng shui is based on ancient philosophy and the belief that events are dictated by the varying balances in the five elements that make up the universe: metal, wood, water, fire and earth. The lunar calendar is based on the cycles of the moon and through Chinese folklore ascribes 12 animals, one for each year in the rotating cycle. The horse is in the seventh position. 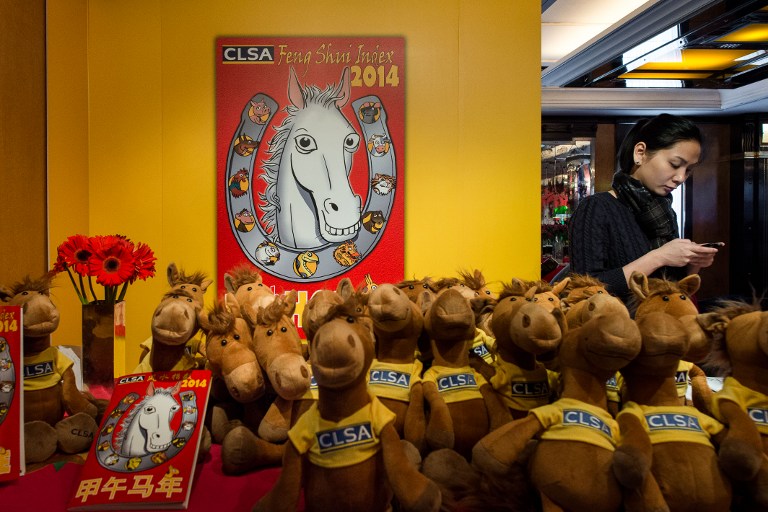 Horse soft toys during an event for the release of the annual CLSA Asia-Pacific Markets "feng shui" index of the upcoming Chinese New Year of the horse, in Hong Kong on January 22, 2014.©AFP

Feng shui master Chow Hon-ming believes that while the United States and Europe will enjoy economic recovery, nations such as Singapore, Indonesia, Thailand, India and Pakistan will feel a negative impact. "The Western economy will see obvious improvement but Eastern nations will face difficulties and their economies may even take backward steps." Chow believes it will be a tricky year for US President Barack Obama, who was born in the Year of the Ox in 1961. "He may make gaffes, he may face obstacles when it comes to cutting through political red tape," Chow said. Record-high temperatures and natural disasters will be prominent due to the influence of the fire element, according to soothsayers. "There will be a higher chance of volcanic eruption and earthquakes because the earth element will be irritated by the abundance of fire," fortune-teller Cheng Chi-hang told AFP, adding that Japan, Indonesia and China will be particularly prone. Bad year for Bieber? A person's fortune is calculated by using the exact time and date of his birth, with the relationship of each of the elements. Troubled Canadian pop star Justin Bieber will be on a streak of negativity this year, Yeo said. "There will be times where he will not be able to control himself." Bieber, 19, was charged with driving under the influence after police caught him drag-racing in Miami Beach last week -- allegedly after drinking alcohol and smoking marijuana. "His fire element, if he goes all the way, could lead to health risks," Yeo said. Celebrities born in the Year of the Horse include boxer Manny Pacquiao, actress Halle Berry, German Chancellor Angela Merkel and the late former South African president Nelson Mandela -- whose 1990 release from prison also occurred in a "horse" year. Tens of thousands of worshippers will be offering sticks of incense on the eve of the first day of the Lunar New Year to pray for good luck and fortune at Hong Kong's Wong Tai Sin Temple. 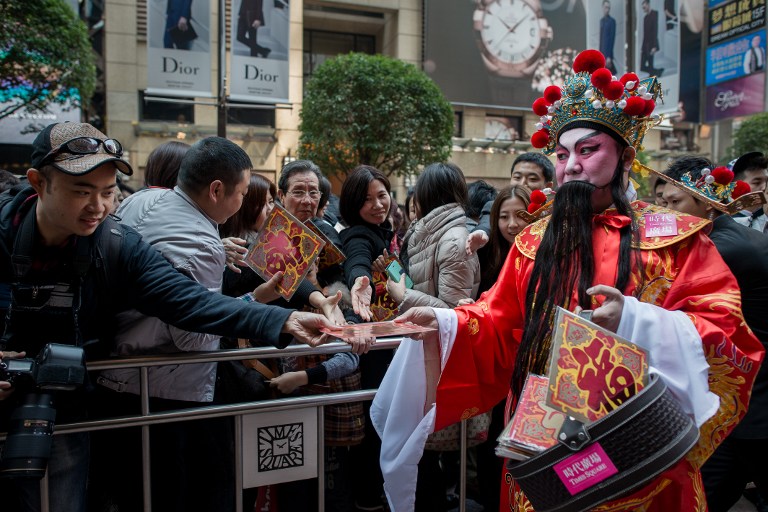 A performer wearing a traditional costume distribute cards symbolising envelopes called "lai see" during an event organised by a shopping mall to celebrate the upcoming Chinese New Year of the horse in Hong Kong on January 23, 2014. ©AFP

The former British colony is also a popular horse-racing destination, hosting the Chinese New Year Raceday on February 2, with total payouts of up to HK$68 million ($8.76 million). The city will celebrate the new year with a 23-minute long fireworks display on Saturday, which organisers say will display the word "win" in capital letters twice. In mainland China tourism operators are also seeking to capitalise, particularly in Dan Xia Shan, a mountainous tourist attraction in the southern province of Guangdong which includes five hills known as "five horses return to the manger".

By Aaron Tam from AFP