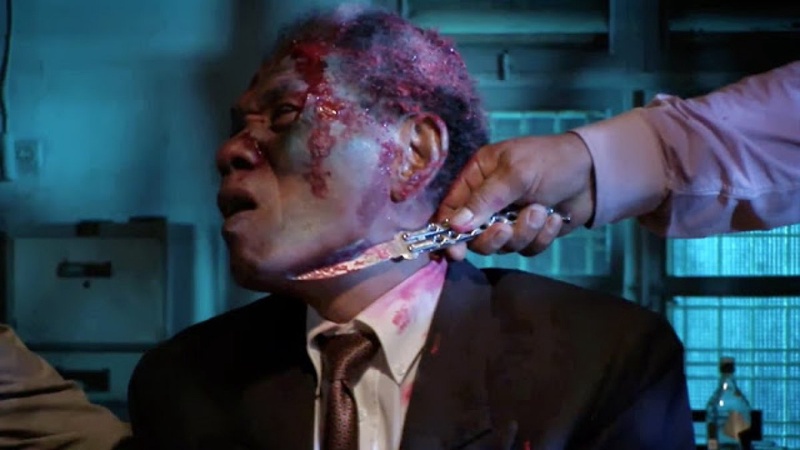 Anwar Congo makes no secret of the fact that he killed about 1,000 people with his bare hands, boasting about the methods he used to murder alleged communists in 1960s Indonesia.

There were blocks of wood used to cave in skulls; machetes with which he butchered victims, or a simple wire that he says helped achieve quick and effective strangulation.

Congo's testimony provides the chilling framework for director Joshua Oppenheimer's Oscar-nominated documentary "The Act of Killing", which turns its cameras on to the perpetrators of massacres that claimed at least 500,000 lives.

Oppenheimer says that the attention the film has received around the world is forcing Indonesia to address a dark episode in its history, which ushered in the 32-year rule of dictator Suharto.

"I thought I had wandered into Germany 40 years after the Holocaust to find the Nazis were still in power," Oppenheimer said of the men who feature in his film. 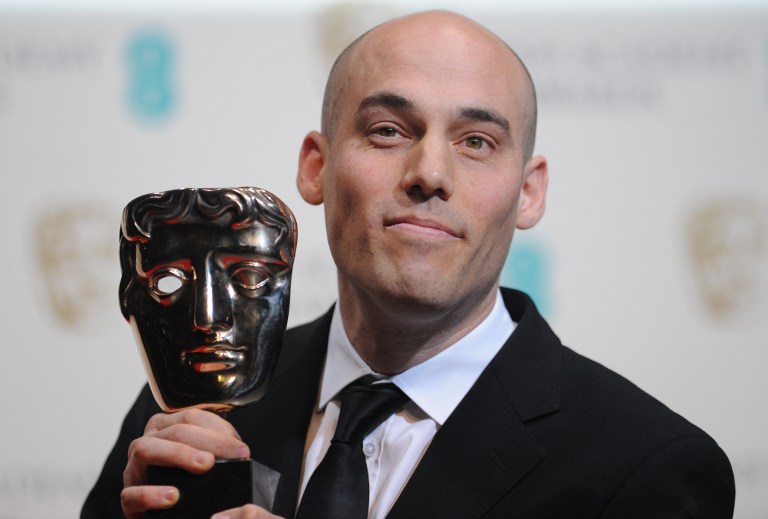 US director Joshua Oppenheimer poses with the award for a documentary for the film "The Act Of Killing" at the BAFTA British Academy Film Awards at the Royal Opera House in London. ©AFP

"They are very proud of what they did and often told me the stories with smiles on their faces," he said on the phone from Los Angeles.

In the film the men, who carried out the killings during a purge triggered by a failed coup in late 1965, show little if any remorse.

"What I hope -- should we be so lucky as to win the Academy Award -- is that it will encourage Indonesians to finally hold their leaders to account for their crimes," said Oppenheimer.

Some in Indonesia have not welcomed the film, contending the country was already taking its own steps towards coming to terms with the episode -- and that such outside interference hinders the process.

While Oppenheimer has publicised the film, a number of the Indonesians involved in its production -- including the person cited as one of its co-directors -- have chosen to stay anonymous in fear for their safety.

To get the likes of Congo to talk, the film invites those involved in the killings to reenact their past as though they were making a feature film, including musical numbers and even attempts at slapstick humour.

Those involved do not seem aware that the film will cast them in a bad light. It makes for compelling -- and disturbing -- viewing.

"I was not sure whether it was safe to approach these people at all, but when I did I found they were immediately boastful," Oppenheimer said. 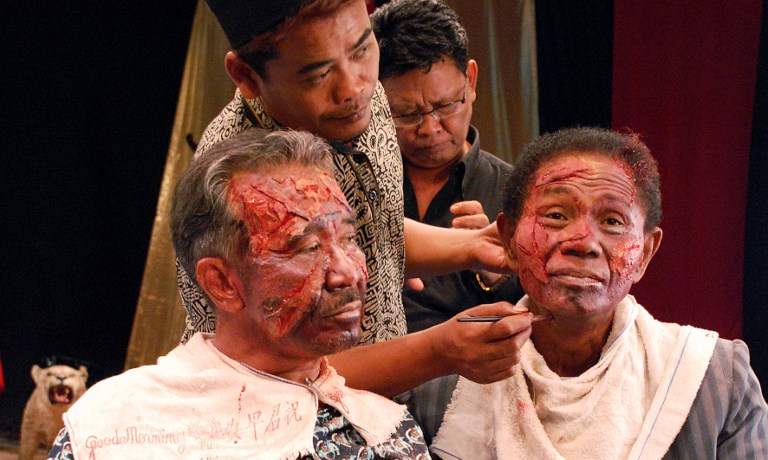 Adi Zulkadry and Anwar Congo, two of the subjects featured in "The Act of Killing", directed by Joshua Oppenheimer, being made up for a recreation of one of the 1965 massacres in Medan, Indonesia. ©AFP

Army General Suharto blamed the coup attempt on Indonesia's Communist Party, and the military actively encouraged -- and in some cases took part in -- the anti-communist killings that erupted in some parts of the country.

Suharto put down the coup and used the episode to muscle out then- president Sukarno and take power, later ruling Indonesia for three decades.

Paramilitary groups such as the one Congo was part of were given licence to gather and kill suspected communists, and seize their property and possessions. No action has ever been taken against those responsible for the deaths.

"I suddenly realised that all these men are boasting not because they are proud but because they know what they did is wrong," said Oppenheimer.

"They are trying to deny that to themselves and impose that denial on the whole society."

The film was produced by Oscar- winner Errol Morris ("The Fog of War") and Oscar-nominated Werner Herzog ("Encounters at the End of the World"). It has so far picked up 32 international awards.

"The Act of Killing" was not granted a general release at Indonesian cinemas, with the government raising doubts about the film's portrayal of history. Beyond special select screenings, the film is available for download.

The killings are not closely examined by school textbooks and were not widely discussed during Suharto's iron-fisted rule.

However following his fall in 1998, and in recent years, Indonesians have begun to talk about the issue more openly with frequent newspaper stories, academic seminars and published memoirs.

Critics say more needs to be done, and point to the fact the Attorney General's office has refused to start a probe despite an extensive 2012 report from Indonesia's official human rights body which claimed to have found extensive evidence of abuse.

Presidential spokesman Teuku Faizasyah said the film "is simplifying a dark, complicated period of history," and was one-sided.

In a statement issued earlier this month to the Jakarta Globe newspaper, the film's anonymous co-director denied the charge it had been produced by foreigners out to negatively affect Indonesia's global reputation. 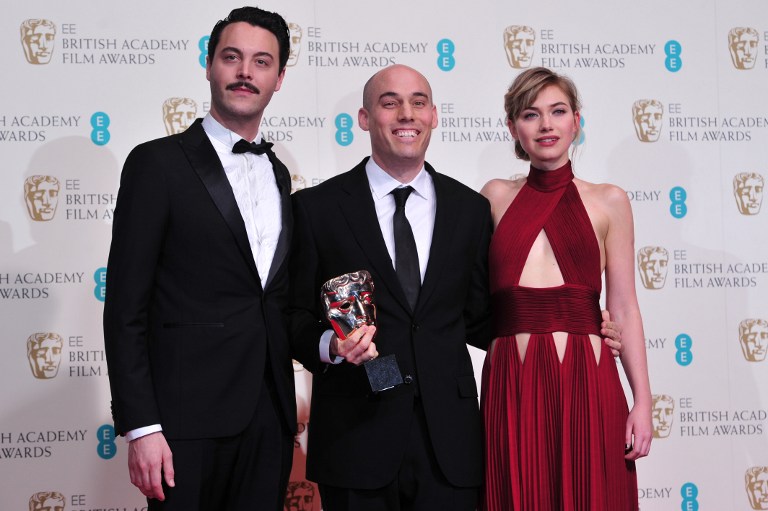 US director Joshua Oppenheimer poses with the award for a documentary for the film "The Act Of Killing" flanked by presenters British actress Imogen Poots (R) and British actor Jack Huston (L) at the BAFTA British Academy Film Awards at the Royal Opera House in London. ©AFP

And Oppenheimer, who is working on a follow-up focusing on the victims' side of the story, is convinced "The Act of Killing" has helped mainstream media in Indonesia address the genocide and open it up further for public debate.

"There's no stuffing the genie back in the bottle," he said. "It is opening a space for people to finally acknowledge the most painful and troubling aspect of contemporary Indonesia without fear."

By Mathew Scott from AFP