Nazi past overshadows genius of Porsche

The name Porsche has long made sports car enthusiasts swoon but the Nazi past of the famous brand's founder has left his Czech hometown sorely divided over his legacy.

In 2010, Vratislavice opened an ultra-modern, million-dollar memorial to Ferdinand Porsche, who invented the Volkswagen Beetle -- among the world's top selling cars -- and in 1898, the first gasoline-electric hybrid.

The German-headquartered Porsche AG loaned cars to the facility, right next to town hall, to help show off their founder's engineering genius. 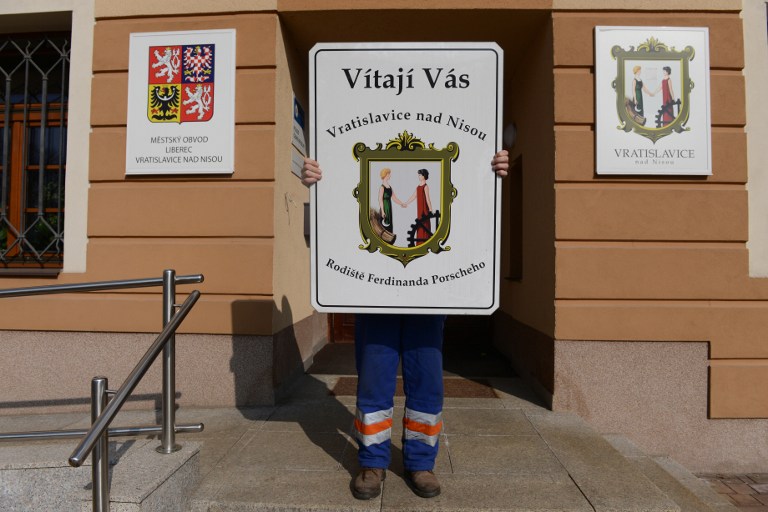 Not all in this modest locality of nearly 8,000 residents northeast of the capital Prague felt comfortable trumpeting their native son, however.

Last year, a new team voted into city hall could no longer ignore growing protests that Vratislavice -- in an area annexed by Nazi Germany in the late 1930s -- was "memorializing" a man who had worked for Adolf Hitler.

They condemned Porsche for joining the Nazi SS paramilitary group before the war, and deplored that prisoners of war were used as slave labour at the Volkswagen car plant in Wolfsburg, Germany when Porsche was general manager.

To calm matters, the town hall late last year renamed the memorial an "exhibition" and added a text saying Porsche had been a Nazi.

Porsche AG, meanwhile, took back its cars but would not talk about the controversy, saying it was a "local issue".

"All vehicles in our collection are rotated on a regular basis," was the only explanation given by Porsche AG spokesman Dieter Landenberger who declined further comment.

The facility has been empty ever since.

About the same time, the town hall removed the signs proclaiming Vratislavice was Porsche's birthplace.

"These things should not be financed using municipal cash," Mayor Preisler told AFP, adding Porsche "was a Nazi all right."

Porsche was born in 1875 into the predominantly ethnic German community in Vratislavice, when it was known as Maffersdorf and part of the Habsburg's Austro-Hungarian empire. He left at age 18, moving first to Vienna then later to Germany.

His talent in designing cutting-edge engines and cars saw him climb company ranks at renowned auto-makers including Austro-Daimler and Mercedes. 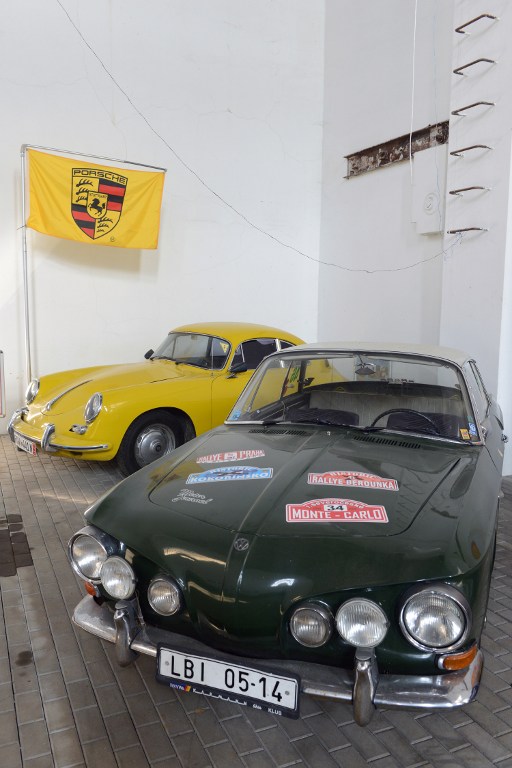 When Hitler took power in Germany in 1933, he was quick to ask Porsche to design a "people's car", the predecessor of the VW Beetle.

"Porsche was an active Nazi who was on very good terms with Hitler and used this relationship to push his projects," said Jan Vajskebr, a historian at the Czech Terezin Memorial located in a World War II ghetto and prison. The Nazis set up the site, often known by its German name Theresienstadt, from where tens of thousands of Jews were sent to Auschwitz.

Encouraged by Hitler, Porsche gave up his Czechoslovak citizenship in 1935, four years before his country was occupied by Nazi Germany.

The engineer spent 22 months in prison after the war and died in 1951, leaving the business to his son Ferry who in turn gained fame with models like the iconic Porsche 911.

Four years after Porsche's death, the millionth Beetle rolled off the production line. In all, about 23 million Bugs have been built, making the model one of the best-selling cars of all time.

Back "home", the car-maker's achievements don't always outweigh his past. Petr Jirasko is among those demanding the exhibition disclose all about Porsche's collaboration with Hitler.

"He was a Nazi. History books don't lie," he fumed.

But pulling a cart past the local cemetery where Porsche's parents are buried, pensioner Miloslav Spidlen disagreed.

"Porsche was a man who achieved something that every driver can appreciate. I value such people no matter what they're like," he said.

Despite the controversy, car collector Milan Bumba is setting up his own private Porsche museum at a local brewery, where he already has three Porsches, a 1956 Beetle and a Porsche tractor. 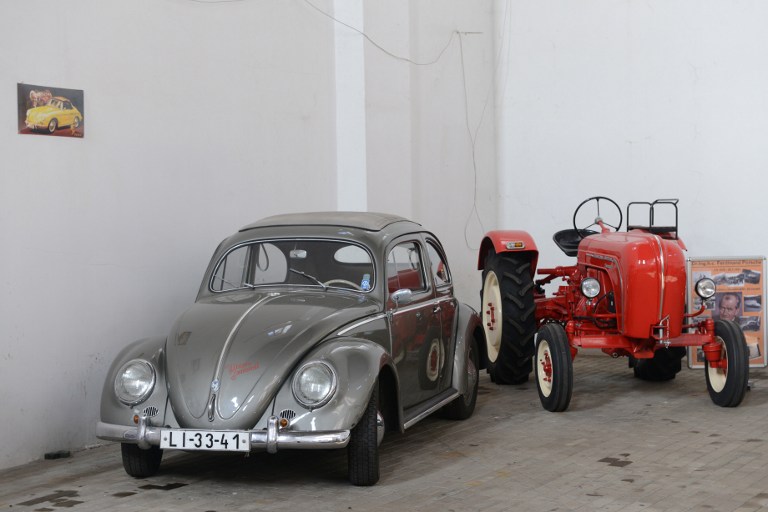 A Volkswagen Beetle (L) and a Porsche tractor are displayed in a hall of car collector Milan Bumba in Vratislavice village. ©AFP

"Porsche had no choice," said the 54-year-old bus driver.

"Hitler chose him and if Porsche had refused, he would have ended up in a concentration camp and never achieved anything. "

Bumba believes Porsche "was only interested in designing cars and I think he didn't see what was happening around him," he said.

Using his own cash -- and some of his wife's -- for his museum, Bumba has already welcomed VW and Porsche fans from Europe, America and as far afield as New Zealand and Australia who came to see the engineer's birthplace.

He is particularly fond of his old reliable '56 Beetle, which he drove across Europe and to the Arctic circle.

"You can fix it with a screwdriver and pliers," he said.

By Jan Flemr from AFP