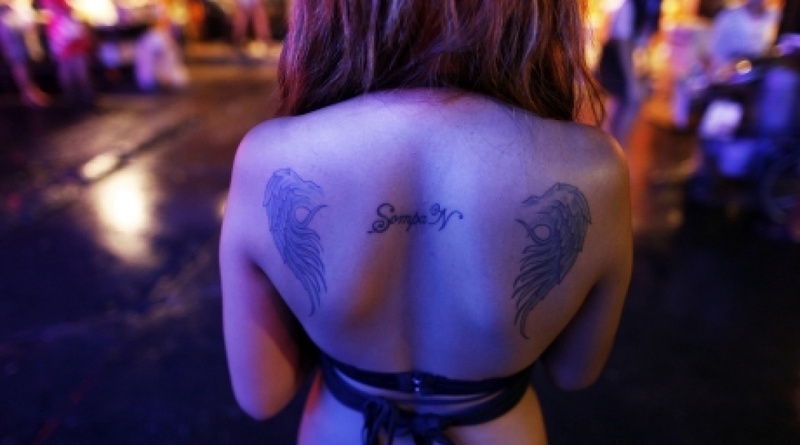 Pimps man the park across from the historic Ulan Bator Hotel, popular with foreigners. They are keeping an eye on their employees -- about 20 women working in Mongolia's quickly expanding sex trade.

Prostitution is illegal in Mongolia, but the sex industry is booming, due in part to the explosion of the country's mining sector, which has spawned a huge mobile workforce of men far away from home.

The United Nations Children's Fund (UNICEF) says there are almost 19,000 sex workers in the impoverished landlocked country with a population of just 2.7 million -- or one for every 140 people.

"Poverty and unemployment force women into the industry -- the government should be seriously concerned about it," Nyam Ultzii, who runs one of the few non-government organisations in Mongolia helping sex workers, told AFP.

While the park in front of the Ulan Bator Hotel is a notorious public spot to trawl for sex, the trade is gradually shifting out of sight to karaoke bars, hotels, saunas and massage parlours -- putting the women at higher risk.

"Because it's gone underground, we seek women in the most vulnerable places and offer services like access to medical professionals for health check-ups, or clean places to shower and wash their clothes," Ultzii said.

The flourishing sex trade is having major health consequences -- inadequate medical services, limited prevention campaigns and the cultural stigma linked with prostitution have led to a rise in sexually transmitted infections.

A 2010 assessment done by personnel at Oyu Tolgoi, a huge copper deposit being developed by Canada's Ivanhoe Mines and Anglo-Australian miner Rio Tinto, identified STIs as one of five major health risks in the south Gobi desert.

The rise in the number of men working at both Oyu Tolgoi and the nearby Tavan Tolgoi coal field has led to a spike in sex worker activity -- and increased risk, says Ariunna, who runs Oyu Tolgoi's community health programme.

Some truck drivers en route to the Chinese border "have no money, so they sell one or two litres of diesel to the girls in exchange for sex. They've come to be known as the 'diesel girls'," said Ariunna, who like many Mongolians goes by one name.

"They can't get access to health services, and because of the shame to the family, they often shy away from any help or support," she added.

Nationwide, HIV -- the virus that causes AIDS -- is becoming a concern.

Despite Mongolia's status as a low-prevalence nation, the infection rate has increased 17 times in the past six years to a recorded 95 cases. And officials at the National AIDS Foundation admit the real number is likely much higher.

"Mongolia is a country at high risk of an accelerated HIV spread due to its relatively young population, increased mobility, proximity to growing epidemic countries such as Russia and China, and the high level of HIV-related stigma and discrimination", said local UNAIDS coordinator Altanchimeg Delegchoimbol.

Mongolia is one of 49 countries and regions in the world which still have restrictions on the movements of those living with HIV/AIDS, adding to the stigma attached to admitting one's status and getting treatment.

In 2002, a young woman was murdered by her husband after a local newspaper reported she was HIV positive, according to media reports. It turned out to be a false positive.

But in June at a high-level UN meeting on the topic in New York, lawmaker Dagvadorj Ochirbat said the government was "in the process of eliminating HIV-related restrictions on entry, stay and residence".

Concerns about testing accuracy also remain a problem, especially in the impoverished countryside, as the health industry suffers from financial and professional deficiencies.

In Khan Bogd, the town closest to the Oyu Tolgoi deposit, the local hospital has only 23 staff treating more than 3,000 officially registered residents, Ariunna explained. The only gynaecologist on staff is not certified.

Managers at Oyu Tolgoi are working with local authorities to bolster local health services, but they say authorities at both the national and local levels need to do more.

"We need support from the central government level. We're telling people to improve hygiene and use preventative measures -- but how much can we really achieve when there is no running water in hospitals?" Ariunna said.

By Kitty Hamilton from AFP