Kamiran Aziz Ali grimaces and leans forward, his hands behind his back, re-enacting the moment in January 1990 when Saddam Hussein's henchmen flung him into a jail cell in the "Red House". "I am still in pain," Ali says. "I cannot sit down for a long time anymore." But mercifully for Ali, his return to the cell where he was jailed was not for real. For years an infamous torture centre earmarked for Kurdish rebels fighting the ex-dictator's regime -- Kurdish fathers would threaten their sons with being sent to the Red House for not doing their homework or other misdeeds -- the Red House is now a museum. Once used to extract so-called confessions from fighters opposed to Saddam, since 1996 the Red House has exhibited the torture used by regime loyalists before the three-province Kurdish region of northern Iraq gained some autonomy -- and respite -- from the dictator's rule. 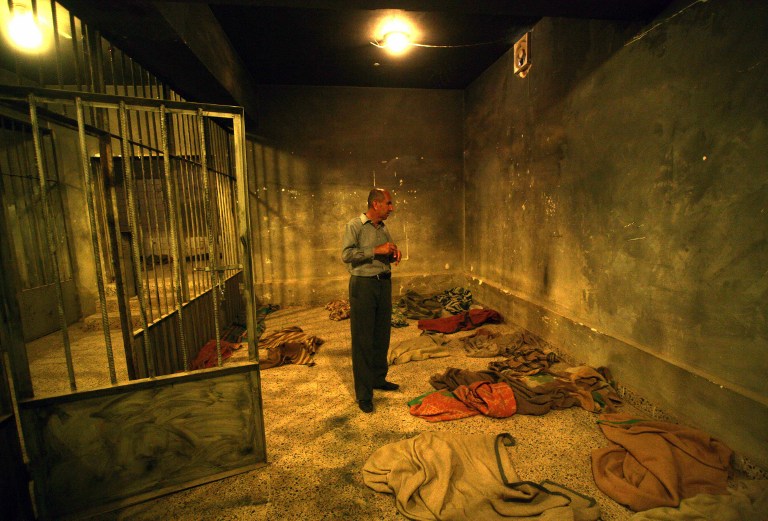 An Iraqi Kurd visitor stands in a cell at a former torture centre. ©AFP

Officially called the "National Museum In Order Not To Forget", locals still refer to it by its Saddam-era nickname. The concrete building lies in a wealthy neighbourhood of Sulaimaniyah, Iraqi Kurdistan's second city, 270 kilometres (170 miles) north of Baghdad. While the red paint that covered its walls has faded over time, the bars and barbed wire that stopped inmates from escaping are still in place. When Iraqi Kurdistan was under the yoke of Saddam's regime up to 1991, several hundred Kurdish rebel fighters were imprisoned in the Red House, accused of "subversion". Among the prisoners was the current governor of Sulaimaniyah province. It took six years to build the facility, which was designed by engineers of the former East Germany, according to Ako Gharib, director of the museum. 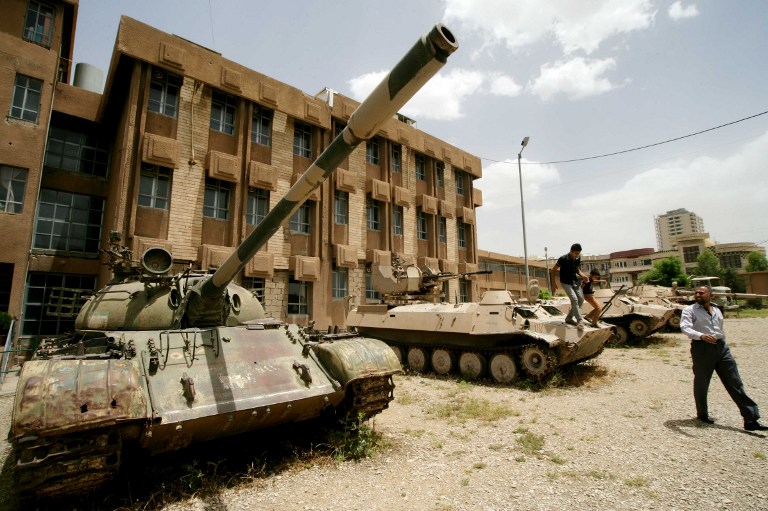 Iraqi Kurds look at tanks as they visit a former torture centre that was turned into a museum. ©AFP

"This was not a prison in the conventional sense," he says. "It was an 'interrogation centre'. Detainees stayed here for six to eight months and would then be transferred to Abu Ghraib or Baghdad," he adds, referring to a town just west of the capital that houses one of Iraq's infamous prisons. "Interrogation" at the Red House was a euphemism in Saddam's era for the barbaric means that the General Security Directorate used to extract "confessions" from inmates. -- 'A dungeon for a dictator' -- In the 1980s and early 1990s, each room in the facility was dedicated to a specific form of torture, according to Gharib. In one soundproofed office, museum visitors are shown a likeness of a detainee whose hands are tied to a metal pipe on the ceiling, his feet about 50 centimetres (20 inches) off the ground. In a second room, guards would tie inmates' feet to a metal bar held at waist height, while another guard would beat the detainee's feet with an electric cable or metal pipe. The beatings would last between six to 12 hours at a time. Ali, now a civil servant in Iraqi Kurdistan's education ministry, suffered a different form of torture. Having joined the Patriotic Union of Kurdistan -- the rebel group that is now the political party of Iraq's President Jalal Talabani -- in the 1970s, he was arrested and thrown in the Red House. The words of his tormentors are still fresh in his mind. "They told me, 'if you confess we will not torture you, and if you will not confess, we will put a power cable on your penis and pass an electric current through it.'" "I still have terrible back pain," he continues. "It dates back to my arrest. I have pain in my spine. I cannot sit down for a long time, otherwise I suffer horrible pain." "When I lie down to sleep, I remember this place where, for two months, my bed was a piece of cardboard." And the practice of extracting confessions continues to plague Iraq. US-led forces that overthrew Saddam's regime spent years, right from the 2003 invasion until the final American military withdrawal in December 2011, trying to reform Iraq's justice system to consider a wider array of evidence. But police and judges still rely heavily on confessions. 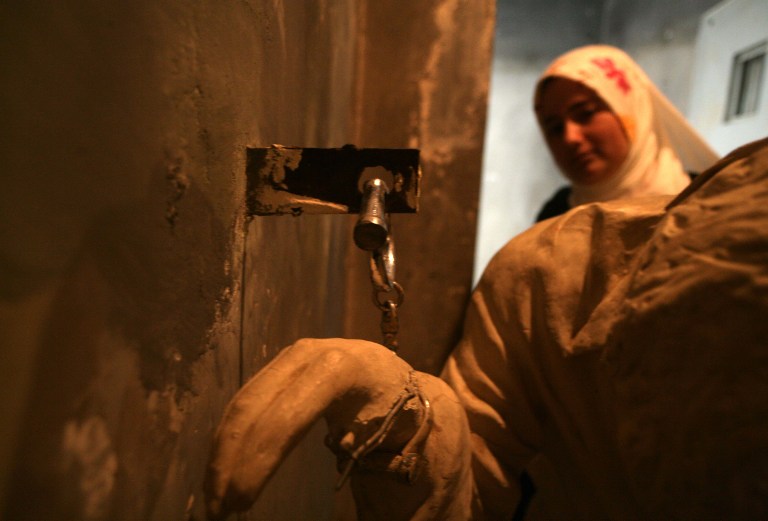 An Iraqi Kurd visitor visits a cell at a former torture centre that was turned into a museum. ©AFP

In its 2013 annual report, London-based rights group Amnesty International said that still in Iraq, "torture and other ill-treatment were common and widespread in prisons and detention centres ... and were committed with impunity". "Torture was used to extract information from detainees and 'confessions' that could be used as evidence against them at trial." Ali spent nearly a year in the Red House, moving from one cell to another, often spending months in each, and was due to be transferred to Abu Ghraib prison. But he was freed when a March 1991 uprising in Sulaimaniyah against Saddam's forces put an end to the Red House's activities. Memories from the Red House, however, are still vivid. "This building was a dungeon for a dictator," he says. "We can never forget." By Guillaume Decamme from AFP