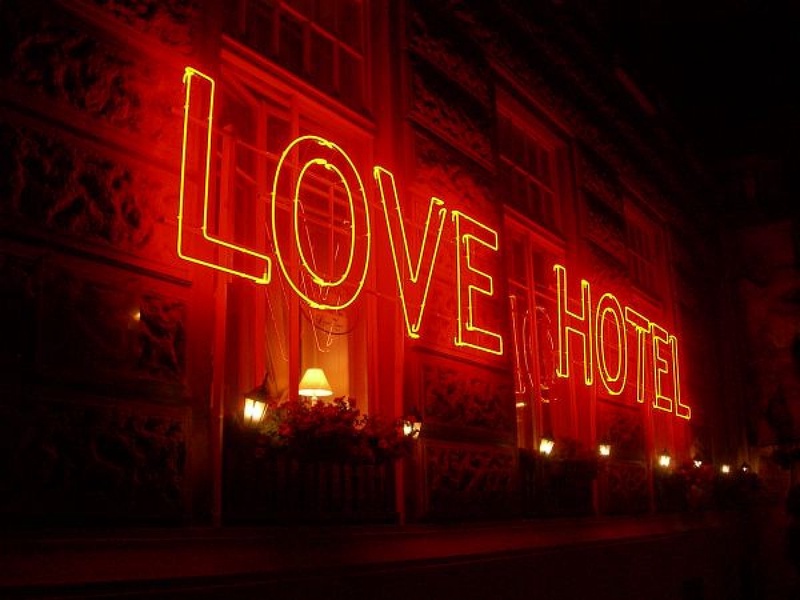 From rooms kitted out like medical clinics where couples can play "doctors and nurses" to grottos where it is permanently Christmas, Japan's "Love Hotels" cater to almost every taste, offering a few hours of reasonably-priced privacy in a crowded country. And with the kind of occupancy rates that most hotels can only dream of, even during economic hard times, they are an almost recession-proof business, and a sector that is sure to see a bump over Valentine's Day. One weekday lunchtime at Two-Way, one of many Love Hotels in the lively Tokyo district of Shibuya, only two of the 34 rooms are vacant. "At this time of day it will be mostly couples having affairs," said Masakatsu Tsunoda, who has been in the business for 15 years and has owned the place for five. "In the evening it will be mostly younger people." 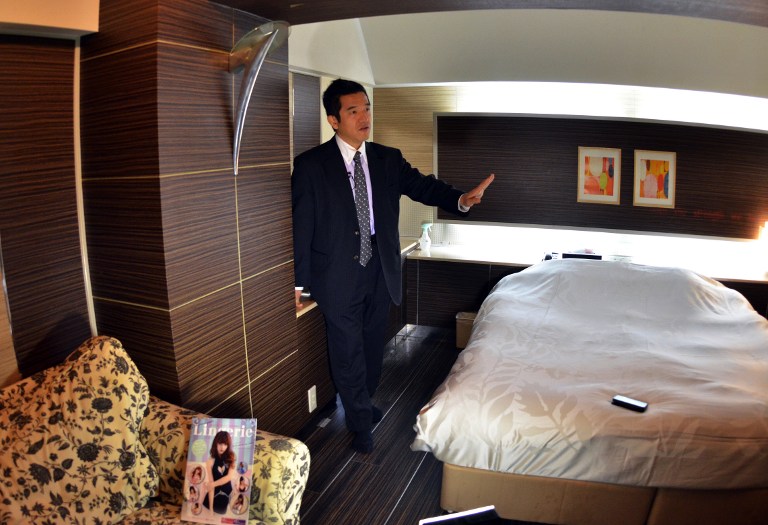 A love hotel consultant Masakatsu Tsunoda speaking to an AFP reporter in a room of the Two-Way hotel in Tokyo. ©AFP

The concept of a Love Hotel is simple; rooms can be taken for the night, or for two hours -- euphemistically termed "a rest", although few couples taking this option intend to sleep. "Ideally, you would have a room occupied four times in 24 hours," says Tsunoda. "Once in the morning, once in the afternoon, again in the evening and then for the night." Even the most basic room comes with an ensuite bath, and with a starting price of around 7,000 yen ($70) for the night, it represents good value for money in a country where accommodation can be expensive. A little bit of couple time during the day can be bought for as low as 2,000 yen. At the higher end, a room will have luxury sheets, the latest flat screen television -- complete with a limitless supply of adult entertainment -- a game console, perhaps a mirrored ceiling and a deep bubble bath with room enough for two. In between are rooms to suit every imaginable taste, some more typically kinky, with an array of gags, whips and leather, and some designed to indulge an altogether more innocent fantasy, such as those with a Star Wars theme or done up to resemble medieval European castles. "They're not only places for people who are unmarried or live separately, but they are places where you can spice up your relationship," one occasional user told AFP. A chance for privacy Anonymity is assured and discretion -- never in short supply in Japan -- is absolute. A couple can often check in and out without once seeing an employee. Their room choice can be made from a display in the lobby, paid for at a machine with keys dispensed through a small window. 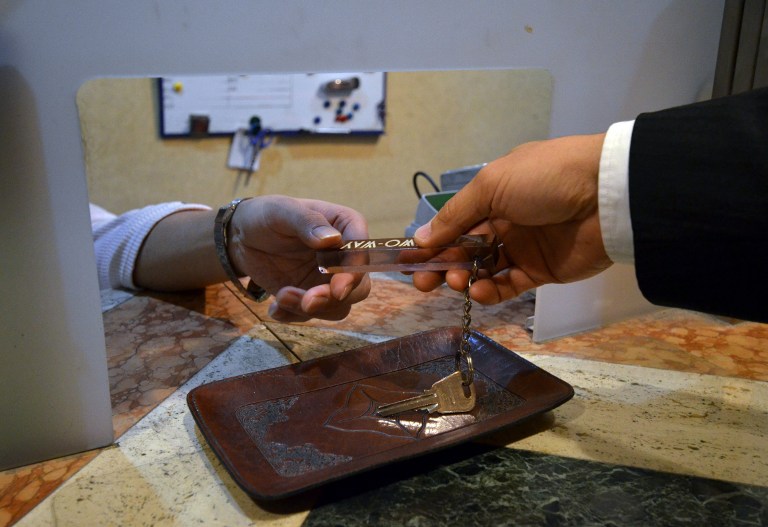 А customer receiving a room key from a hotel employee through the small window at the front of the Two-Way hotel in Tokyo. ©AFP

Staff, when they do appear, are polite, but neutral, doing their best to blend into anonymity and instantly forget the faces they see. Academic Ikkyon Kim, who has written on the subject, said Love Hotels came about during Japan's feudal era, which lasted until the mid-19th century. "Of course, they weren't called that at the time, but there have long been rooms that a couple could rent for a few hours," he said. "Before World War II, there were a number of ryokan (traditional Japanese style inns with tatami mat flooring) which operated along these lines." But it was in the boom years of the 1950s and 60s where the modern form was firmly established. "They came about to fill a need," said Kim. "People were living in these tiny apartments where the whole family would sleep in the same room at night. There was no chance for any privacy." As Japan got richer "hotels became these large concrete buildings with many rooms, each with its own bath, a big bed, a colour television and all the kind of things people wanted to have at home." In the 1970s, owners started experimenting with more exotic forms -- castles, fantastical rooms, and rotating beds -- and others followed. Bound by strict rules on tasteful advertising, but unhampered by the kind of planning regulations that are intended to maintain architectural harmony in European cities, extravagant designs with pink turrets or gaudily-painted Cadillacs improbably balanced on roofs loudly announced their presence to passers-by, without ever mentioning sex. 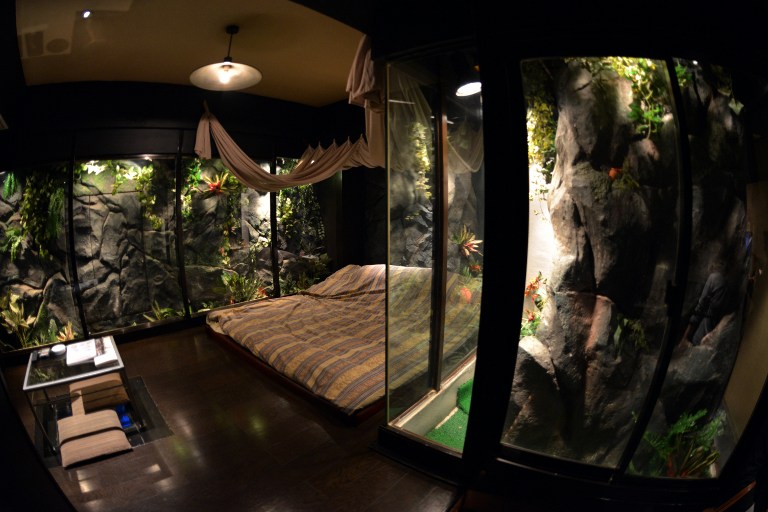 The frothiness of Japan's 1980s bubble economy, when almost anything seemed possible, lead to an explosion in Love Hotels. Estimates suggest there are up to 30,000 in Japan now, in an industry worth a staggering 4 trillion yen ($40 billion) a year. More than two decades since the bubble burst, the sector is still in a robust state, "even if it's not quite as good as it was back then," laments Tsunoda, who says the rise of the Internet has pushed owners to up their game. "Previously, couples would just go into the first place they came to on the street, but nowadays they can use their smartphone to compare what's in the area and take their pick," he said. Clients are always looking for novelty, for a unique experience, said the manager of The Rock, a Love Hotel in the style of a haunted house in a Tokyo suburb. "It's getting more and more difficult to distinguish ourselves," she said. "It's hard to find the kind of facilities and equipment that customers don't already have at home."

By Karyn Poupee from AFP