As pets go, they are low maintenance. No muss, no fuss, nice and quiet, and even a bit furry. So, how about snuggling up with a giant, non-biting tarantula? A farm in Chile exports the palm-sized critters to Asia, Europe and the United States for sale as exotic household companions. They go for $25 each plus shipping, and need to be fed just once a week, preferably live cockroaches or worms. And they live a long time -- up to 25 years in the case of females. "Not everyone can keep a dog or cat. Tarantulas are cheaper and do not need as much attention. What's more, the world has changed and what with technology and cable television, people are learning about this kind of exotic animal and want one for their home," said Juan Gonzalez, a vet at the farm. 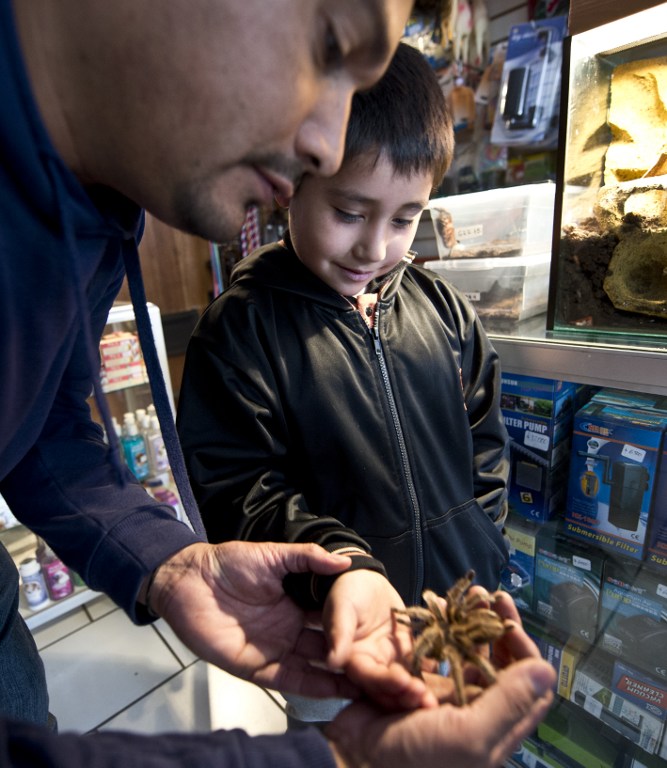 A man shows his son a spider for sale at an exotic animals shop. ©AFP It is owned by one Juan Pablo Orellana, an agronomist who gathers and raises these Chilean rose hair tarantula (Grammostola rosea). Orellana's farm exports about 30,000 of them a year. They travel in boxes with holes in them and a certificate that could be seen as a pedigree. "For me the best part is going out to find new spiders," Orellana told AFP. He gathers arachnids in hills outside the Chilean capital Santiago, and also raises and breeds species that are hardest to find. In Chile only 11 species of tarantulas have been formally classified scientifically, but he himself possesses 20 different kinds. His farm boasts a rainbow of tarantulas: some have red abdomens, others have copper-colored skin, and they have varying degrees of hairiness. After filling his house with pet spiders, Orellana founded his company, called Andespiders, employing several family members. At the breeding facility, most of the farmhands are women. 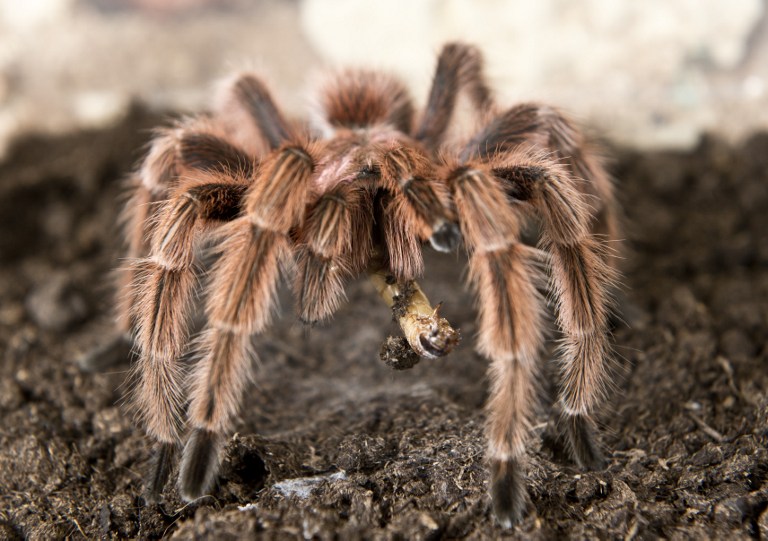 "It is labor intensive and very specialized, and I prefer women because the creatures are fragile, and if they break a leg or are dropped they can die," Orellana says. The breeding process is rather involved and requires a delicate touch. It takes two and a half to three years to raise one up to saleable size. Gonzalez, an adviser to Orellana, said the tarantulas must be separated from each other. "It's in their genes, they cannot live alongside even a mate. They start fighting when they are young, and you have to separate them to avoid cannibalism," Gonzalez said. The United States is the farm's main client, and a volume-oriented wholesale one, while European buyers seek fewer tarantulas but a wider variety of species, Gonzalez added. In recent months the farm has also delivered critters to the University of Antofagasta in northern Chile, which is researching the cancer-fighting features of Chilean spider and scorpion venom. 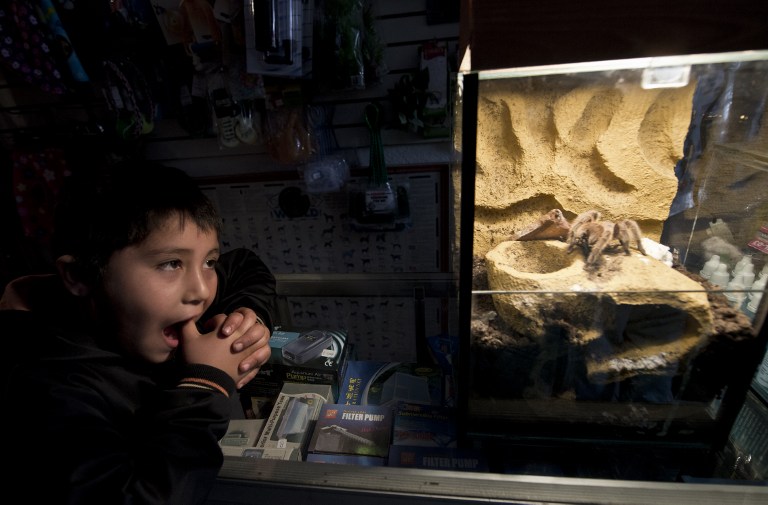 A child watches a spider for sale at an exotic animals shop in Batuco. ©AFP At the farm, there is a hospital-like quality: women in white robes with rubber gloves and face masks separate hundreds of newborn spiders into small plastic containers with breathing holes. The women are working all out to fill an order for 3,000 spiders that will go to Germany. But there is one specimen that is not for sale: a coffee-colored tarantula named Rufina, a particularly big creature that Orellana gave to his now wife when they first started dating.

by Roser Toll from AFP