Suspected of being a biological weapons site under Saddam Hussein and later an Al-Qaeda stronghold, an Iraqi town wants to return to its previous status as a centre for archaeology and tourism.

Madain, a town of some 7,000 inhabitants, was founded by the Parthian King Mithridates I more than 2,000 years ago.

It now lies between the two main highways linking the capital with southern Iraq, as do historical sites such as the Arch of Ctesiphon and the tomb of Salman Pak -- one of the companions of the Prophet Mohammed.

"We want to restore life to this place and make it one of the beautiful places for tourism," said Abdelhadi Hassan, director of antiquities in the town, 30 kilometres (18 miles) south of Baghdad. 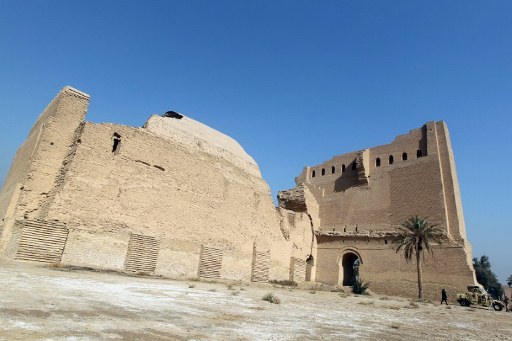 He said that both Iraqis and foreigners used to visit the gardens and parks in the town.

"Because of negligence the gardens and parks disappeared," he said. Maintenance work was stopped "because of the wars of the former regime."

Postcards from the 1970s show luxuriant gardens and arbours, but today there is little foliage because the irrigation pipes were destroyed and the trees were cut down for firewood by inhabitants during the 1980-1988 Iraq-Iran war.

And the museum was looted in 2003 following the US-led invasion that overthrew Saddam Hussein, who was later executed.

About two kilometres (1.2 miles) away lies the tomb of Salman Pak ("The Pure" in Persian).

According to tradition, Salman Pak was originally Zoroastrian but converted to Christianity, and was later sold into slavery to a Jewish family in Medina in present-day Saudi Arabia, before converting to Islam.

Though it once was a centre for tourism and still features historical sites, Madain has had a notorious reputation in recent decades. 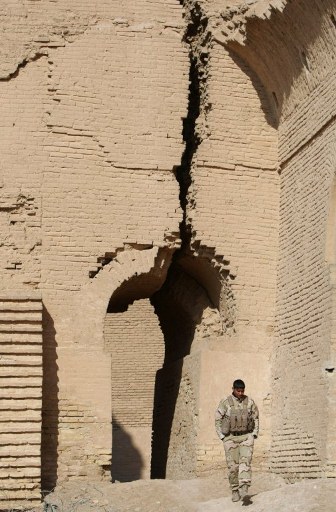 In 1986, according to the UN, the Iraqi biological weapons programme was developed in the area, and during the 2003 invasion, American forces said they captured Egyptians and Sudanese in a "terrorist training camp" in the town.

Al-Qaeda in 2005 made the town its stronghold, manufacturing car bombs and other explosive devices, while its fighters attacked the police and US forces, and constructed "dungeons" in the orchards in the area to detain victims kidnapped from the nearby highways.

"This region was a site of armed conflict, but now that is all over," Hassan said.

But the military and police still patrol both on foot and in armoured vehicles between the Sunni and Shiite neighbourhoods, as the wounds from the conflict between the two communities are far from healed.

The Shiites cannot forget the terrible years from 2005 to 2008 during which insurgents carried out murders, abductions and attacks on their places of worship.

Abu Ali al-Shimmari, a 56-year-old restaurant owner, is still traumatised because of one day in 2005 when three armed men told him: "You have three days to leave, or we will kill you."

So he and his family left the town until 2008, by which time the security situation had improved. 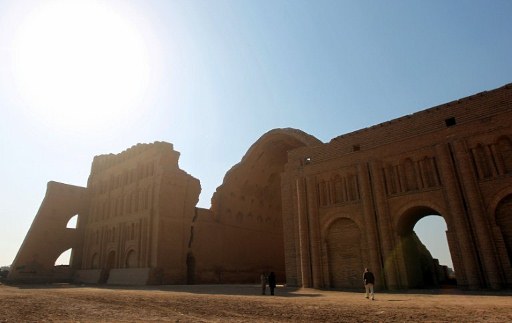 Both Sunnis and Shiites want to see Madain become a tourist destination once again.

"I really want us to return to the old days," Shimmari said.

Adnan Khideir, a 42-year-old retired Sunni official, agreed: "The state must rebuild the town, especially now that the security situation is better."

He said he wants the gardens and public parks to be restored and an old hotel to be renovated.

But for now, the palace and the Arch of Ctesiphon remain a desolate place guarded by security forces.

The site has not even been registered as a UNESCO world heritage site, nor has such a request been made, an official from the international organisation said.

by Sammy Ketz from AFP