Mother-of-three Lilavati Devi stands perfectly still in the hot sun in Old Delhi as a practitioner and his assistants check the veins in her hands. Then, armed with razor blades, the practitioner slices neatly into her skin and lets the "impure blood" drain out. Devi suffers from chronic arthritis and firmly believes that her elderly "doctor" or practitioner, Mohammed Gyas, has the skills to cure her and others through the ancient treatment of bloodletting. "Science and modern medicine have failed," Devi tells AFP, as an assistant pours cold water on her bleeding hands and sprinkles them with a grey-coloured herbal powder. The 82-year-old Muslim man's treatment "has been the only way to end the severe joint pain", she says. Doctors used the thousands-year-old practice to treat illness until the late 19th century, when it was mostly abandoned and overtaken by modern medicine. 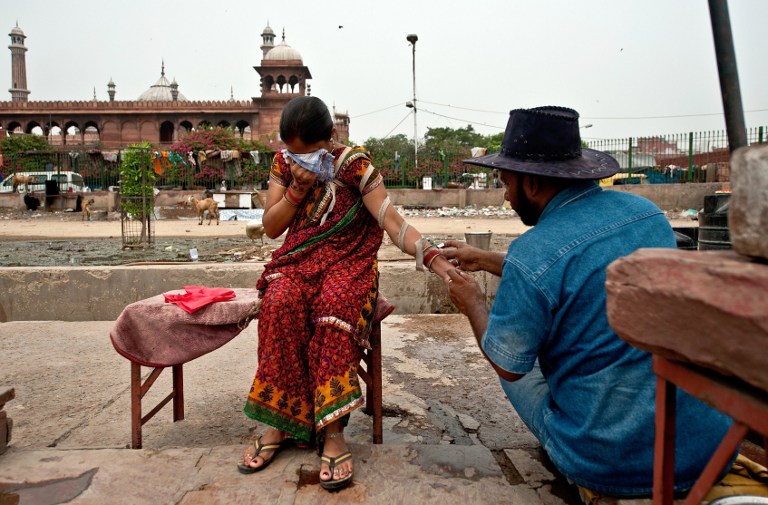 An Indian woman covers her face in pain as she is cut on her hand by Mohammed Iqbal. ©AFP

But among a handful of poorer, and sometimes remote, communities in India, where medical services are too costly, waiting lists too long or modern doctors simply not to be trusted, traditional practices like bloodletting are favoured. About 50 patients queue each day at the open-air clinic in the shadow of India's largest mosque, the Jama Masjid, for the treatment which Gyas says can cure everything from paralysis to diabetes and even cervical cancer. "The basic tenet of the therapy is the belief that impure blood is the root cause of all ailments. Get rid of the impure blood and your health problem is solved," says Gyas, who learnt the skill from his father and has been treating people here for more than 40 years. "Tracking the flow of impure blood is the biggest skill required. Incisions are not made randomly, every vein has to be checked," he says. The practitioner finds what he calls blockages, knots, clots and lumps in veins and makes incisions to unclog them, removing blocked blood and improving flow. 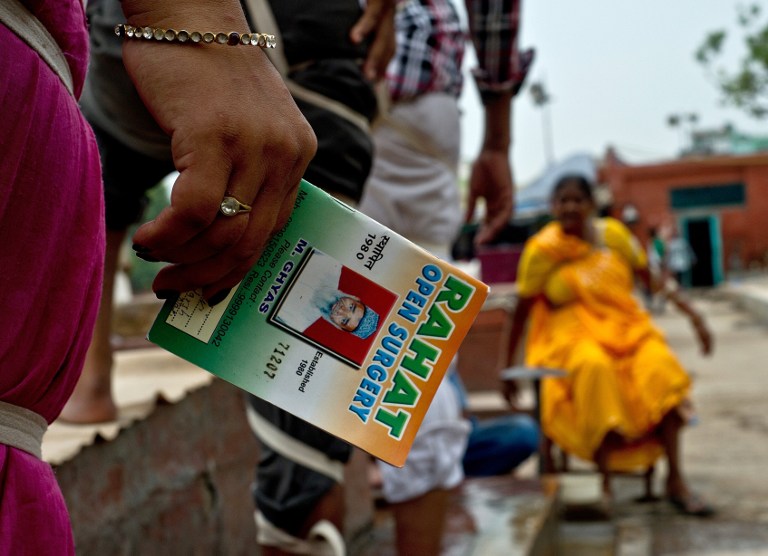 Before starting treatment, Gyas instructs patients to stand in the sun for about 40 minutes at the clinic, where nearby ducks and goats wander, and Muslim vendors sell mutton curry, prayer beads and skull caps. His assistants tie cloth strips around his patients' limbs to restrict blood flow, making veins bulge nearer the surface of the skin in preparation for a series of small incisions. Gyas says he does not charge patients, most of whom are poor. However they pay about 40 rupees (67 cents) to his assistants for their work -- about 10 times less than what homeopaths, popular alternatives in India to GPs, charge for a consultation. "When people come to me, they have very little money. What can I take from such people?" Gyas says. Gyas depends financially on one of his sons who is a shopkeeper, while another son is following in his footsteps, learning the practice from his father. "Our treatment is like any other traditional form of medicine. We are not commercial doctors because people's well-being is what matters to us," says son Mohammad Iqbal. Bloodletting may still be practised in some parts of India but conventional doctors dismiss it as quackery. Diabetes specialist Rajesh Keswari says he regularly sees patients who have put their health at risk by trying unscientific therapies and remedies such as draining blood or drinking herbal potions. 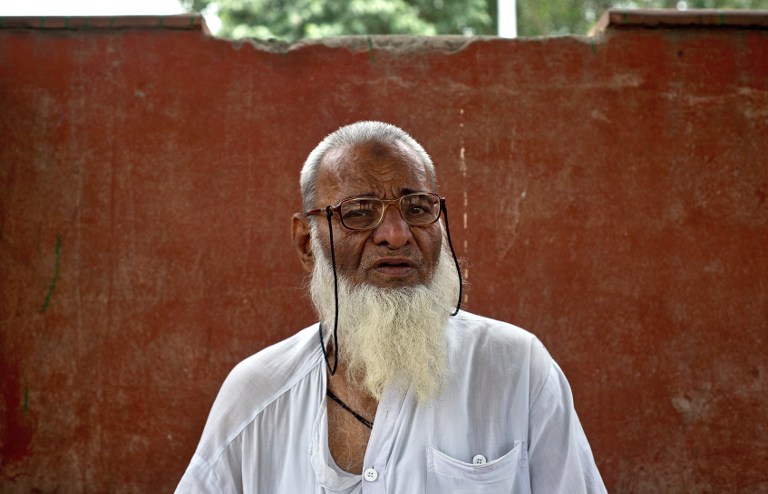 "Diabetes has to be controlled from day one, what happens is many people, especially uneducated and poor people, they go to such quacks, they take treatments which obviously do not work," said Keswari, adding that patients often suffer complications from such treatments. Although India has world-class hospitals, many Indians cannot afford them. A decade of rapid economic growth has allowed the government to boost spending on poor and rural communities, but the public health system still falls short of meeting the needs of its 1.2 billion people, according to a 2013 Oxfam report. And despite efforts to strengthen the sector, it still suffers from one of the world's lowest levels of government investment in health, according to a report by the World Health Organisation in 2008. But some patients are not drawn to bloodletting as a last, low-cost resort. Instead they swear by the treatment itself, describing successful results, after numerous consultations. "Earlier, I was unable to sit or stand," says Jayant Kumar, 42, who was left physically disabled by a road accident four years ago. "Now I can even walk without support." by Rupam Nair from AFP