In El Salvador, from busting heads to breaking bread

In El Salvador, from busting heads to breaking bread

After a life of crime in one of Central America's most fearsome gangs, a group of Salvadoran street toughs, some tattooed from head to toe, have now found a way out: making bread. Around 20 members of the Barrio 18 gang have opened a bakery in the town of Ilopango, east of the capital, hoping to put their violent past behind them and become ordinary citizens following a truce between El Salvador's ultra-violent gangs. "By making bread, we have hope for a better future," said Oscar Vasquez, a 24-year-old gangster-turned-baker who concealed his tattoos under a striped sweater and blue pants. "If you put an effort into it and work hard, you can help your family, even though it's not a lot of money," said Vasquez, who has a four-year-old daughter named Tatiana. 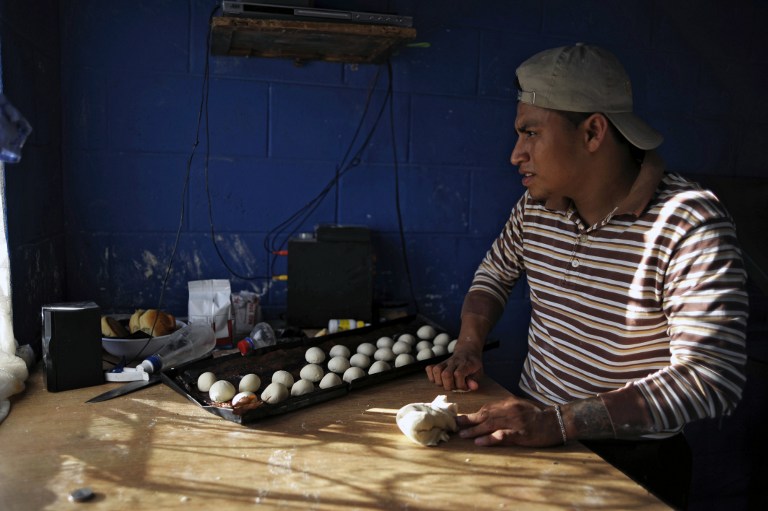 A member of the 18th street gang prepares dough at a bakery. ©AFP

They opened their bakery two weeks ago in a small house in a blue-collar neighborhood of Ilopango, where a sign reads "18 Welcome."
The bread shop is the first social reinsertion effort since Barrio 18 and their arch-enemies, Mara Salvatrucha, struck a major truce in March 2012. Mediated by a military chaplain, Fabio Colindres, and former guerrilla commander Raul Mijango, and under the supervision of the Organization of American States, the truce has cut the homicide rate from 14 to five murders a day, according to the authorities. Some 50,000 gang members roam El Salvador, while more than 10,000 are in prison in this small Pacific coast country of 6.1 million people. A wave of murders, extorsion and other crimes have made El Salvador one of the world's most violent countries.

Jose Galdamez, of the 18th street gang, puts dough in the oven at a bakery. ©AFP

With the support of Ilopango Mayor Salvador Ruano, the new bakers rebuilt a tiny home of 40 square meters (430 square feet) that had no roof, no door, no running water and no electricity.
The house was painted blue and finally has light. For now, neighbors are providing jugs of water to the bakery until the "pandilleros" -- as gangsters are called in Latin America -- make enough money to reconnect water services. The bakers start work at dawn, using a gas stove and a small table raised with bricks so that it's high enough to knead the bread. The buns are then displayed on a counter. "Thanks to God, the product that we are selling is the product that we are making. The goal is to get young people off the street," said Jose Galdamez, 32, as he carefully watched that the bread didn't burn. 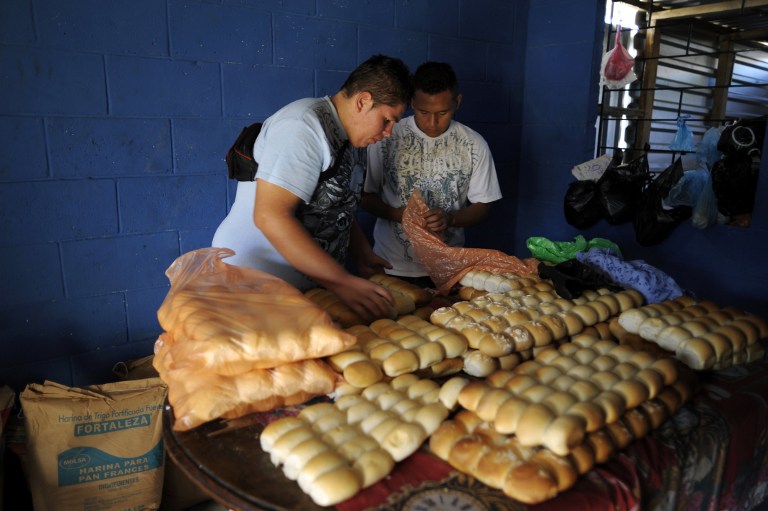 Members of the 18th street gang put bread into bags at a bakery. ©AFP

With tattoos all the way up to his face, another member of the group, 25-year-old Felix, was working to give a good life to his two daughters, who are four and two years old. "We want to reintegrate society, have an opportunity to work, be free people so that we are not criticized and judged for what we used to be," said Felix, who was released from a packed prison two months ago following a four-year jail term. As Caribbean beats played on speakers, one baker mixed flour with salt, sugar and water while others pressed the dough with their hands. The smell of warm bread spread across the streets, attracting hungry children and adults. Some of the bread is put in a basket to be sold on the street, with four men calling potential customers with shouts of "Here's the bread!" 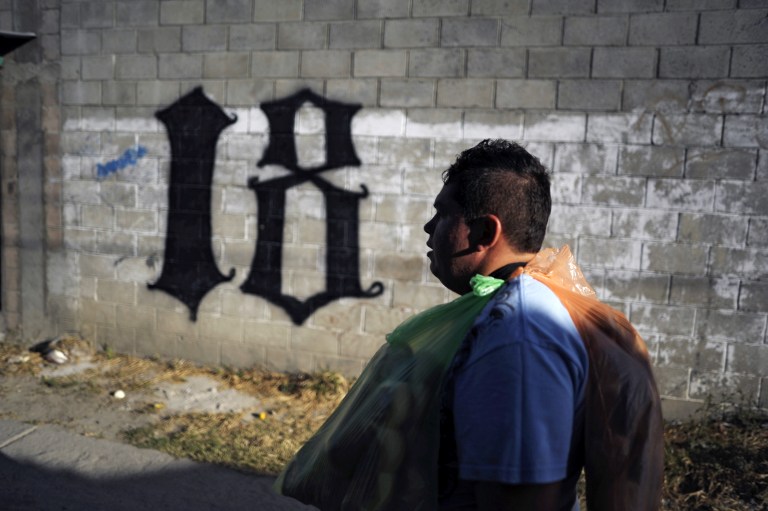 A member of the 18th street gang holds bags with bread for sale from a bakery. ©AFP

Estebana Marroquin, who lived 20 of her 50 years in the neighborhood controled by Barrio 18, said the bakery project was "a gift from God." "We are very happy because the mayor has given them support so that they change and don't roam the streets," she said. From dawn on Tuesday, the bakery was bustling as the men prepared bread that they would offer to the population during an event in which the gang members and officials were to declare the town "free of violence." Oscar Rivera, a veteran baker who was training the gang members, said the bakery "shows that if you give young people job opportunities, they can abandon the street."