Until last year, the few tourists who visited the small west African town of Ouidah were likely headed to the Gateway of No Return, a massive monument to the area's bleak history as a slave trading hub.

But the town may soon become known for an attraction of an entirely different sort: the first sub-Saharan Africa museum dedicated exclusively to contemporary African art.

The Zinsou Museum, installed in an ornate 100-year-old villa, has attracted 13,000 visitors since its launch in November -- an impressive tally for an out-of-the-way town in the sparsely visited nation of Benin. 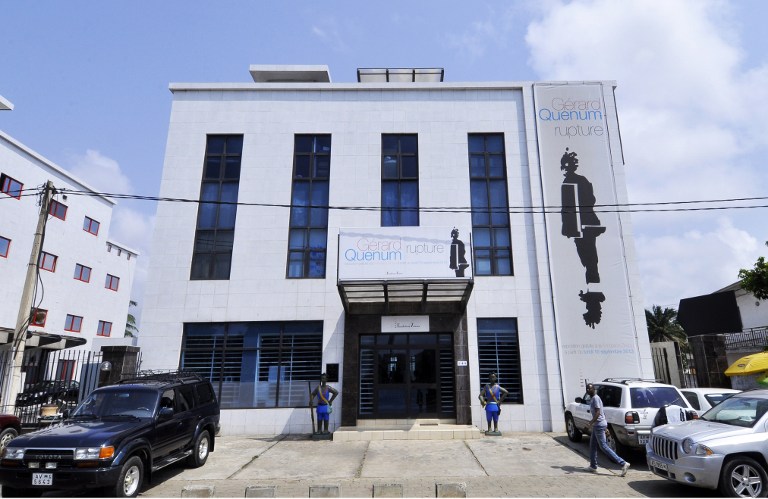 A view of the headquarters of the Zinsou foundation, which runs the new contemporary arts museum in the recently renovated villa Ajavon, in Ouidah, Benin. ©AFP

The reputation -- and monetary value -- of contemporary African art has steadily risen in recent years. Curators and collectors from North America and Europe frequently fly in to artistic hubs like Lagos, Nigeria seeking new talent and new work by established names.

But for Marie-Celine Zinsou, who spearheaded the creation of the museum, better notoriety for African artists abroad was not enough.

While on a trip to Benin with a French based children's charity in 2005 she wanted to take a group of youths to an art museum.

"I found that there wasn't any structure to show (the children) work from their own continent," she told AFP.

Zinsou, the grandniece of one of Benin's first presidents, secured an investment from her father Lionel, a businessmen with duel French and Benin nationality who previously worked for France's Foreign Minister Laurent Fabius.

The Zinsou foundation opened in 2005 at a building in Benin's largest city of Cotonou, where access was free to view both African and foreign art.

The foundation attracted four million visitors in eight years, mostly students under the age of 15.

As it became more established, the Zinsou Foundation began acquiring a diverse collection of contemporary African art, with the goal of opening a permanent museum.

The Villa Ajavon, an expansive cream-coloured home built in 1922 by a Togolese trader, drew Zinsou to Ouidah, a town of 60,000 people some 40 kilometres (25 miles) from Cotonou.

"When we found out this sublime building was available, we jumped at the chance," said Zinsou.

"Its style is very symbolic, very specific to this region," she said. 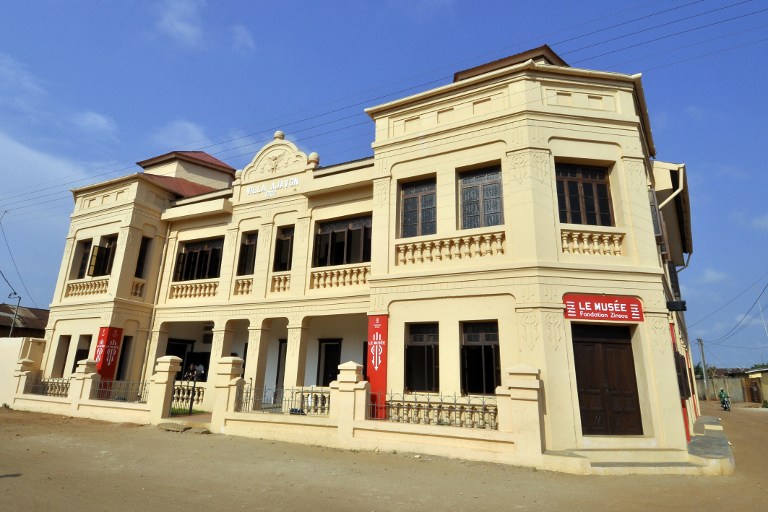 The renovated villa Ajavon, which was originally built in 1922, where the new Zinsou museum and contemporary arts center has been established, in Ouidah. ©AFP

The slave trade monument in Ouidah is a massive archway with two long lines of naked, chained men in bas-relief along the top, to suggest the group is being marched into the Atlantic Ocean.

Hundreds of thousands of Africans were believed to have been condemned to slavery from the beach below the archway.

The Villa Ajavon in a sense defies that history, having been built by the descendants of slaves who returned from the Brazilian city of Bahia in a style influenced by both Brazilian and African architecture, said Zinsou.

The villa falls along a quiet dirt road lined with run-down bungalows and is just a few hundred metres from the Temple of Pythons, a major centre of voodoo worship which retains powerful influence in Benin.

While the villa needed to be renovated to host a museum, Zinsou said the priority was to preserve its original structure.

Air conditioning in main hall was therefore forbidden so as to not disfigure the exterior, so those who wants to see the museum's collection must be prepared to sweat.

Air circulates through sunlight corridors where the works of leading African artists are on display, including: Ethiopia's Mickael Bethe-Selassie, Frederic Bruly-Bouabre of Ivory Coast and Cheri Samba of the Democratic Republic of Congo.

Like in Cotonou, the entrance in Ouidah is free and the visitors are typically very young.

Eight-year-old Achmine Atindehou said she was on her second visit to the Zinsou Museum and had already grown very confident in her arguably peculiar tastes.

"I like the drawing 'Living Memory' (by the British-South African artist Bruce Clarke) because it is nice. It is about death," she said. 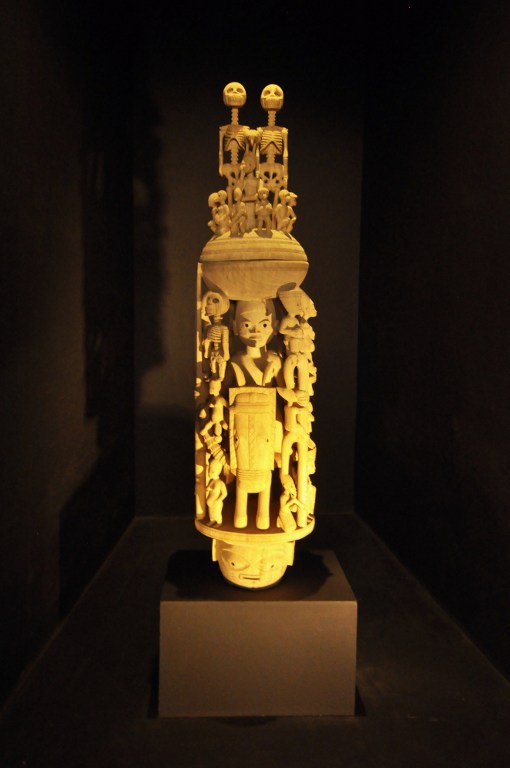 A view of a sculpture by Benin artist Kifouli Dossou in an exhibition at the Zinsou museum. ©AFP

Museum director Claude Aktome said often children come with their school classes and then persuade their parents to bring them back.

Romuald Hazoume has exhibited his paintings, sculptures and photographs in London and New York, but became emotional when recalling his first showing in Benin, the country of his birth.

"It was the first time that I saw young people from Benin coming to admire my work," he told AFP. "I cried that day. I was so moved."

By Cecile de Comarmond from AFP