Pine cones, moss and rotten food are fuelling a Swedish city's quest to be sustainable, but people's attachment to their cars may put the brakes on its carbon-neutral ambition. Nestled among glittering lakes and thick pine forests in southern Sweden, Vaexjoe has gone further than most in renewable energy, clean transport and energy conservation, promoting itself as "Europe's Greenest City". "We started very early," Henrik Johansson at Vaexjoe local council told AFP. "Our politicians realised in the '60s that if the city was to develop the lakes had to be cleaned up -- they'd been polluted by the linen industry in the 18th century and by the city's expansion." 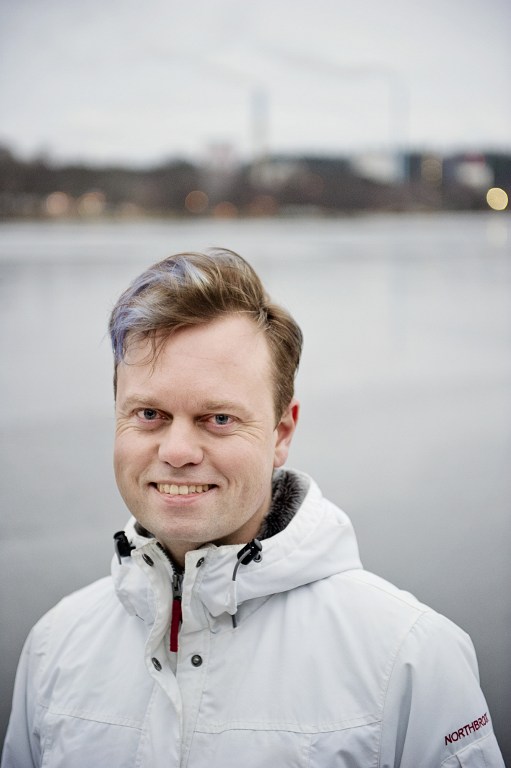 Henrik Johansson, Environmental Coordinator of Vaexjoe Municipality.  ©AFP The restoration of the most polluted waterway, Lake Trummen -- infamous for its noxious smell as far back as the 18th century -- acted as a catalyst for more ambitious environmental projects, he added. "When I was a kid you wouldn't have dreamt of taking a swim in it, but today you can," said the 39-year-old environmental officer. "That very obvious change has stayed in people's minds -- it showed that if you really want to do something and set your mind to it, you will succeed." In the 1990s, before global warming was grabbing headlines, the city council announced plans to abandon fossil fuels by 2030 and to halve carbon emissions in less than two decades -- among a host of "green goals" that also encourage local farmers to go organic and everyone to reduce paper consumption and to use bicycles or public transport. Today, Vaexjoe's CO2 emissions are indeed almost half what they were in 1993 -- one of the lowest levels in Europe at 2.7 tonnes per person -- and almost half of Sweden's already low average. Energy from moss and twigs In the 1970s Vaexjoe developed a district heating and power system -- pumping heat and hot water from a central boiler around the city. That was not unique for Sweden, but the city-owned energy company went on to pioneer a changeover from oil to biomass -- incinerating leftovers from the forestry industry. 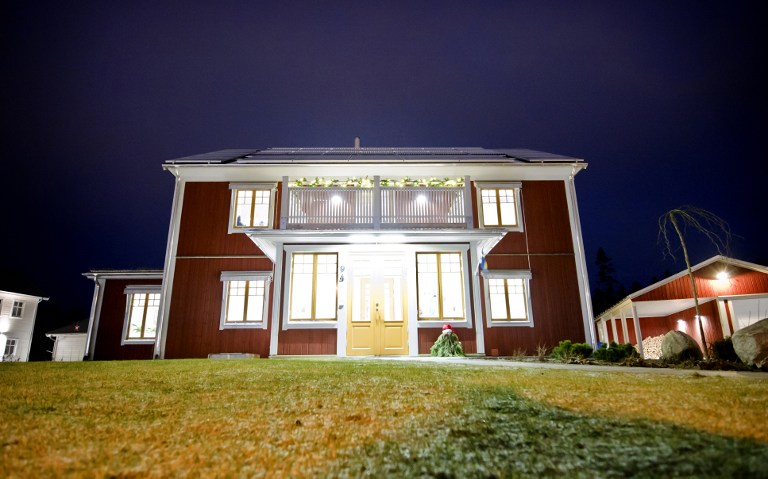 At the plant just outside the city, Bjoern Wolgast, the director, picks up a handful of tangled twigs, moss and bark, and breathes in the pungent pine fragrance as an excavator delivers a pile of the dusty material to a nearby conveyer belt.

"It's totally renewable energy -- Swedish forests still produce more than we take out," he said, adding: "And we send ash back to fertilise the forest." Today almost 90 percent of the city's 60,000 inhabitants get their heat and hot water from the plant, which also supplies about 40 percent of electricity needs. Thanks to a series of filters, the plant's emissions are almost negligible -- one-twentieth of the national limit. But whether Vaexjoe really is "Europe's Greenest City" is open for debate and the slogan irritates some locals, including ecological restaurant owner Goeran Lindblad. "Why were we years behind other parts of the country in recycling food waste?" asked Lindblad, one of the first in Vaexjoe to start recycling food two years ago. Buses fuelled by potato peels Nonetheless, when the local council did start collecting organic waste things happened quickly. Two-thirds of households signed up voluntarily -- in return for lower charges -- and today the city's fleet of green biogas buses runs almost entirely on locally produced gas made from rotten food and sewage. 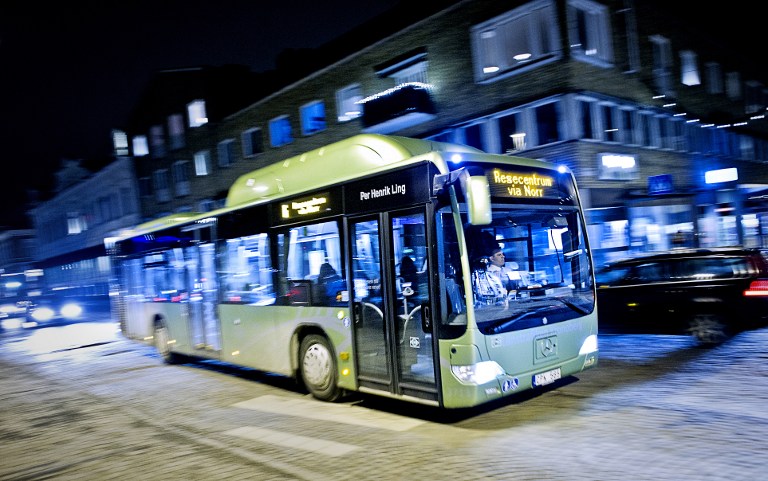 A bus in Vaexjoe, Norway.  ©AFP

"It's difficult to compare cities of different sizes but I'd say it's one of Europe's greenest -- they're very advanced and ambitious," said Cristina Garzillo, a sustainability expert at the local government network ICLEI in Freiburg, Germany. Ryan Provencher, a 39-year-old engineer, moved to Sweden from Texas just over a decade ago and could be described as a fervent convert to the green revolution. "We recycle just about everything. I only use my car about twice a week and tend to run or cycle to work," he said. Provencher lives with his wife and three children in Vaexjoe's most environmentally friendly "positive house", which sends more energy back to the local grid than it uses thanks to a roof covered in solar panels and an array of other energy-saving gadgets. He says the contrast with life in Waco, where his parents live, is like "night and day". "Gas is so cheap there that nobody thinks twice about driving." Vaexjoe may be a world away from Waco, but many of its residents have a similar love affair with the car -- about 60 percent drive -- and it has proved hard to change that, making the city's fossil-free goal harder to achieve. "We're dependent on national changes and on car and fuel companies to make alternatives available. We can't force people out of their cars," Johansson said. "But we're making it more and more attractive to use bikes or buses and harder to drive shorter distances. And it's pretty easy to make quick improvements: gas stations are already blending biofuels into ordinary fuel so everyone can start lowering their CO2 emissions." "By 2030 I think we'll be at least 80 percent there," Johansson said. "And that would not be so bad!" By Tom Sullivan from AFP