Barack Obama can't stand beetroot, artichokes are off the menu at France's presidential palace and Vladimir Putin does not take any chances with dishes that emerge from the Kremlin kitchens. Those were just a few of the culinary titbits to emerge from the latest reunion of the select club of chefs who ply their trade on behalf of some of the most powerful men and women on the planet. The "club des chefs des chefs", which now counts some 20 members, was formed 35 years ago by Gilles Bragard, who revealed that Putin continues the tradition of medieval monarchs who, for fear of poisoning, were reluctant to eat anything that had not been tried first by someone else. 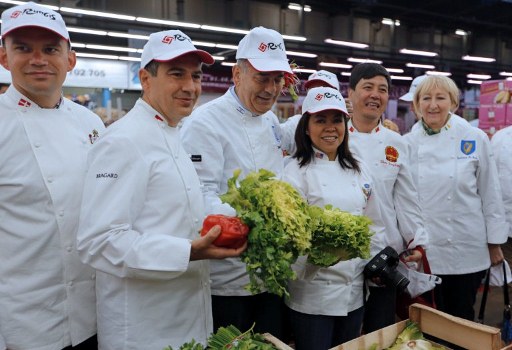 "Tasters still exist but only in the Kremlin, where a doctor checks every dish with the chef," Bragard told reporters this week ahead of a reception for the chefs hosted by new French President Francois Hollande. Bragard's comments were confirmed by Putin's head chef, Vakhtang Abushidi, and it seems he is not the only modern day leader who harbours a fear of what they may find on the plates put in front of them. Anton Mosimann, a regular cook for the British royal family, recalled that a visit by a former US president resulted in him being "constantly followed around by two FBI guys who wanted to taste absolutely everything I was proposing to cook." More recent interference in the palace kitchen has come from Britain's Duchess of Cambridge, the wife of Prince William, who asked the Swiss chef to lighten one of his sauces. 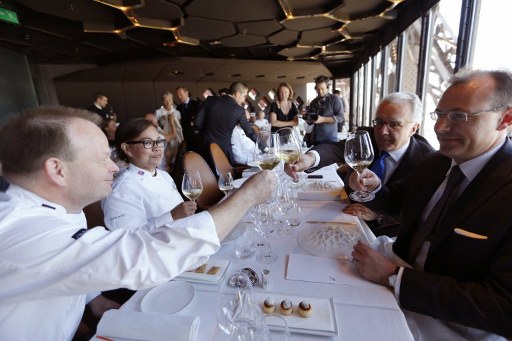 Mosimann also revealed that, long after her retirement, former British prime minister Margaret Thatcher harboured warm memories of the quality of the beef that was served during her time in Downing Street. Typically, the grocer's daughter could also remember just how much it cost. "It was delicious, but, oh, it was expensive!" Mosimann recalled the Iron Lady exclaiming. Bernard Vaussion, who has cooked for French Presidents and their guests for 40 years, confirmed that his new boss Hollande would gladly give artichokes a wide berth. But he is delighted that cheese is back on the Elysee menu after being banished from the table during the term of Hollande's chocaholic predecessor, Nicolas Sarkozy. 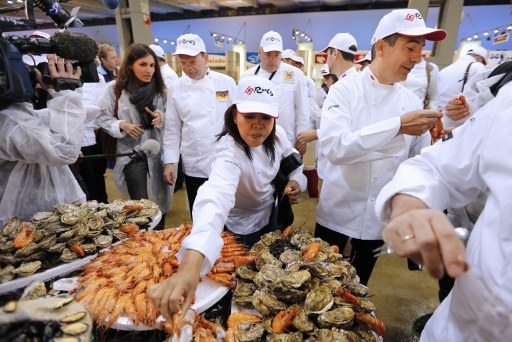 Cristeta Comerford, the head chef at the White House, would not be drawn on US President Obama's aversion to beetroot (also revealed by Bragard), perhaps anxious not to undermine Michelle Obama's drive to get American kids to eat more fruit and vegetables. By way of example, the first lady has established a vegetable plot and an orchard in the White House grounds. Monaco's Prince Albert II -- a "fine gourmet" according to his chef Christian Garcia -- is another fan of home-grown cuisine, with much of what he eats drawn from his organic kitchen garden. Offal is the only no-go area for Garcia, who has recently added the South African speciality bobotie -- a spiced minced meat dish baked with an egg-based topping -- to his repertoire of recipes following Albert's marriage to Princess Charlene.

by Sandra Lacut from AFP