Wrapped tightly in sleeping bags to keep them from freezing in frigid conditions, Australian winemaker Sirromet's bottles slowly make their way across the vast Mongolian landscape on the back of a yak.

The wine's journey from Queensland state on Australia's east coast, about 9,500 kilometres (5,900 miles) as the crow flies, to isolated parts of the sparsely-populated Asian nation is one example of the growing appeal of vintages from Down Under.

"It's really been a rapid change in attitudes towards wine," Sirromet's sales director Rod Hill told AFP of the booming demand in Asian powerhouse China. 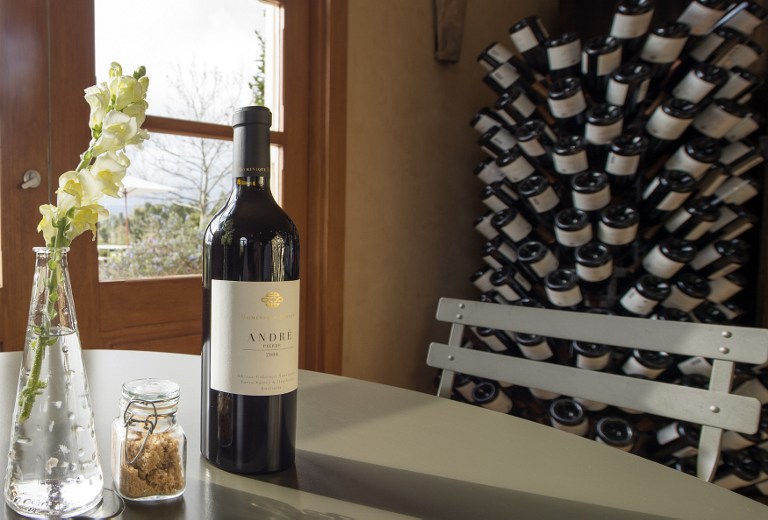 A general view of the wine Andre Pierre, at the Dominique Portet winery in the Yarra Valley town of Coldstream, east of Melbourne. ©AFP

"Five years ago, it was rare to see people in bars drinking wine. When I was there seven months ago, I just couldn't believe the size of the wine lists."

China is one of Australia's fastest-growing markets, with exports jumping 32.1 percent in the year to June, making it the third-biggest export market behind the United States and Britain, according to government body Wine Australia.

And it's not alone in the region, with demand spiking by double-digit figures over the same period in Hong Kong, Malaysia, Taiwan and Thailand.

With consumption projected to grow strongly in Asia, vintners such as Peter Thompson are going the extra mile by designing wines that cater to local palates, notably by producing lighter and less full-bodied ones.

Thompson, who is based in Margaret River -- a renowned wine-growing region on Australia's southwestern tip -- has developed "CEO", a Cabernet Sauvignon-based wine with Merlot and Malbec, with two Hong Kong businessmen.

The perfumed red blend is packaged into a heavy bottle with a gold dragon, a mythical creature synonymous in Chinese culture with power, etched on its front.

"It's an aspirational label," Thompson said. "It's just so in the mind of the consumer, that's where the wine sits, in the (chief executive officer) CEO's office.

"The consumers we are dealing with are a very carefully targeted group. It's the gift market but not the corrupt officials' market."

The distinction is crucial for Australian exporters.

For more than two years, a sweeping corruption crackdown by China has seen demand for luxury goods -- including premium Australian wine -- slip, as it cast a chill over a widespread practice of gifting officials expensive alcohol and other items.

The clampdown has so far appeared to slow rather than halt the growth trend, with China already the world's fifth-largest consumer of wines. In 2013, it overtook France to become the world's top buyer of red varieties, according to industry group Vinexpo, although white and sparkling wines are less popular. 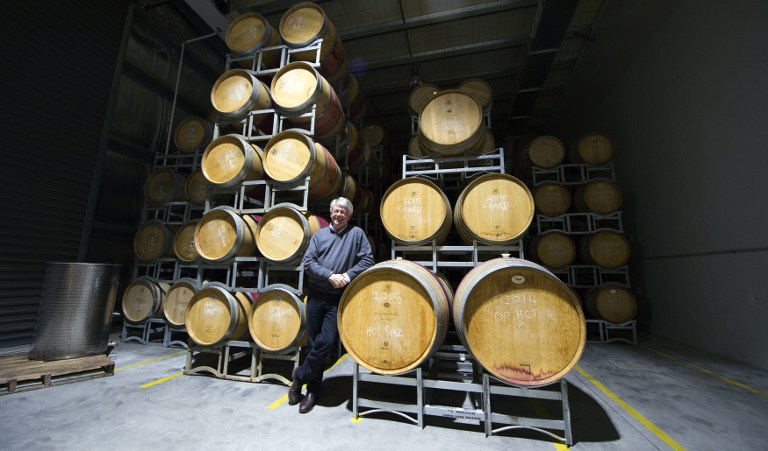 Dominique Portet, a ninth-generation French winemaker based in Australia. ©AFP

But he recently hired Chinese wine marketing graduate Della Zhang to strengthen his standing with customers.

Aided by brand recognition -- his father Andre was a vineyard manager at Chateau Lafite-Rothschild in Pauillac, a French label made famous in China by Hong Kong star Chow Yun-fat's 1989 movie "God of Gamblers" -- Portet has seen Asian demand rise steadily.

"Most Australian wine tends to be very big and rich and powerful," Portet said.

"The Chinese like something a bit more elegant, rounder in the mouth, softer."

As a group of Chinese tourists left his vineyard after a tasting conducted in Mandarin by Zhang, one businessman bought four bottles of his most expensive label Andre, costing Aus$150 (US$110) each -- and paid in cash.

"I like red wine the way I like pretty women," joked businessman Shi Cheng Li, from Tangshan city about two hours' drive from Beijing.

Yet the boost in spending power has not been matched by knowledge about the evolving world of viniculture.

In China, wines are still linked to Old World styles. France dominates the mainland market with a 42.28 percent share, according to 2014 figures from government agency Austrade.

Australia's share is 12.4 percent, and its exports into China are second by value and third by volume. 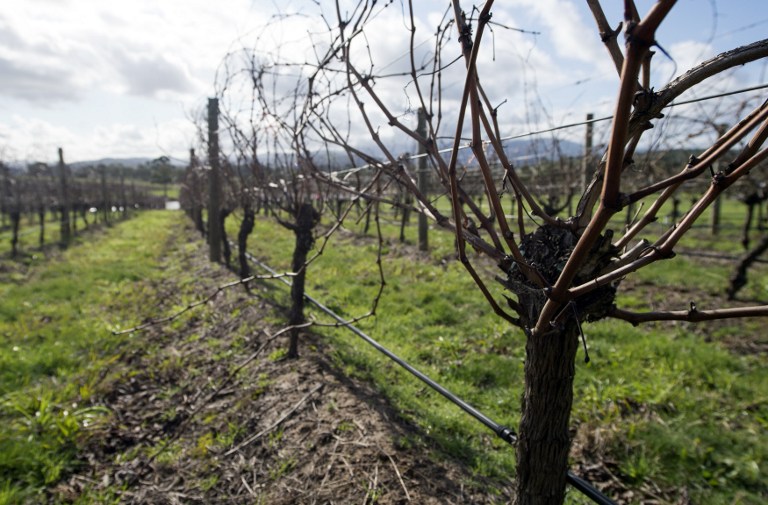 The winter vines at the Dominique Portet winery in the Yarra Valley town of Coldstream, east of Melbourne. ©AFP

The goal, Corsi said, is to make Asian consumers comfortable with Australian wines, which might help them develop a sense of brand loyalty.

Individual wineries are also designing tours focusing on Asian tourists, taking them through the whole process from bud burst to tastings from barrels and bottles.

Sommelier Tim Nicholls has entertained many Asian visitors at his McLaren Vale vineyard in South Australia state, and has seen a increasing thirst for knowledge.

With a weakening Australian dollar and recently sealed free-trade deals with China, Japan and South Korea expected to lower some tariffs, Wine Australia is expanding its presence in the region.

"The Asia-Pacific represents an important opportunity for Australia and we are on its doorstep," Wine Australia's Stuart Barclay said.

"The Asian market is also still understanding what wine really is, so the potential in Asia, specifically in China, is enormous for Australian wines."