People are still being locked up and tortured even in countries where governments have changes, leaders of the International Human Rights Federation (FIDH) said.

Nobel prize winner Aung San Suu Kyi of Myanmar highlighted the cases of Zimbabwe and China in a commentary for the Observatory for the Protection of Human Rights Defenders report. 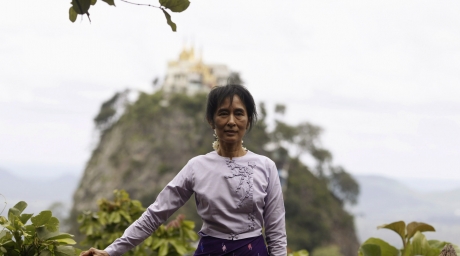 In China, the government embarked on a "massive" security deployment to prevent "Jasmine gatherings" and censored the word "Jasmine" on the Internet, Aung San Suu Kyi said in a foreword written with French rights experts Stephane Hessel. 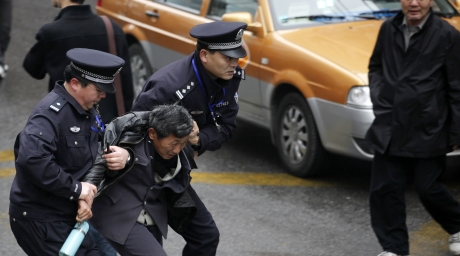 Police arrest a man in front of the Peace Cinema in downtown Shanghai, after calls for a "Jasmine Revolution" protest, organised through the internet. ©Reuters

Forty-six people were arrested and charged with treason in Zimbabwe in February for watching a video of protests in Egypt and Tunisia, they added.

"Everything is done ... to control civil society and the media: misappropriation of the legislative framework, increasing control over the funding of civil society organizations, including funds from international sources," it added.

"In China, the detention of Liu Xiaobo and the censorship of any information about the winner of the 2010 Nobel Peace Prize illustrates the fate in store for defenders in this country," the report said. 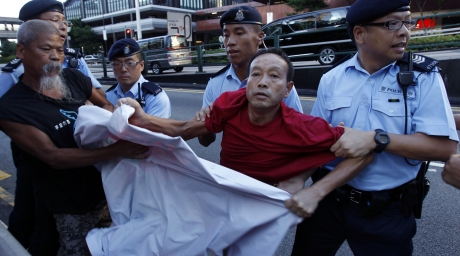 The Observatory called for stronger legal and other protection for human rights defenders, who include the heads of small farmers fighting for land rights, women battling sexual abuse as well as journalists and lawyers.

The report said that in Africa, elections are often the cause of violence and harassment. 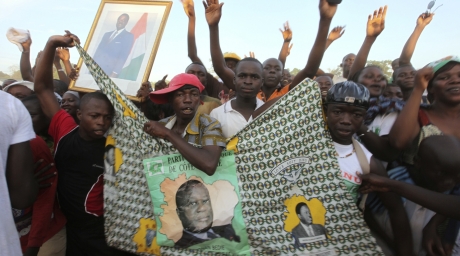 Less publicised, said the report, were restrictions on assembly and freedom of expression in Burundi, Djibouti, Ethiopia, Rwanda and Uganda.

Concern about the spread of the Arab uprisings prompted some leaders to ban demonstrations (Djibouti) while governments in Eritrea and Equatorial Guinea restricted information on the uprisings and carried out preventive arrests in Angola and Zimbabwe, said the report.

FIDH president Souhayr Belhassen, a Tunisian who took part in her country's first post-uprising election on Sunday, said she remained worried about her nation and others, such as Syria and Bahrain, where protests are still going on.

"In Egypt, unfortunately, the revolution against a military head of state brought in soldiers as a replacement," she told a press conference at the UN headquarters. Civilians, activists, journalists have all been brought before military courts.

"In Tunisia, I said I was happy about the elections, but the torture goes on. We have announced an investigation into the topic." She said there had been arbitrary arrests and judicial decisions. 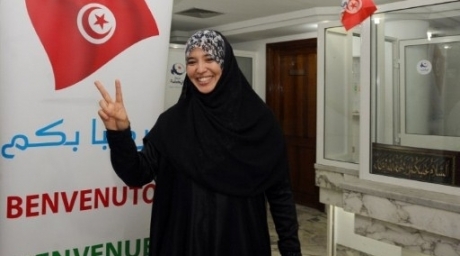 A supporter of Tunisia's Islamist Ennahda party celebrates on October 25, 2011 at the party's headquarters in Tunis. ©AFP

A group of Islamist Salafists who attacked a television station in Tunis on October 9 were held for one week and then released without charge for no reason, Belhassen said. 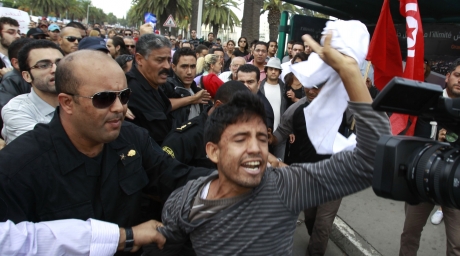 An anti-secularist demonstrator is detained by riot police during a demonstration against hardline Salafists in Tunis. ©Reuters

"We talk about the Arab Spring, but it was just a very difficult exit out of winter," she said.