Amino Mahamoud has been waiting to see a doctor for the past 10 years -- ever since a stray bullet got lodged in her left buttock. It has been there ever since. "When I was shot I didn't have any money and the main hospital was on fire so I couldn't see a doctor," she told AFP in the capital of central Somalia's Bakool region. Mahamoud was hit by a stray bullet in the capital Mogadishu. Once she was well enough to travel she returned home to Hudur, but the injury has left her incapacitated. "I feel ill after five minutes of walking and I feel pain all the time." Bakool has had no hospitals for the past three-and-a-half years when Al-Qaeda affiliated Shebab insurgents closed down a maternity clinic that had been set up in 2008. But that is about to change. The World Health Organisation (WHO) is setting up a field hospital in Hudur, after opening similar facilities in Baidoa to the south, in Dolow near the borders with Kenya and Ethiopia and in Galkayo farther north, as they try to bring health care to people across Somalia. 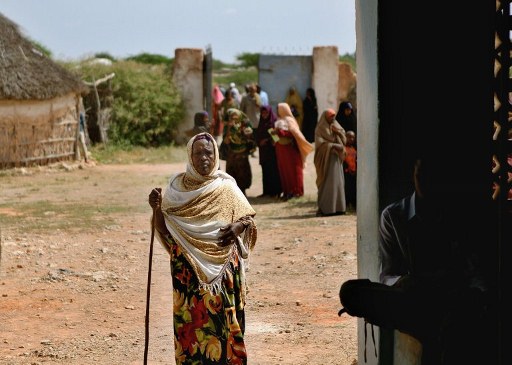 "This is the first time there's been a doctor here," 76-year-old Mahamoud said as she queued with over 100 others to finally see a health professional. The building they've chosen was once the Mother and Child health facility. "The last delivery was the wife of the Al-Shebab leader. A boy," Fatuma Abdullahi, a midwife who worked at the clinic when it opened, told AFP. "He was born at night, the next morning the International Medical Corps was kicked out." The IMC had been providing the facility with medicine and equipment. New mothers were given food, medicine, blankets and mosquito nets. "When IMC left, the stores were looted by Al Shebab," Abdullahi said. "We had to do deliveries at home because of the security problems, and because of the lack of clean things here." Since then, only emergency deliveries have taken place at the clinic. The Horn of Africa nation has been battered by two decades of conflict that claimed 400,000 lives since the 1991 ouster of former president Mohamed Siad Barre. Rival militia forces, ruthless warlords and Islamist fighters emerged in the power vacuum, each controlling their own limited fiefdoms. While the Shebab still holds large parts of southern Somalia, African Union troops, forces of the embattled western-backed government and Ethiopian soldiers have clawed back several key bases in recent months, forcing the insurgents out of Hudur on April 22. The Shebab had expelled all aid agencies that had been working in the region, and although they still control the roads which provide access to Hudur, the regional capital itself is now relatively safe. -- A message of hope -- WHO has been the first in, flying in two tonnes of equipment, three surgeons and an anaesthetist. Former store rooms at the heath facilty are quickly being turned into operating theatres, electricity has been restored, and patients can finally see a doctor. First through the door was 71-year-old Mohamed Idoor, a former government engineer. Complaining of pains in his legs, haemorrhoids and an allergy, he was told he also needs a prostrate operation, one that can't be performed here at the moment but that might be possible in six months time, when more specialist equipment arrives. "I'm very, very happy. I think I'll be OK now," he told AFP. Leading the team of doctors is Omar Saleh, the emergency coordinator for WHO in Somalia. "What happened after the famine is that everybody focused on Mogadishu, which is important yes ... but what about the other areas?" he asked after performing surgery on a seven-year-old who split open his head when the donkey cart he was riding on overturned. 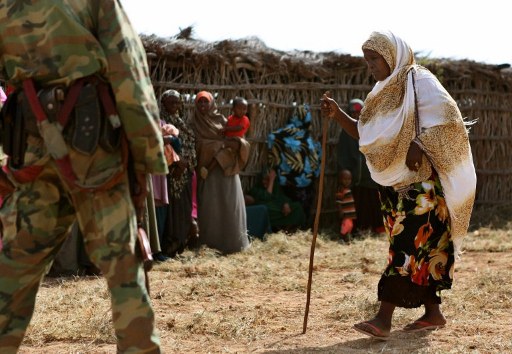 "What we are doing is sending the community a message of hope that we are here to help, they are not neglected, they are not forgotten because they are not in Mogadishu," Saleh told AFP. Tens of thousands of people fled their home towns last summer after a bruising drought saw crops fail and livestock die in huge numbers. Many streamed into neighbouring Ethiopia and Kenya, others headed to the Somali capital. Saleh now wants other aid agencies to set up in Hudur, whose 40-50,000 residents -- down about 20,000 since the Shebab came in -- desperately need help. "We have to start targeting the people where they are. The more you target Mogadishu, the more you encourage the displaced to go to Mogadishu. The more you target the people in their place, the more they stay." With word spreading around the region, many more people are expected to turn up at the clinic in the coming days. "There's 150 to 200 people here," said Saleh. "Tomorrow there will be more." Some $70,000 of equipment and medicine was flown into the town, and it will cost around $20,000 to run the clinic every month. But for many patients, the hospital didn't arrive in time. "For three or four out of every 10 patients that I've seen it is too late, it is too late to operate on them," Saleh said. by William Davies from AFP