A new lease on life for Italy's last cowboys

A new lease on life for Italy's last cowboys

A few dozen horsemen roam the hills and plains of central Italy as the last of the "butteri" cow herders, proudly holding onto a tradition that has survived for 500 years. "There aren't many of us left," said Maurizio Magagnini, 46, as he sipped wine and carved a chunk of cheese under a tree in the Monterano reserve of the Lazio region, 50 kilometres (30 miles) north of Rome. "But it's a passion for me. I feel bad when I'm not on a horse. My father was a buttero, my grandfather was a buttero... ," said Magagnini, as his piercing blue eyes squinted in the light, wrinkling his leathery skin. Magagnini owns a herd of around 100 long-horned Maremmana breed cows and a butcher's shop in town. His days are spent on horseback -- feeding, branding and herding the cows to and from pastures in the lush hill country. "I want my son to study but if it doesn't work out, he can do this," he said. Magagnini's two brothers finished school and went to work for the public telecoms company but he said it was harder now to get jobs in the city. His nephew, Simone Magagnini, is only 17 but already an experienced rider since childhood and is competing as a junior for Italy in a world championship this September for horsemanship and long-distance orienteering. "I'm still at school. It's like a hobby for me now but I want to do this after I finish. You can't get around on a car here," said Simone Magagnini, who wore the traditional white shirt, waistcoat and black trilby hat of the "buttero". 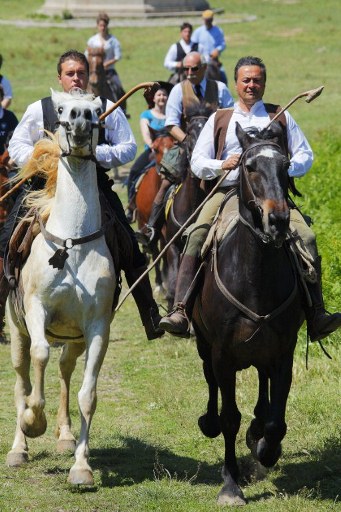 His mother, Francesca, ladled out "acqua cotta" -- a popular local vegetable soup served on a chunk of bread. "It's a great life. Very outdoorsy. We always have a picnic when we brand the cows. We really help each other out," she said. The "butteri" started out as herdsmen working for the popes of Rome on lands that were often infested by brigands and malaria in a broad coastal swathe known as the Maremma in what are now the regions of Lazio and Tuscany. They quickly became known for their horse-riding skills and were featured in the works of the many artists who visited Italy like Goethe and Byron. The men still talk proudly of the time when a group of "butteri" beat cowboys from a Buffalo Bill's circus in a competition in Rome in 1891. "After 500 years this culture is still alive in the area," said local historian and horse enthusiast Rodolfo Lorenzini, explaining that the title "butteri" is derived from the Latin words for "cow" and "herders". -- 'Think like the animals -- It was a way of life that was almost extinct until a few years ago when the influx of European funds, the growth of horse riding as a hobby and the popularity of local and organic products helped give the sector a boost. Italy's current economic crisis and the growing rates of youth unemployment have also helped encourage young local men to consider a farming life, even though it is backbreaking work that offers meagre returns. 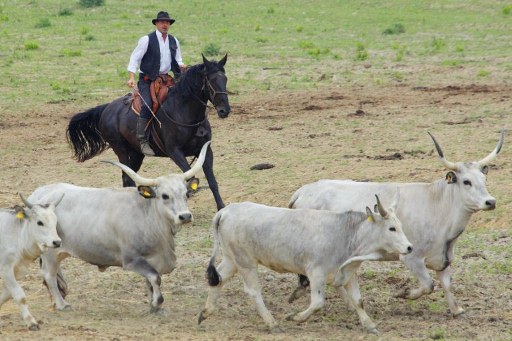 "Butteri" cow herders ride their horses in Terricola, in the central Italian. ©AFP

There are now "butteri" contests and fairs across Lazio and Tuscany and the amateurs joining in have swelled the number of "butteri" to around 1,000 people -- even though only very few still make a living from it. Paolo Chima, 50, a local ambulance driver from the hilltop town of Tolfa, considers himself an amateur "buttero" and wears the outfit for shows. "There are a lot of people doing this now. A lot of equestrian centres have cropped up in the last few years," said Chima. "I try to go out on horseback seven days a week. I don't earn anything doing this. If anything, I lose money!" he said. Some "butteri" have their own land but many lease it from state farming colleges for around 18 to 20 euros ($23 to $25) a hectare per year. The colleges provide veterinary services and infrastructure like cow pens and allow the "butteri" to keep any profits from their meat and dairy. "For many people, this is no longer the main source of income. They work in the mornings or evenings," said Valerio Finori, director of the Tolfa farming college, Italy's biggest, which administers 7,000 hectares of public land. "Without us, the industry would probably fall apart," he said. 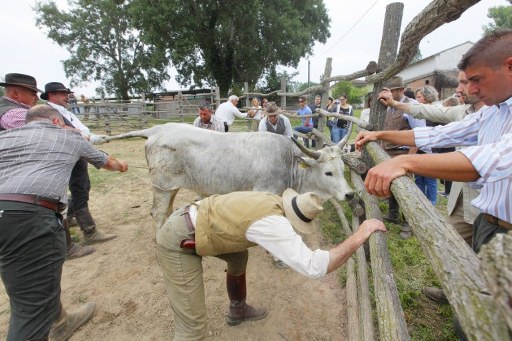 He explained that one problem was that many of the "butteri" only manage to sell beef at 2.5 or 2.8 euros per kilogram through intermediaries, whereas it would retail for up to 15 or 16 euros a kilogram in a shop. Maurizio Magagnini said it is definitely not a life for everyone. "It's hard being a buttero. It's tough in winter. It's snowing, raining, muddy but you still have to go and feed the cows or they will die," he said. "To be a good buttero you have to think like the animals. You have to know which will eat less or more. You have to be able to manage the herd."

by Dario Thuburn from AFP