Tara Das says she is the fifth generation of her family to work at the same brothel in Bangladesh, but now she is fighting against Islamic protesters who want her business to close.

The red light district in Madaripur city is thought to have been in operation for at least 150 years, and the sex workers believe the sudden wave of protests are orchestrated by developers trying to take over the valuable land.

Last month, about 10,000 people led by a new Muslim group called Islahe Kaom Parishad (the National Reform Council) rallied outside the rambling complex to call for it to be shut down and the 500 sex workers evicted.

"Ever since they held that huge rally, I could not sleep properly. Tell me where I shall go?" Das told AFP. "This is my home and this is the only job I knew from my childhood. Please save us from these religious leaders."

The brothel, founded for native jute traders during the British colonial era, is a cluster of moss-stained three-storey brick houses and tin sheds in the middle of Madaripur, 60 kilometres (40 miles) from Dhaka.

It is legal as it dates back to before Bangladesh's independence in 1971, but is now being targeted by hardline activists from Parishad. 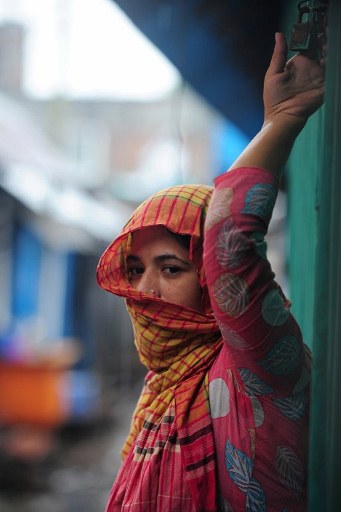 A Bangladeshi sex worker looks on at a brothel. ©AFP

The Islamic group has held a series of angry demonstrations and is lobbying city authorities on the grounds that the brothel corrupts the town's young men and must be razed.

Sex workers believe the activists are organised by businessmen linked to local politicians, and they report a campaign of intimidation including an explosive device found recently on the site and two attempted arson attacks.

"We told the authorities that we won't leave the place. Our job is lawful. We also don't have any underage sex workers here," said Momo Rani Karmakar, head of the Madaripur sex workers' union.

"We've inherited the place from our grandmothers, some of them are still alive. We are like a family here.

"It's a conspiracy to grab our land worth crores of taka (millions of dollars)," she said, adding that 110 children living in the brothel settlement go to school every day.

Since the protests started, police now patrol the area while government officials say any final decision on redevelopment is still pending. 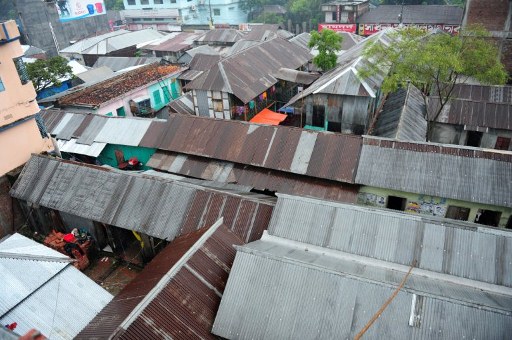 A committee, led by the regional deputy administrator, has been set up and has tried to open talks to encourage rehabilitation of the sex workers.

"Muslims and local elites don't want this centuries-old brothel in the town anymore. They said it might have served some purposes decades back, but it's not needed," Siddiqur Rahman, the committee head, told AFP.

Rahman said the authorities would start the rehabilitation process by conducting a survey to determine the number of under-aged sex workers.

"Adult sex workers will be motivated to take up other jobs," he said. "It will be done strictly on voluntary basis. A local charity will be involved."

But the sex workers told AFP that they don't want to leave or switch to other jobs. Many told how they previously left the trade but had been hounded out of other communities.

"If I don't have clients, how can I feed my five children and maintain their education," said Jhumur, 45, who uses only one name. "They want to keep us hungry and force us out so that they can take our land.

"Our clients are worried that they might be publicly humiliated. Clients have already got the impression that the brothel is on the verge of closure."

Many sex workers allege that the real reason behind the protests is the ambitions of a prominent Muslim family who are already erecting a multi-storied building next to the brothel.

The Parishad group deny such claims and say they are acting to protect Islamic morals.

"The brothel is the main source of criminal activity in the region," group secretary Ali Ahmed Chowdhury told AFP. "It runs illegal wine shops. Under-aged girls are bought and sold and it's a big source of the drug trade.

"It's shameful work. It is not a profession."

-- Battle against the brothels --

The battle against long-established brothels in Bangladesh -- a conservative Muslim-majority nation -- is spreading, with at least four red light districts closed in the last decade. 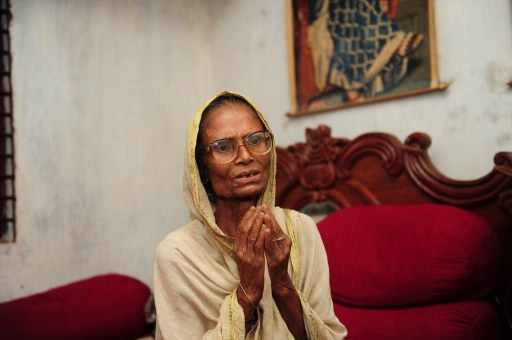 Laksmi Rani, 80, one of the oldest sex workers in the area. ©AFP

The country's largest brothel, Tanbazaar, situated on the outskirts of Dhaka, was shut down largely due to pressure from a ruling party lawmaker.

Tanbazaar, established in 1888, was converted into a market and many of the 2,600 sex workers ended up on the streets.

"Anti-vice" groups have also threatened to close other brothels across the country, according the charity ActionAid which provides some advocacy services to those affected.

In Madaripur, the sex workers are determined to avoid such a fate.

"We have told them that unless you shoot us down, you can't throw us out of here," said Morzina, who lost her husband two years ago and was forced to return to the brothel to make a living.

"We will raid the houses of the Muslim leaders if they come here to evict us," she said.

by Shafiq Alam from AFP