Kazakhstan is attempting to preserve one of the rarest breeds in the world - tazy. This extremely graceful national breed is not entered on any official register, because of the population of these dogs is too small. To help save the breed a pedigree show was organized in Astana by Kansonar, an association of hunting companies and hunters, and the Association of National Sports of Kazakhstan. The show was attended by 158 tazy from 12 regions of the country. They took part in various competitions, including rabbit hunt (the bait was not a live animal, but an animal skin on a finishing line). The long-term goal of Kansonar is to create a stud book outlining definite standards for the breed and eventually make the breed an officially recognized one. 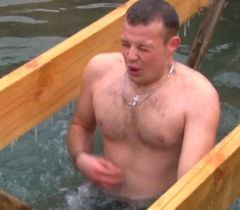 Flower boom in Kazakhstan: Spring is in the air